BGoldN was formed to help community members who have been affected by the COVID-19 outbreak in the city of Golden. 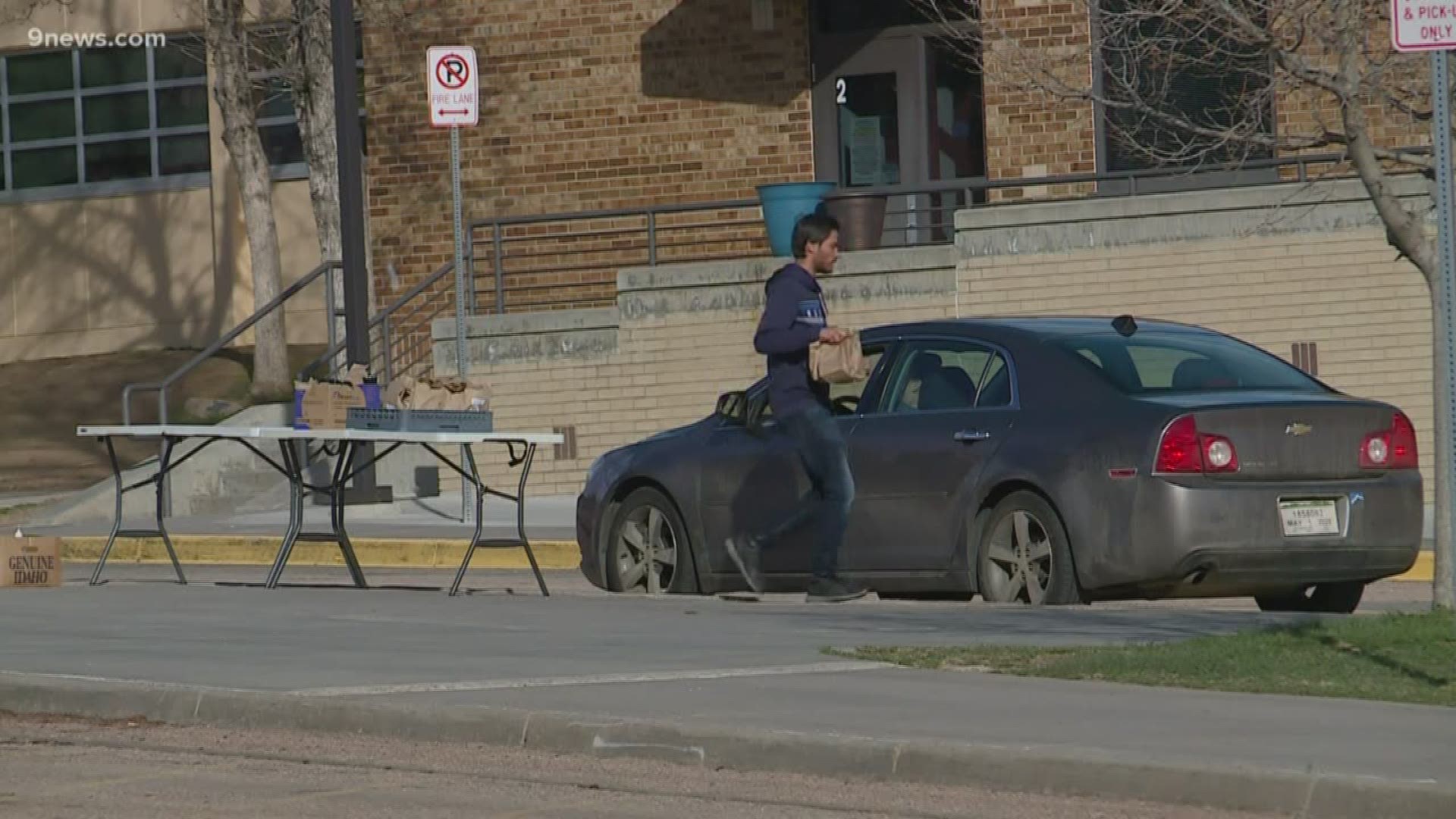 GOLDEN, Colo. — Golden has formed a partnership between businesses, volunteers and the community to provide a meal for people in need and help local restaurants stay afloat.

Mayor Laura Weinberg came up with the BGoldN project a few weeks ago, according to the city.

BGoldN pays ten local restaurants at-cost to make meals that are then passed out by trained volunteers to people who need them.

Volunteers will either drop food off at a home for someone high risk or in quarantine or hand the meals out to people in a drive-up fashion at Bell Middle School in Golden twice a day, Monday through Friday. Breakfast will be handed out at 9 a.m. and lunch at 1 p.m.

“The whole concept is to have a one-stop-shop,” Tyson Noeth with the Golden Backpack Program said.

His non-profit is helping in BGoldN's mission.

“As this grows, and as we see the need coming, then we will ‘up’ our meals with our restaurants.”

The project officially kicked off Monday, and Noeth said BGoldN is purchasing around 60 meals a day for about $800. Two restaurants split that pay, with one restaurant making breakfast and the other making lunch.

The city said the program is getting off the ground thanks to initial financial and logistical support from a variety of entities which include The Golden Civic Foundation, the Golden Backpack Program, the Neighborhood Rehab Project, individual donors, and the City of Golden’s Disaster Relief Fund.

The disaster relief fund also helps with housing and utilities for people in Golden who are struggling, according to Noeth.

Money from BGoldN is also used to purchase shelf-stable foods from restaurants that go to food banks.