The venue had closed voluntarily after hosting large gatherings over the weekend. Tri-County Health said they had 'repeated complaints' last fall. 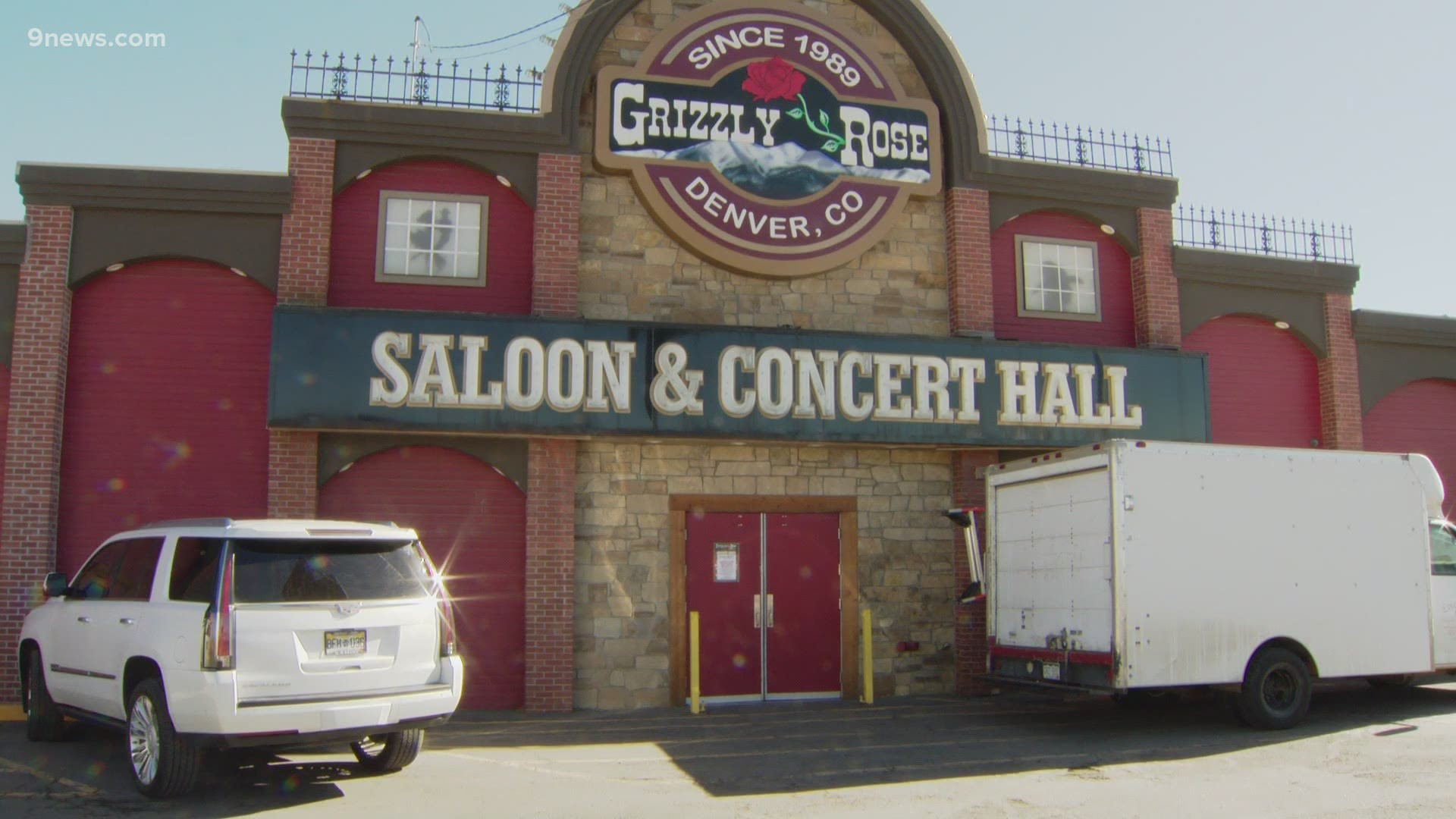 Brian Hlavacek, the director of environmental health for TCHD, said the owner contacted the department Tuesday morning and said they would "temporarily and voluntarily close". Now they're being forced to close through a TCHD order that was issued later that day.

The owner said he would use the closure to reevaluate how he can operate in a safe manner, according to TCHD. A message at the top of the Grizzly Rose website says it's "currently closed" and says to stay tuned for future updates.

Under current COVID-19 restrictions, the venue is only allowed to operate at 25% capacity or a maximum of 50 people, whichever is fewer. That means, according to TCHD, they had a limit of 50 people.

Under the order, Grizzly Rose must remain closed until TCHD determines they're in compliance with health orders.

After "repeated complaints last fall" and attempts to gain voluntary compliance, TCHD issued a Warning Notice for non-compliance in October, a statement from the agency says.

At the time, Grizzly Rose voluntarily closed and just recently reopened, according to the health department. TCHD said it conducted a compliance call with the owner as recently as last week to discuss the current rules and requirements.

Any person who violates a public health order could be found guilty of a class 1 misdemeanor punishable by a fine of up to $5,000 and 18 months in jail.

TCHD could also seek a court order to enforce the public health order.