Gyms were among the businesses in Douglas County. Restaurants, churches and Park Meadows mall were also allowed to reopen. 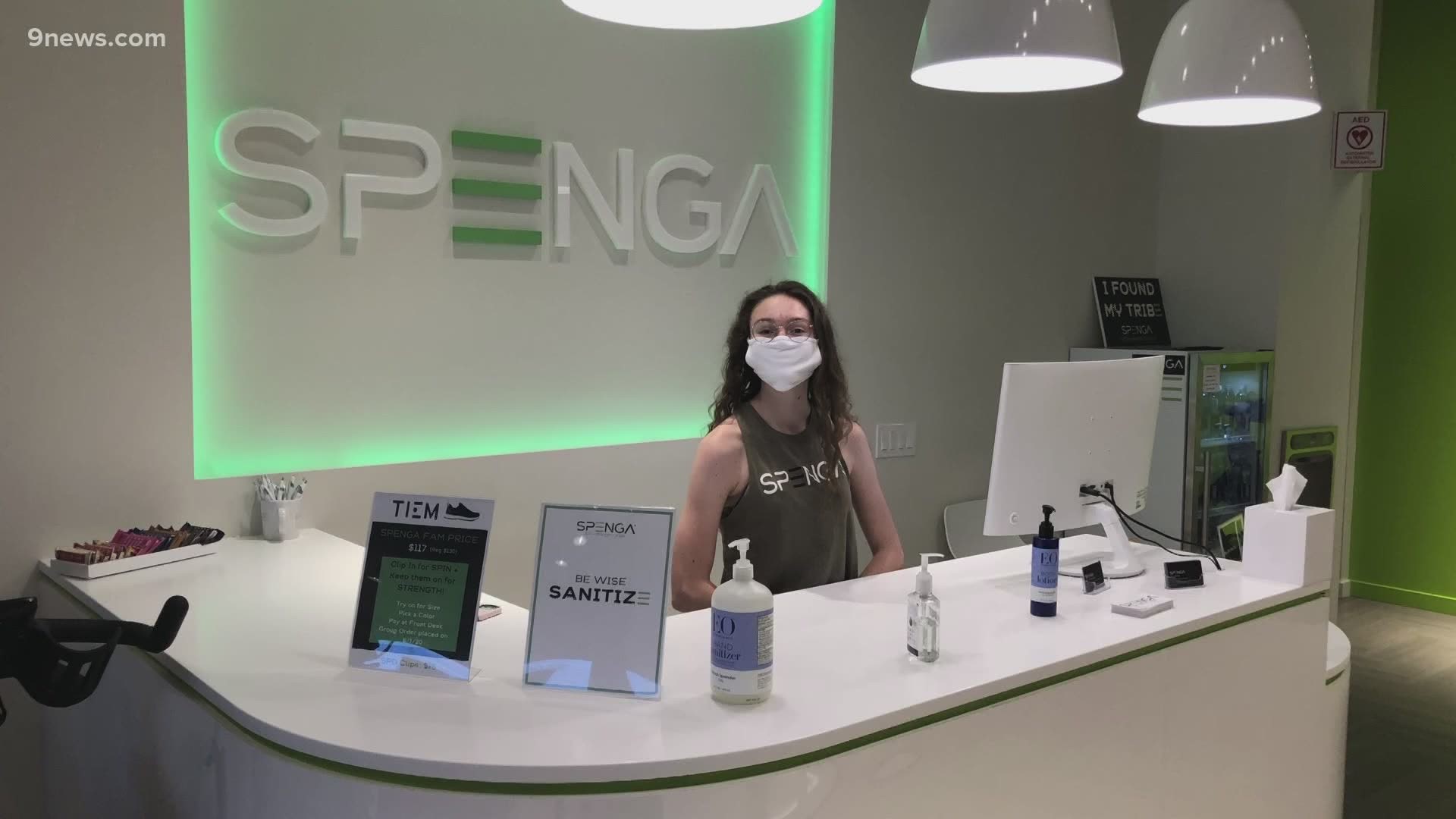 HIGHLANDS RANCH, Colo. — Now that gyms in Douglas County have been given the green light from the Colorado Department of Public Health and Environment, their owners and staff have been putting in work over the weekend to comply with the state's safety measures.

Gyms were among the businesses in Douglas County that were granted a variance by the executive director of CDPHE Friday night. Restaurants, churches and Park Meadows mall were also allowed to reopen.

In a two-page letter, the head of the state health department granted the detailed proposals with one amendment: capping occupancy levels at 50 percent of the posted capacity, allowing for a minimum of 28 square feet per person not to exceed 175 people, the letter said.

Gyms would require much more spacing. According to the request from the county, gyms would need 120 square feet for each person inside. Customers must stay six feet apart and immediately sanitize any equipment they use. Locker rooms would remain closed.

"Talking with my instructors, they were almost in tears because they were excited to reconnect with everybody," said Michelle Hettinger, the general manager of SPENGA Highlands Ranch.

Though the variance said businesses can open at half capacity, Hettinger said no more than 12 people will be allowed in their classes. Because SPENGA's classes include spin, yoga and strength workouts, a few bikes and weights had to be removed for proper spacing. Video from an employee shows the gym's equipment is separated by eight feet.

Lockers are also off limits "we don’t want people to have to touch the lockers," they said.

Gyms aren't required to enforce that people wear masks, but Hettinger said SPENGA's instructors will wear them between workouts.

RELATED: Here's how restaurants in Colorado can open for on-premise dining

No equipment will be shared. Hettinger said each piece will be disinfected and wiped down after each class so that the space is clean and ready for the next person who uses it.

"I do feel they’ll feel very comfortable and very safe in our facility," she said.

SPENGA scheduled six in-person classes for Memorial Day and "most of them have at least three-fourths full and some of them are at capacity," she Hettinger said.

Hettinger said the gym will continue to offer the virtual workouts they've been doing while closed. She said she still wants to be respectful to people who are understandably not ready to be around others.

If cases start to increase too much in Douglas County, this variance can be rescinded.