Early deaths from disease may have been attributed to pneumonia or other illnesses. Some cases are being held open for additional testing. 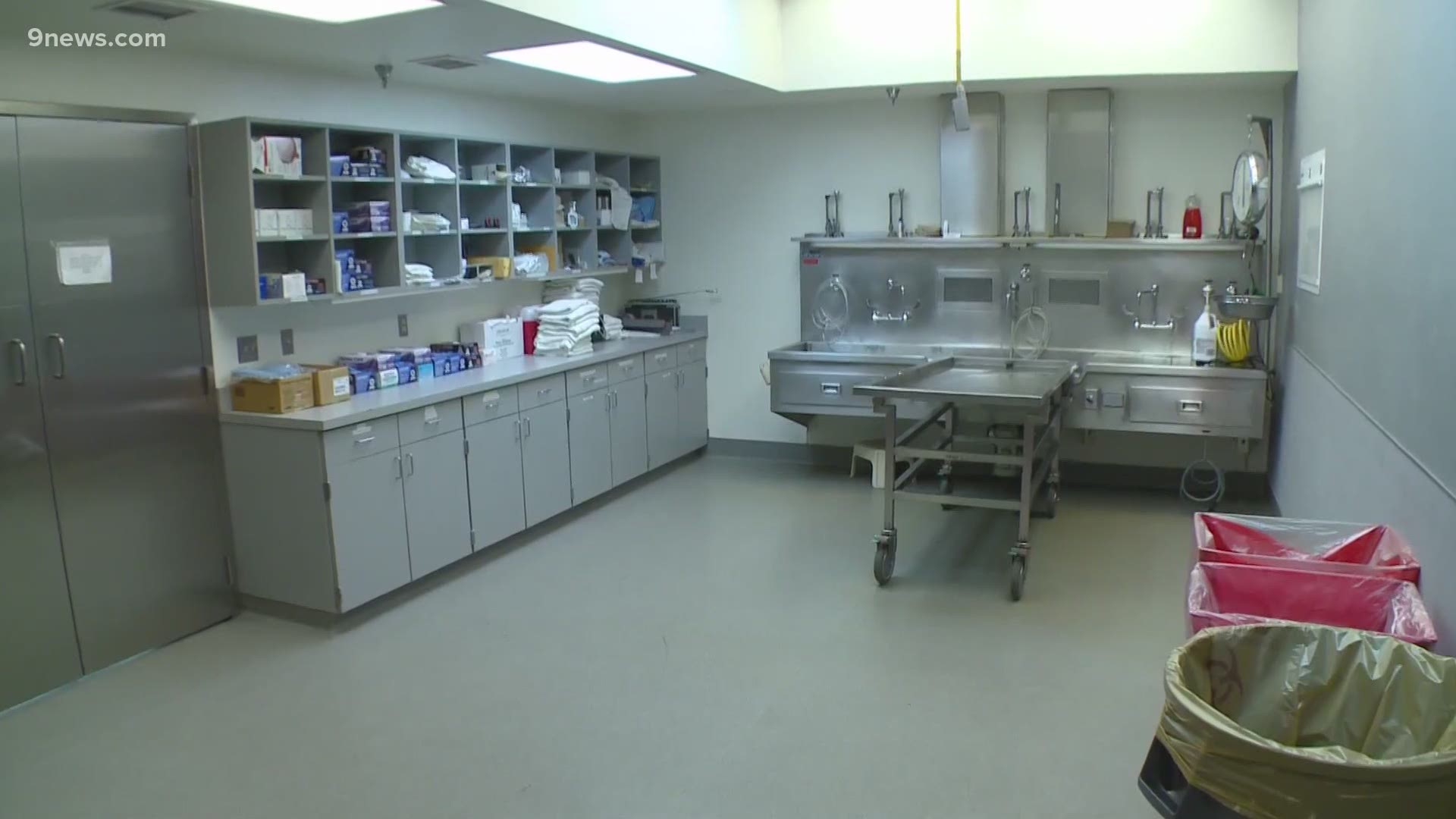 DENVER — Even as COVID-19 has already claimed more than 500 lives in Colorado, public health experts and coroners believe some deaths from the disease haven’t been counted because they were mistakenly chalked up to pneumonia, respiratory failure or some other condition.

> This story was done as part of the Colorado News Collaborative. 9NEWS joined this historic collaboration with more than 40 other newsrooms across Colorado to better serve the public in these trying times. Look for more collaborative stories on Sunday.

RELATED: COVID-19 cases at nursing homes, senior-care centers account for nearly half of all COVID-19 deaths in Colorado

“I have no definite proof of this, but I firmly believe that there have been a number of deaths at least linked to COVID-19 that will never be attributed to COVID-19,” Johnson said.

His reasoning – shared by other health experts and coroners – is simple: In the early weeks of the disease’s spread, when little was known about COVID-19 and tests were even less available than they are now, cases were missed.

It’s a reality the state’s coroners are confronting.

“Douglas County death investigators are all board certified and for them to miss something currently – now – the likelihood is much lower,” the county’s coroner, Jill Romann, told 9Wants to Know. “Back in the day I would say, of all of our natural deaths, of all the ones that presented with pneumonia, coughing and fevers, back in the day we probably missed them all.”

Romann, like other coroners, has looked back through cases from before mid-March to try to identify ones that may have been mistakenly classified as having been caused by another disease.

“There are two that I've looked at that are now somewhat questionable – have the classic signs,” Romann said.

Lear had one case in particular that she held open for more than two months – the death of a man in his 40s in early February who had no significant pre-existing health conditions.

“He showed all the symptoms and had very severe lung disease, and it looks at autopsy like what we are hearing, you know, COVID-19 lungs look like,” Lear told 9Wants to Know. “This was early February, so this wasn’t something that was on my radar as far as his cause of death.”

She ordered tests to look for influenza and other viruses that attack the respiratory system. They all came back negative.

“I was basically ready to sign his death certificate as severe lung disease due to unknown infection,” Lear said.

But by then it was mid-March, and COVID-19 was front-and-center. So she requested further testing from the Centers for Disease Control and Prevention in Atlanta, then waited.

Thursday she got the results: Negative for COVID-19.

In Gilpin County, coroner Zane Laubhan investigated the death of a woman in her 50s in mid-March. She had little medical history, and though she was a smoker the damage to her lungs was more than what he would have expected.

It came back negative, but he’s not ready to sign off on the case. The reason: some percentage of COVID-19 tests give false negatives.

“You have to consider if this is COVID even though the test is negative,” he said. “We just have to be cautious and look at all the facts presented regarding the case and the cause of death. Sometimes the cause of death is going to be determined by the elimination of other relevant causes.”

To that end, he’s awaiting the results of toxicology tests to see if they might solve the mystery.

Part of it is complicated by the reality of death investigation, where there are few absolutes.

That means looking at the health records of the decedent. Talking to family. Considering what can be ruled out.

“We all hope for the cause of death, or the recognized illness, but you know it is all based on who we are is professionals – but most importantly who we are with experience,” Romann said. “And I can tell you this: We're all trying to do our best, but the best will never give you the exact circumstances.”

Even as the work to look at those cases is ongoing, state health officials have announced plans to start adding “probable” COVID-19 deaths to the state’s tally. Those are cases where there was no test for the disease done but a doctor concluded the cause of death was COVID-19 or an “equivalent,” such as COVID or coronavirus. That change is expected to add about 130 deaths to Colorado’s count – already above 500 – in the coming week.

There are good reasons to try to get the count exactly right, said Dr. Rachel Herlihy, Colorado’s state epidemiologist.

“It behooves us to go back and look at our prior cases,” Laubhan said. “It’s unfortunate that frankly those cases had a bad outcome, but the whole purpose of this is to prevent additional loss of life.”