The director of the Weld County Department of Health and Environment announced his retirement less than three weeks later. 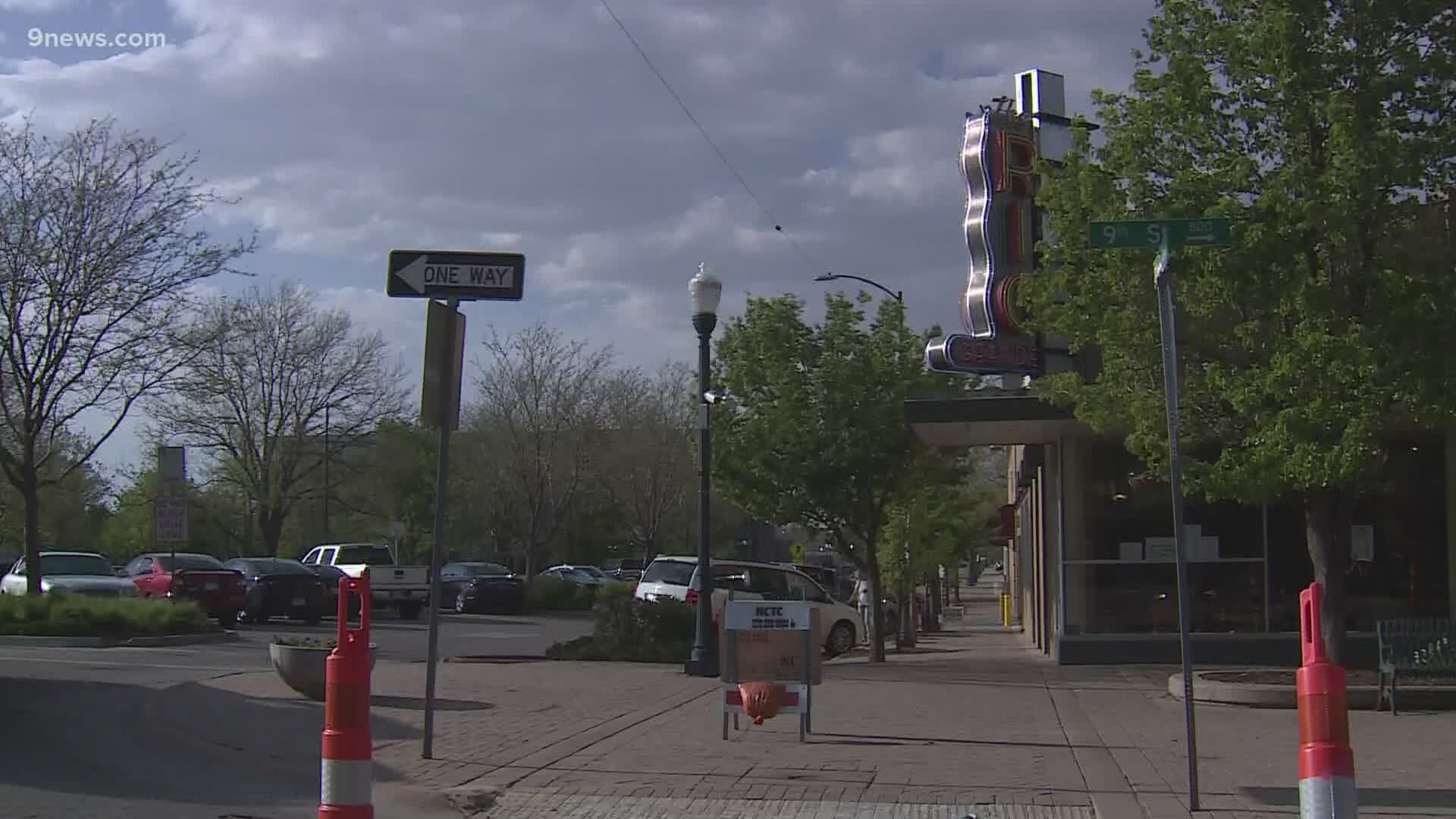 WELD COUNTY, Colo. — The director of the Weld County Department of Public Health and Environment warned county commissioners the county had not met many of the federal and state guidelines for reopening, just days before commissioners made the decision to allow all businesses to reopen if they wanted to.

Emails obtained by 9NEWS through a public records request show Dr. Mark Wallace told commissioners in an April 22 email about the risks of easing restrictions too quickly.

"Weld County has not met the threshold for reopening of a downward trajectory of cases. Any relaxation of restrictions should to be cautiously staged given the risk of even wider spread of the disease," Wallace wrote in his email to all five commissioners.

He signed the email writing, "I have serious heartburn looking at our data in Weld County."

On April 27, five days after Wallace sent the email, Weld County commissioners released a set of guidelines allowing all businesses to reopen whenever they chose to do so. It was the first county in Colorado to defy orders issued by Governor Jared Polis to limit the spread of COVID-19.

"They’re just that. They’re guidelines. That’s not a mandate. That’s not a law. It’s guidelines," said Commissioner Kevin Ross speaking of the guidelines issued by the White House. "People have those personal liberties. We as government should not be taking away those liberties."

Less than two weeks after commissioners allowed businesses to open, Dr. Wallace announced he would retire at the end of May. Wallace had worked in Weld County for 25 years and had served as the director of the department since 2000.

9NEWS reached out to the Weld County health department multiple times over the last month asking for an interview with Dr. Wallace. The request was never granted.

When asked if Wallace was pushed out of his position at the health department by county commissioners, Ross responded that he did not believe that was the case.

"Absolutely not. No," said Ross. "Dr. Wallace came to us and said he wants to spend more time with his family and I take Dr. Wallace at his word."

In another email sent by Dr. Wallace to commissioner Steve Moreno on April 20, Wallace acknowledges that the push to reopen businesses was distracting the Weld County Department of Public Health and Environment from their work.

"Reopening discussions and preparing guidance documents are taking time away from staying current on the Weld County cases and outbreaks." Wallace writes. He adds, "Please know we are really tired and stressed as we strive to do our best to protect the residents of Weld County."

The Colorado Department of Public Health and Environment reports at least 125 people have died from COVID-19 in Weld County, the fourth most in the state. At least 2,358 have tested positive for the virus in the county.

In another series of emails, employees at the Weld County Department of Public Health conversed about being surprised by the announcement allowing all businesses to reopen.

One email from a staffer describes the decision as "like a bomb just got dropped on all of us." Another email states, "Everyone heard it on the radio, but none of us were aware of this."

Commissioner Scott James disputes the department of health was blindsided, saying commissioners worked with Dr. Wallace to release the guidelines.

"While I’m empathetic that his staff had an air of disarray about them, that’s not because of a lack of communication from the board of commissioners. I would ask Dr. Wallace about his communication with his staff," said James.

While Governor Polis has threatened to withhold state funding from Weld County if it does not comply with state orders, commissioners said they are in compliance and are not worried about the threat.

"We don’t appreciate that the governor would threaten the people of Weld County," said Commissioner Barbara Kirkmeyer.

"We cannot rely on what the state decides to do there," said Ross. "Weld County has always practiced fiscal responsibility and we are prepared to fund our response to COVID ourselves as a county."

The focus of commissioners in Weld County now shifts to the economy and giving people the option to get back to work.

"We’re mainly concerned about the economic disaster that’s been created with the oil and gas industry and that we’re afraid is being created in the agricultural industry as well," said Kirkmeyer. "There are a lot of essential businesses. Mission-critical businesses. Oil and gas and agriculture. That’s the majority of our workforce in Weld County."

When it comes to testing, all five commissioners told 9NEWS they support an increase in the number of tests administered, but want to make sure the county has the capacity to test both symptomatic and asymptomatic people.

Weld County is home to some of the largest and deadliest outbreaks in the state. At least 22 residents have died at the Centennial Healthcare Center in Greeley. At least 264 employees have tested positive for COVID-19 at the JBS meatpacking plant in Greeley.

"I’d like as much testing as we could possibly get. But if the metric for which we are going to be judged is a downward decrease in positive tests, then there’s no way we’re going to get that with an increase in testing," said James. "I would advocate for a change in the standard by which the CDC looks at us, by which the state looks at us. I ask for a decrease in hospitalization rates. I think that’s a more fair assessment."

Commissioner Freeman says about 11,000 people have been tested for COVID-19 in the county so far. They hope to nearly triple that number in the coming months to test at least 10% of the population.

While Weld County commissioners advocate for individuals to choose when they can safely reopen businesses, some are still wary of their own family members going out in public.

When asked by 9NEWS what he would tell employees who do not feel safe to go to work at a business that is open, he responded saying, "I can’t speak for individuals. They have to make those decisions about whether an environment is safe or not."