History shows opposition to mask orders is nothing new

During the Spanish Flu outbreak in 1918 there was a similar debate about masks and whether there should be mandates to wear them. 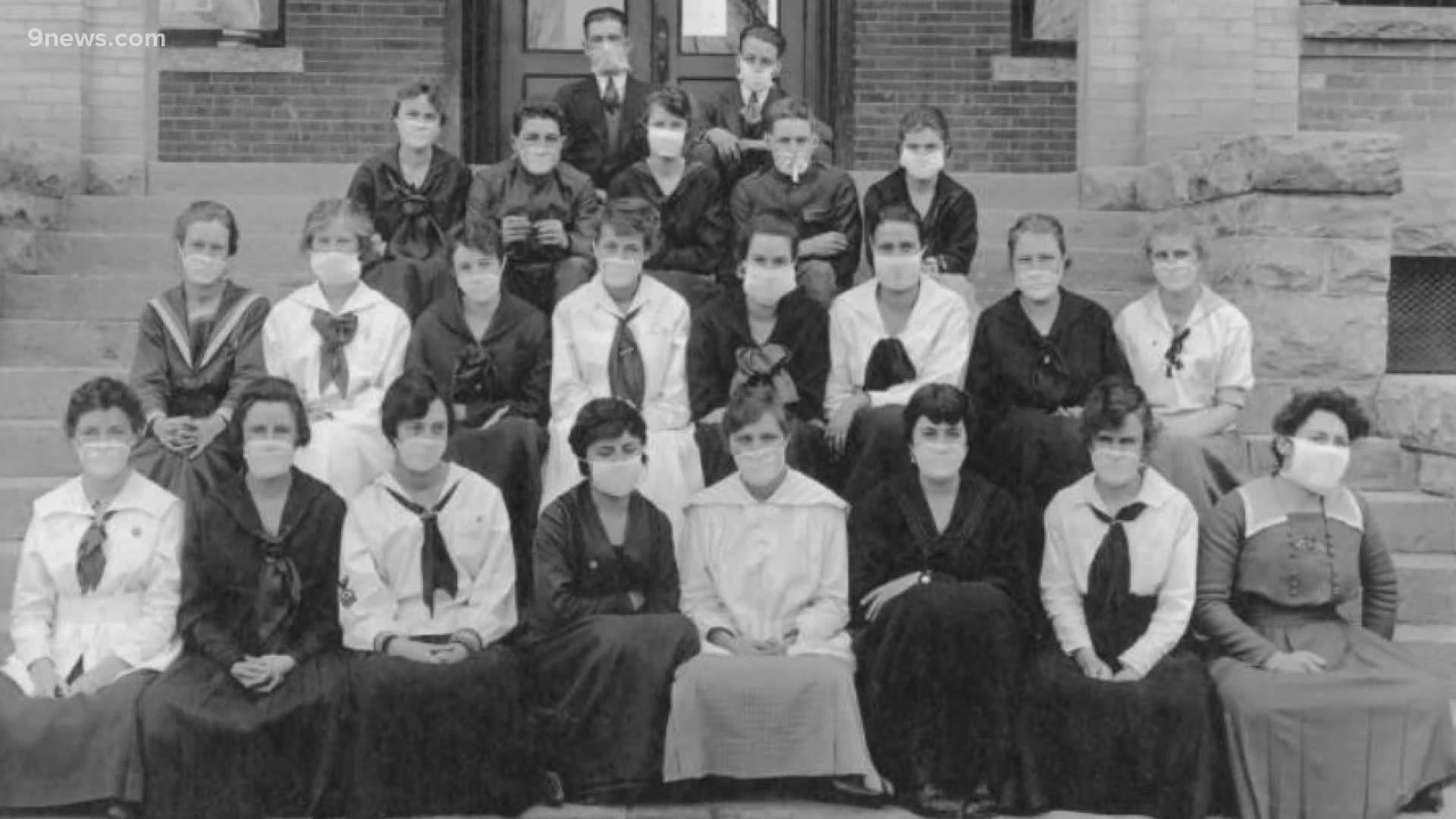 DENVER — As the old saying goes, history has a way of repeating itself.

This holds true for anyone looking to compare today's COVID-19 pandemic to the Spanish Influenza outbreak in 1918.

It’s estimated about 1,500 people died in Denver and 8,000 across the state when that particular pandemic swept through Colorado.

RELATED: What can Colorado learn from the 1918 Pandemic?

"It’s actually very interesting to see how things are almost the same as they were in 1918 in terms of the response," said Blair Gifford, a global health management professor at the University of Colorado Denver (CU Denver).

Though this is the first time most, if not all, Americans are collectively having to practice safety exercises like social distancing, a lot of the measures aren't exactly new, Gifford said.

He said neither are debates which have become all too common like public health versus the economy.

"Whether we should quarantine more or get back to work more – the same thing happened in 1918," Gifford said.

Government officials closed schools and businesses and did away with public gatherings. And a lot of communities either recommended or required people wear masks in public which received the most scrutiny.

"Some people said, 'the city authorities can't make me do this,' and 'I trust in higher authorities than this,'" said Stephen Leonard, a history professor at Metropolitan State University in Denver.( MSU Denver)

Leonard said Denver briefly had its own mask order, but it didn't last long. He said that's partially because "a lot of people questioned whether they did any good at all."

Leonard's extensive research into the 1918 pandemic turned his attention to old newspaper articles where one Denver salesperson was quoted that she wouldn't wear a mask because her "nose went to sleep" every time she put one on, he said.

He also found an old Rocky Mountain News article from that year with the headline, "Masks Not Popular; Many People Ignore Health Board Rules." In that article, a different woman said “an authority higher than the Denver Department of Health was looking after her well-being.”

Globally, the Spanish Flu was estimated to have killed at least 50 million people. 675,000 of those deaths happened in the United States.

"We should've learned something from what we went through before and unfortunately we didn't learn it," Leonard said.

Another complaint about previous mask orders is something that's still echoed today - law enforcement not having adequate resources to enforce them, according to Leonard.