Dr. Karyl Ting of Fort Collins said she wanted to help people visualize how many people have died from the virus. 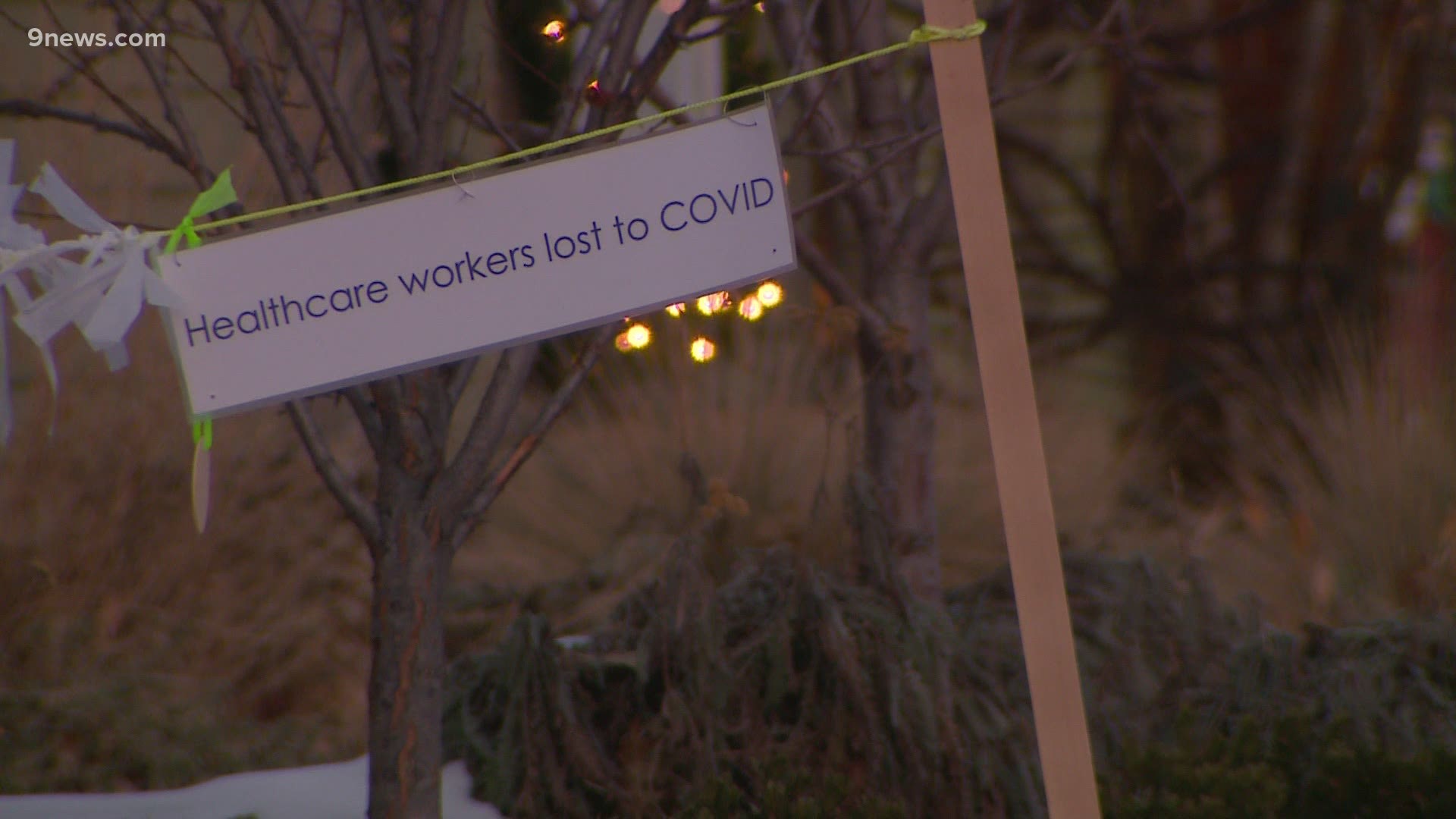 FORT COLLINS, Colo. — It's hard to comprehend the number of people who have died from COVID-19 in the United States.

A Fort Collins woman took it upon herself to try and honor the healthcare workers who’ve died from the virus with a memorial spanning her entire neighborhood block.

A doctor. A nurse. A pharmacist. A first responder.

Dr. Karyl Ting has a ribbon for each life lost.

It's enough to line the sidewalk in front of Ting’s house, from one corner to the next.

"I want them to see the scale of what this means," said Ting. "There are at least 2,900. The actual number that I used was 2,921, which seems to be the best available data that there is."

The number comes from an investigation done by The Guardian and Kaiser Health News. The government hasn’t released data on how many healthcare workers have died from COVID-19 in the United States.

The report tallying up the number of healthcare workers lost to COVID-19 includes people like doctors, nurses, social workers and administrators along with others.

This number is personal to Ting as she worked for decades to treat the sick and help the injured. Now she wants to make sure she can honor the sacrifices of her colleagues.

"I was a doctor for 38 years. I retired two years ago," Ting said. "Whether they’re doctors or they’re orderlies, these are people who were doing their jobs who sacrificed. They were on the front lines, and they died."

The number of victims of the pandemic has grown to a number that’s difficult to visualize. On a neighborhood block in Fort Collins, the toll the virus has taken is on display.

Ting said she wants everyone to look.

"I got about halfway down this line before I started crying," she said. "Each one of these are people. People don’t know it, but they should know it. The folks that are doing this care are sacrificing so much."