Over 80,000 Americans are in the hospital & more than 1,000 are dying each day from the novel coronavirus. 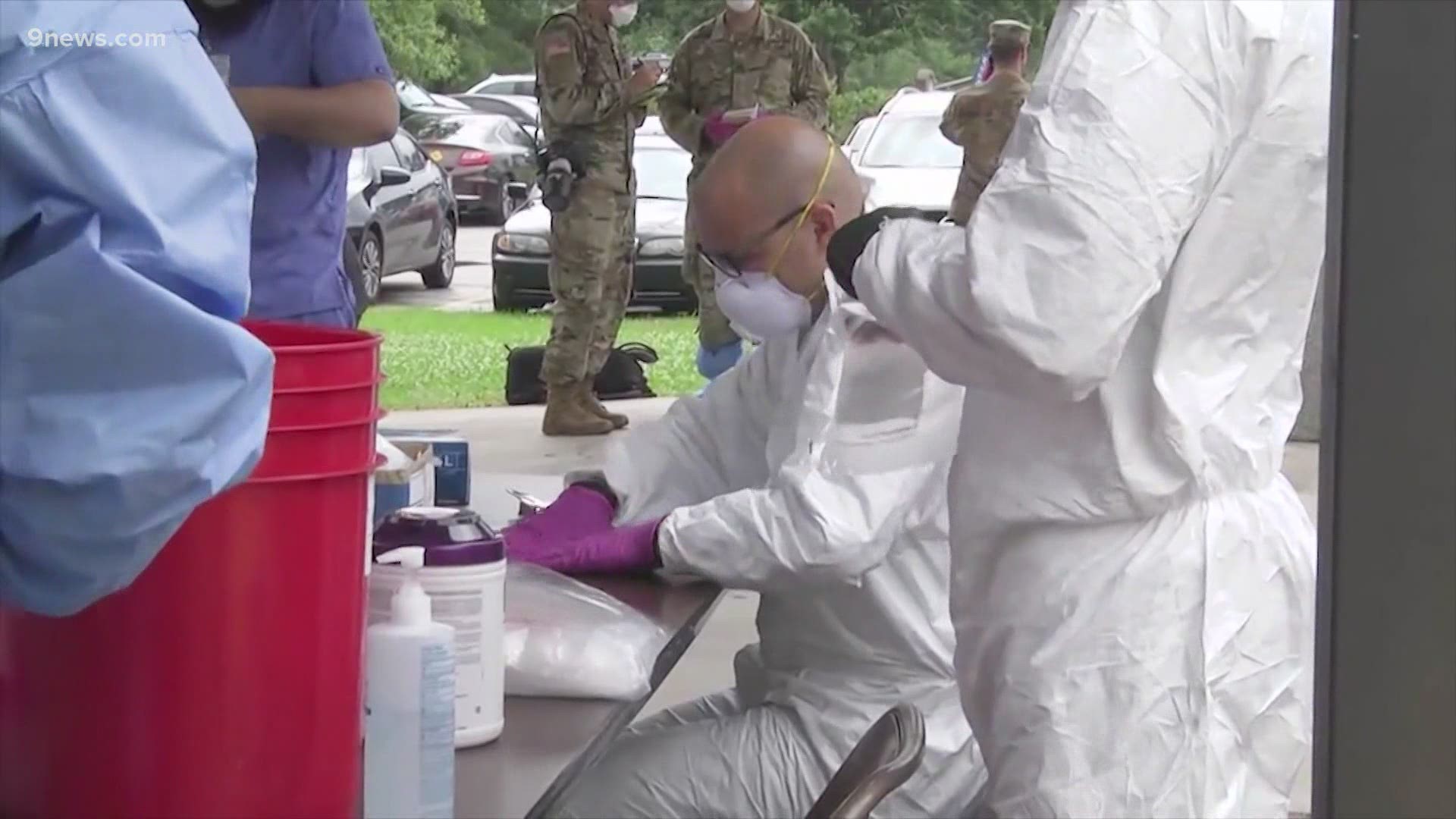 DENVER — As more and more people test positive for COVID-19 and hospitalizations rise in Colorado, the same daunting story is playing out across the country.

"Over 80,000 Americans are in the hospital, and more than 1,000 Americans are dying each day from COVID-19," said Dr. Michael Salem, president and CEO of National Jewish Health in Denver. "This is a very serious issue."

"The physicians, the health systems, the frontline workers who are there each and every day managing the suffering of these patients and their families," Salem added. "We see the importance and how mask wearing works, social distancing works, washing hands works."

National Jewish Health is among 115 health care systems nationwide that have joined together with an urgent plea for all Americans – mask up.

"So many people call our healthcare workers heroes, but how can they call them heroes if they're not treating them like heroes?" asked Rhoda Weiss, a national healthcare consultant in Los Angeles with 40 years in the medical industry.

In mid-November – as the third wave of coronavirus began to surge across the country – Weiss was approached by Cleveland Clinic to recruit health systems and hospitals nationwide to the #MaskUp collaboration.

"Too many people are not masking," said Weiss. "Some people say, 'Please mask.' We say, you need to mask."

Cleveland Clinic first thought only a few dozen health systems would join the effort. As of Sunday, 115 hospitals and health systems across the country have agreed to come together to spread the #MaskUp message.

"It now represents thousands and thousands of hospitals across the United States, and we’re so excited because we can’t not do something," Weiss said. "Most of these healthcare systems compete. While yes, we compete, this is something we have to collaborate on. If all of us come together and all of us collaborate, than we're going to make a difference."

The next several months will be critical, both Weiss and Salem agreed. Though there has been positive news about vaccine development, no one knows when those vaccines will be ready for widespread use. In the meantime, everyone must remain vigilant, take precautions and follow public health orders, they said. That's what the #MaskUp campaign is all about.

"Bringing the medical community together with one voice, with the credibility of those on the frontlines, was really an easy thing for us to support because we’re passionate about it and we know masking works," said Salem.

Thousands of hospitals that usually compete, are uniting with an urgent plea to the public  – wear a mask. Because, they say, it's too important not to.

"Do it for you, do it for your family, do it for friends, neighbors, your brothers and sisters," said Dr. Salem. "We're all going to do better in the end if we mask up."