Colorado's trouble testing for COVID-19 could give us a false sense of security, suggesting cases are leveling off when we really just might not be finding them. 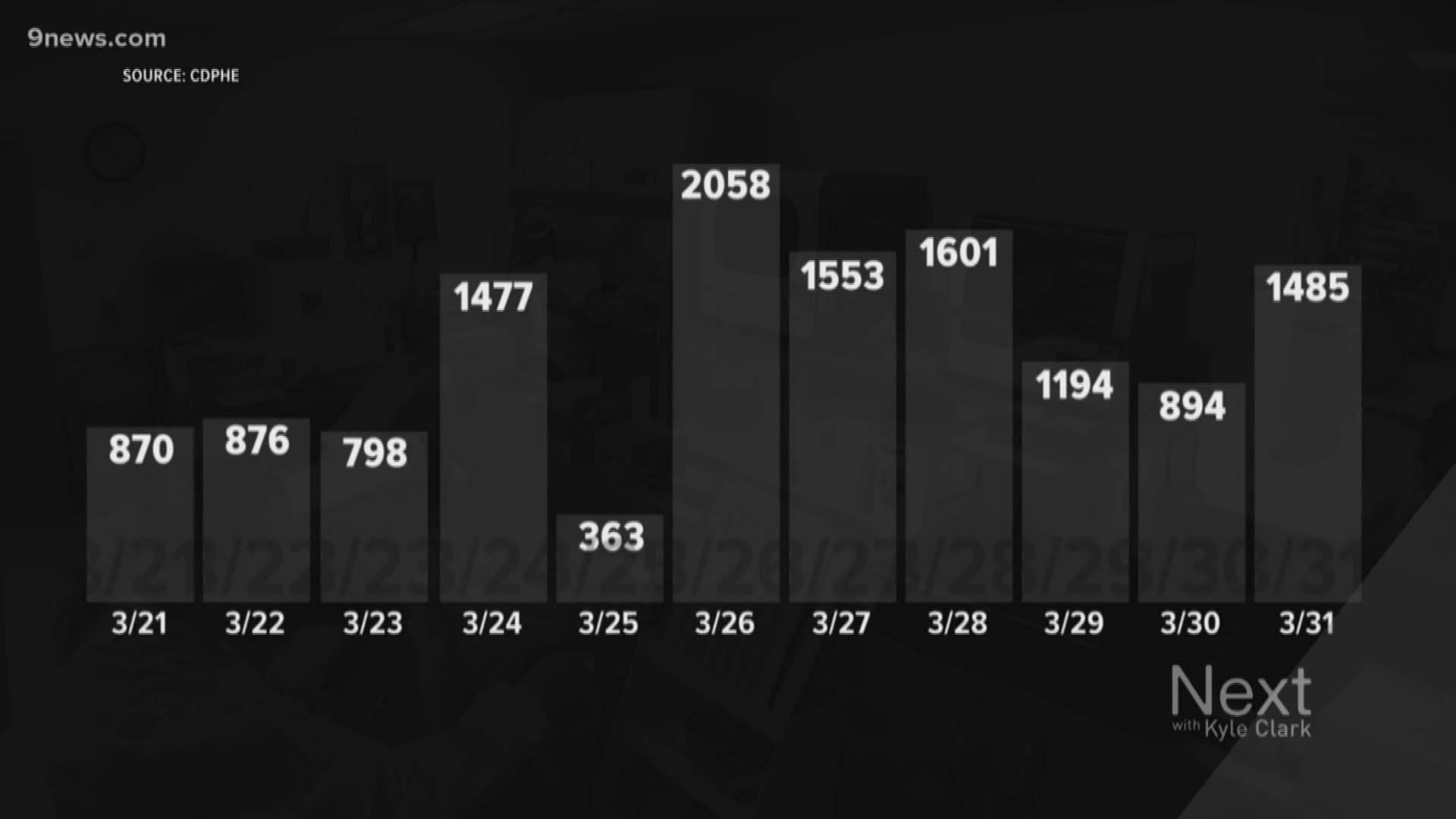 DENVER — The state’s incident commander for its COVID-19 response acknowledged Tuesday that a continued lack of critical testing supplies has stymied recent hope that Colorado’s testing numbers would jump substantially.

On Monday afternoon, for example, the Colorado Department of Public Health and Environment (CDPHE) reported an additional 894 patients had received test results in the previous 24 hours.  That represents a similar total to the number reported eight days prior on March 22.

“I think we need to expand testing as widely as we can,” said Scott Bookman with CDPHE. “The limitation currently to testing is really based on the ability to get personal protective equipment (PPE) and to conduct the swabbing.”

An ongoing and well-documented shortage of PPE throughout the state has led hospitals to ration use. Collection of test samples must be done by medical personnel wearing PPE in order to protect their safety.

Currently, hospitals throughout Colorado have told patients they will not receive a test for the virus if they are not admitted. “When our resources are limited, we will continue to focus in on those higher priorities like hospitalized patients, healthcare workers, and first responders.”

On March 20, Dr. Anthony Fauci, director of the National Institute of Allergy and Infectious Diseases, told NBC News, “Early on, as I’ve said, it wasn’t the way it should’ve been. But we’re really now very much in the right direction, flooding the system with it,” Fauci said Friday. “There are going to be people, for sure, who will call in and say they can’t get tested. It’s not a perfect system yet, but we’re getting there very rapidly.”

The next day, Colorado reported an additional 870 tests had been completed in the previous 24 hours.

Tuesday, Colorado reported an additional 1,485 tests.  That’s still less than what the state reported on March 26, 27 and 28.

The lack of a comprehensive testing capability has led some states to conclude, as Governor Larry Hogan of Maryland recently acknowledged, “We really are flying blind.”

In other words, when only the very sick are getting tests, it’s quite difficult to tell what the virus is doing in a population that shows mild to moderate symptoms.

Those people represent close to 80% of all people who become infected.

RELATED: 2 Colorado patients in their 40s die from COVID-19