For the second May in a row, colleges and high schools are trying to host commencement ceremonies during a pandemic. 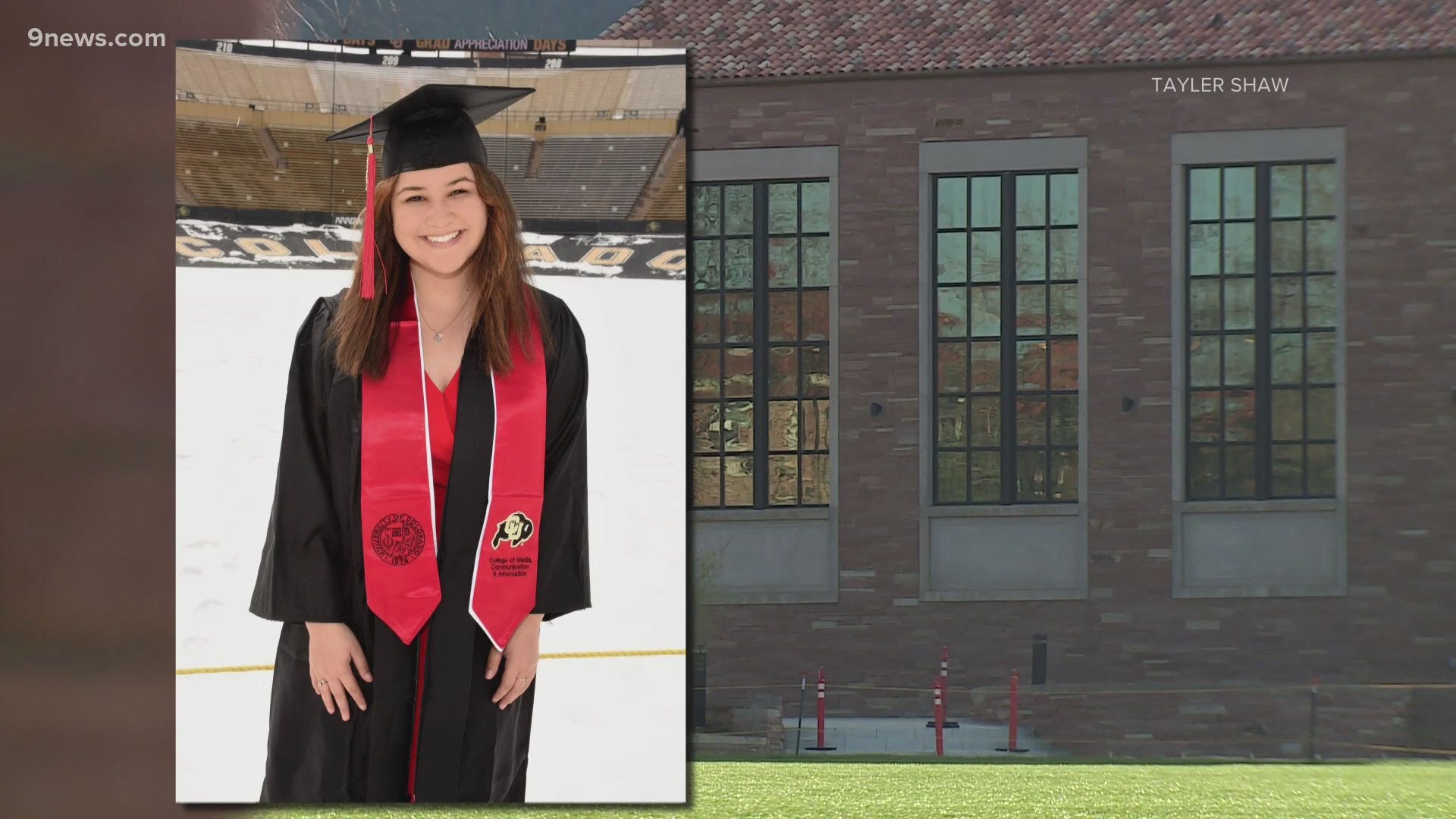 COLORADO, USA — It is graduation season in Colorado.

After another tough year full of COVID-19-related adjustments, students are ready to celebrate this milestone of success.

But pandemic restrictions continue to affect what kind of commencement ceremonies schools can host.

“It’ll just be me and my mom in my living room watching,” said Tayler Shaw ahead of Thursday’s virtual commencement ceremony at CU Boulder. The CU senior earned a dual degree in journalism and Spanish, and served as editor-in-chief of "The Bold" magazine on campus.

While she always envisioned an on-campus graduation, surrounded by friends and family, Shaw understands why CU Boulder’s ceremonies stayed online this year.

“Selfishly as a graduate, of course you want some in-person ceremony,” she said. “At the same time I understand why [CU] isn’t doing it. We’re in this weird flux period where there’s hope for the future but we’re not there yet and not everyone has been able to access a vaccine.”

CSU is also holding all virtual commencement ceremonies this year.

But the universities hosted graduation-related events with students ahead of time that were filmed or photographed, to be shared during the virtual celebrations.

MSU Denver opted for what the school calls a "hybrid" commencement. This week, graduates were invited to walk across a stage on campus and accept their diploma. The “Paint the Town Red” ceremony was filmed, and will be shared during a virtual commencement ceremony later this month.

“This semester we were really excited we could at least do something outside,” said Cora Potter, Manager of University Events and Protocol for MSU Denver.

“We were under the 5,000 person capacity limit each day, that [guidance] was from the mayor of Denver, and released just a week or so prior to our event,” she said. Graduates were allowed to bring up to two guests each to join the outdoor, socially-distanced ceremony.

“Parents were taking photos, so were spouses. Kids had graduation caps and were cheering on mom, dad, or brother. It was awesome.”

MSU Denver invited the spring and fall 2020 graduates to join the celebrations, too, since those classes did not get a traditional ceremony.

At Manual High School, Principal Joe Glover said they moved the celebration outside to the football field.

“In a year that’s been so traumatic in so many ways, this is the first sense of light, of normalcy, we’ve been able to offer our students,” he said.

With only 50 graduates this spring, Glover said social distancing shouldn’t be difficult.

“We’ve got a plan in place, we’re really excited about it. The guidelines are there to keep everybody safe, but it will feel like a traditional ceremony,” he said.

RELATED: These Colorado colleges and universities will require a COVID-19 vaccination this fall 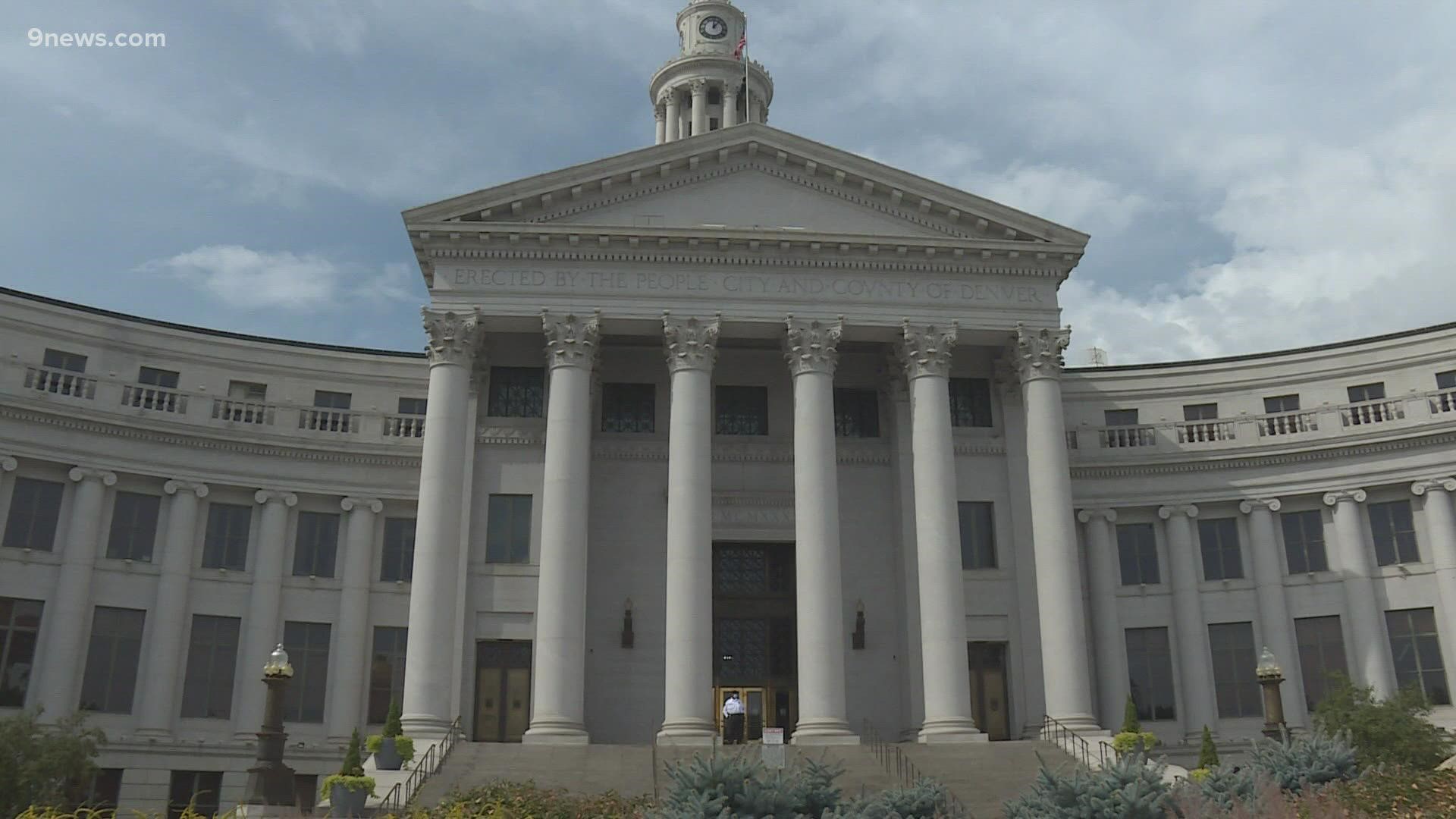