Snooze, one of Denver's most well-known brunch chains, has laid off nearly all 2,000 employees because of COVID-19. 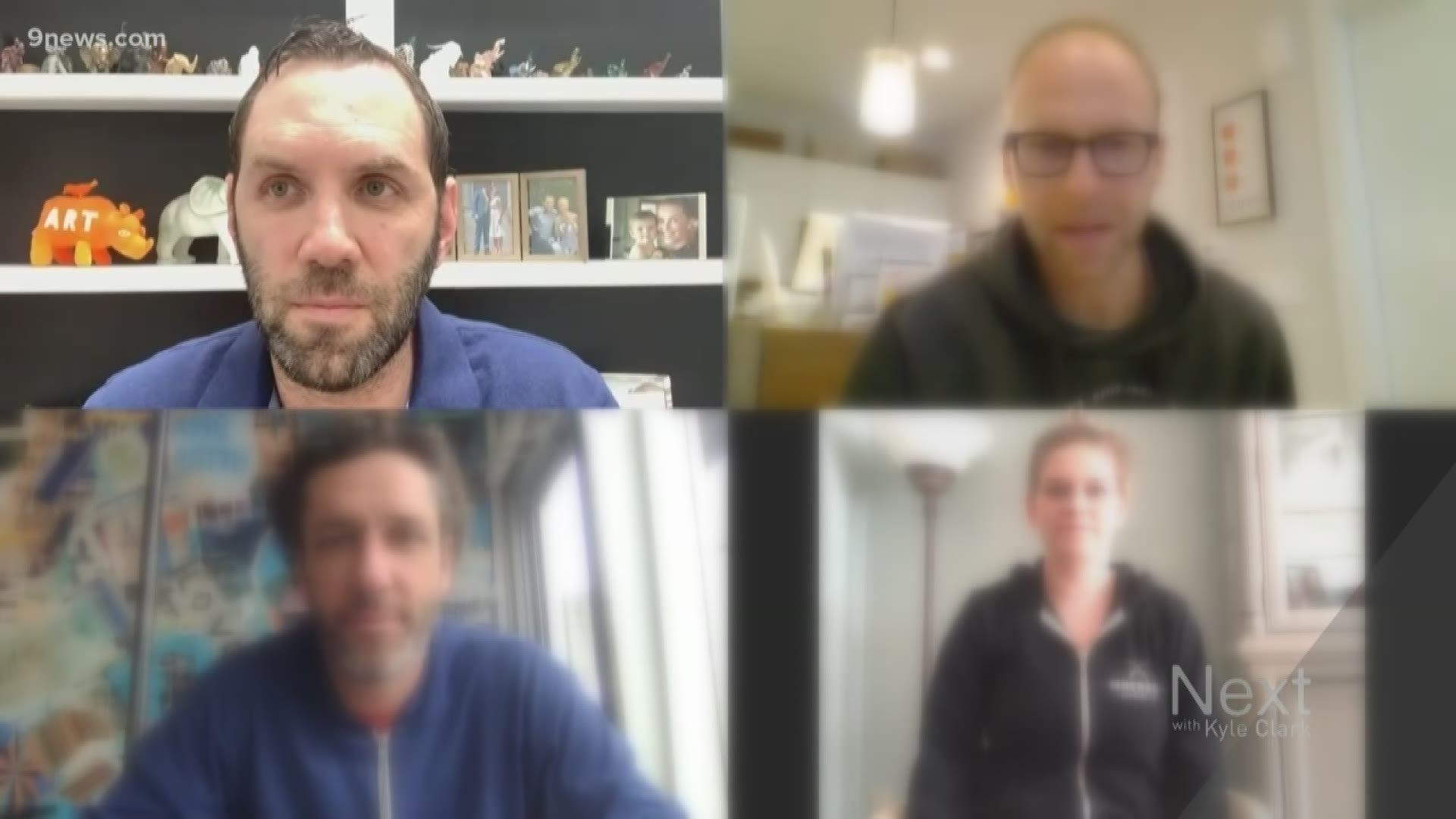 DENVER — Small businesses are getting smaller.

With social distancing mandates, mass gathering prohibitions and take-out only food service, small business owners in Colorado and beyond are making sudden and painful decisions.

"Snooze employees over 2,000 people. The majority of them are no longer working with the company," said Adam Schlegel, owner of the well-known brunch chain.

"Snooze, like Chook, like every other restaurant that I've talked to, has seen a reduction in their staff, probably 80 to 85 percent," said Schlegel. "I would say this has been the worst business experience of my life."

"We actually have not laid anybody off yet. I know that will be inevitable," said Rachel Rabun, owner of Mockery Brewing in the River North (RiNo) area of downtown Denver. "We were anticipating two-to-four weeks, we are completely ill-prepared for eight."

"Part-time, we employ a fair share of teachers. The majority of our part-time staff are teachers, and they have understandably been notified that their hours are cut at the brewery for the time being," said Rabun.

She said the Brewery has kept two staff on during the day to handle curbside pickup, but 90 percent of the business is inside the taproom.

"There's going to have to be some sort of small business aid in order to survive," said Rabun.

RELATED: No ‘social distancing’ at Denver homeless shelter as storm rolls in

RELATED: What is a shelter-in-place order, and how does it compare to Colorado's current coronavirus measures?

RELATED: Artists band together to support each other during uncertain time

RELATED: All Denver restaurants and bars ordered to close to indoor dining for 8 weeks

Another RiNo business owner has an idea, and he sent it to Gov. Jared Polis (D) for consideration.

"Anything that is a fixed cost, like property taxes, that can be deferred right now, every dollar that we don't have to spend right now is a dollar that goes toward retaining managers, retaining floor staff, retaining people that can still assist us with some level of operations while we get ready to open our doors again," said Andrew Feinstein, owner of Exdo Event Center and Tracks Nightclub.

State law requires the business personal property tax to be paid on April 15.

His idea is to have that payment separated into monthly installments. However, just like your home's property tax, this money pays for local government services like school districts, fire departments and water districts.

"But they don't spend it the next day, that's my point," said Feinstein. "Collect the money from us as business owners in line with how it gets spent, don't collect it all at once in a lump sum."

"Whether it's property taxes, insurance, anything that I'm obligated to pay, whether my lights are on or off, any sort of relief allows me to actually pay. Even if that means I just get to pay my managers, that's huge," said Schlegel. "Any deferment on these fixed costs that I'm constantly burdened, that allow me to, in turn, provide any sort of hours to my staff, I will use."

With the legislature out until at least March 30, if not later, it's not likely state lawmakers could pass a law to change that state statute. States of emergency allow the governor to suspend state laws when they interfere with emergency response.

"Whatever the government or anybody can do, we need to get money into these hourly workers' hands within the next week or two weeks," said Schlegel.

Small businesses could also utilize the state's work-share program. Instead of laying off employees, a business owner can reduce the hours of at least two employees by 10 to 40 percent. Then, the worker would be able to apply for unemployment benefits, while also still working part-time.

A spokeswoman with the Colorado Department of Labor and Employment said state workers are getting trained to process these requests faster now that more businesses might utilize them.

"We were able to overcome fear of coming to our facility during the HIV/AIDS crisis of the 80s and 90s. We were able to overcome the fear of going out to nightclubs after the shooting at the Pulse Nightclub in Orlando in 2016. When the world's problems are at our front doors and we can no longer provide that sanctuary, both to our employee as well as our customers, this is a heartbreaking experience," said Feinstein.