CDLE also announced that it will open by appointment only on June 8. They hope to assist 40-50 people per day. 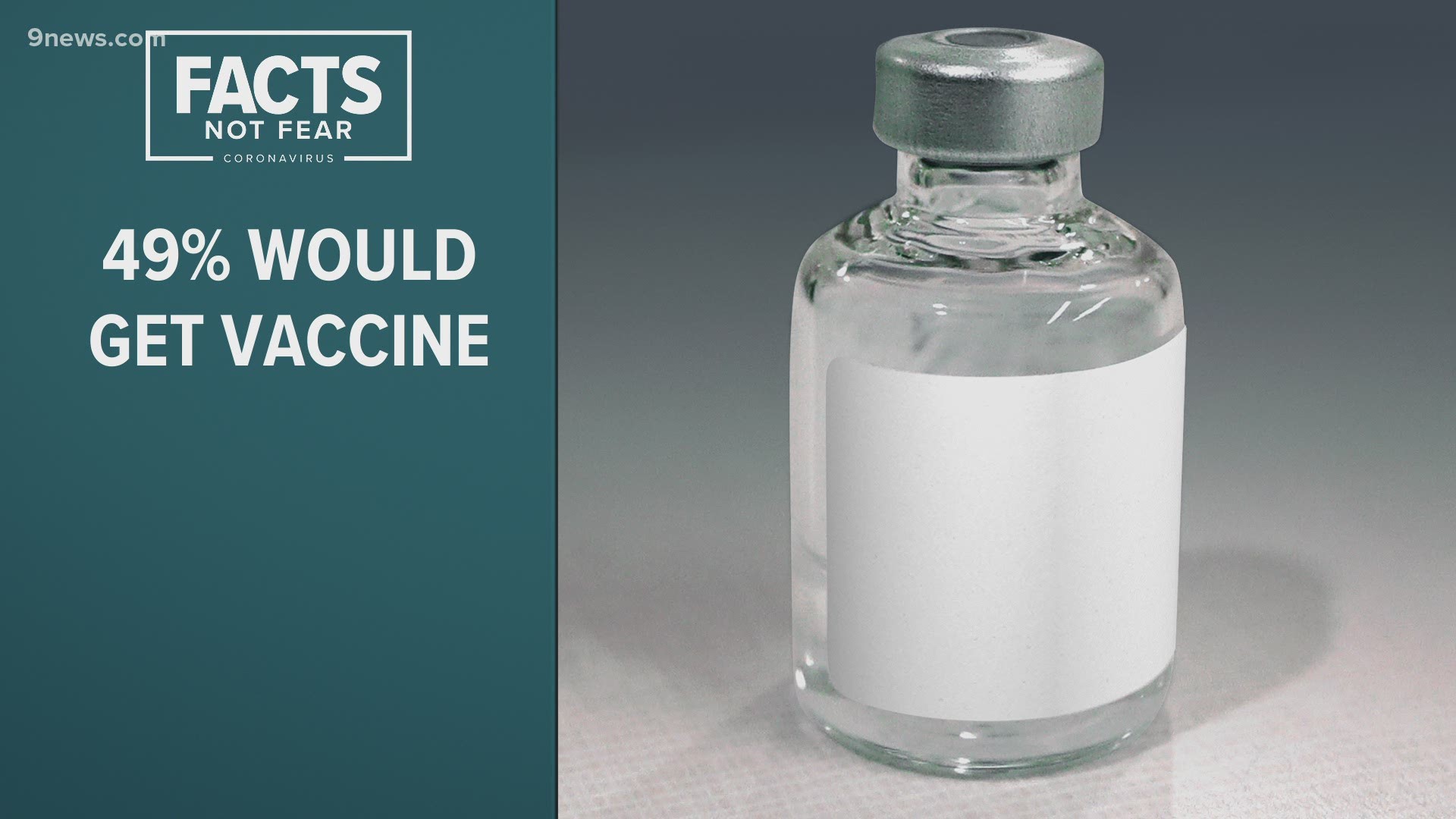 DENVER — The Colorado Department of Labor and Employment (CDLE) office will reopen on June 8 for in-person services to assist claimants, and has set up a system for employers to report job refusals.

On June 1, a form will be placed on the CDLE website to allow customers to schedule an appointment.

There were 15,603 initial regular unemployment claims filed for the week ending May 23. The week prior, there were 17,825 claims.

They're continuing to experience a high volume of calls to the call center and have set up a new callback option on the website for those requesting a back date for benefits.

CDLE said that's a common reason people are contacting the call center, and they're hoping by adding the button they can reduce call volume.

> Click/tap here to request a backdate for benefits. 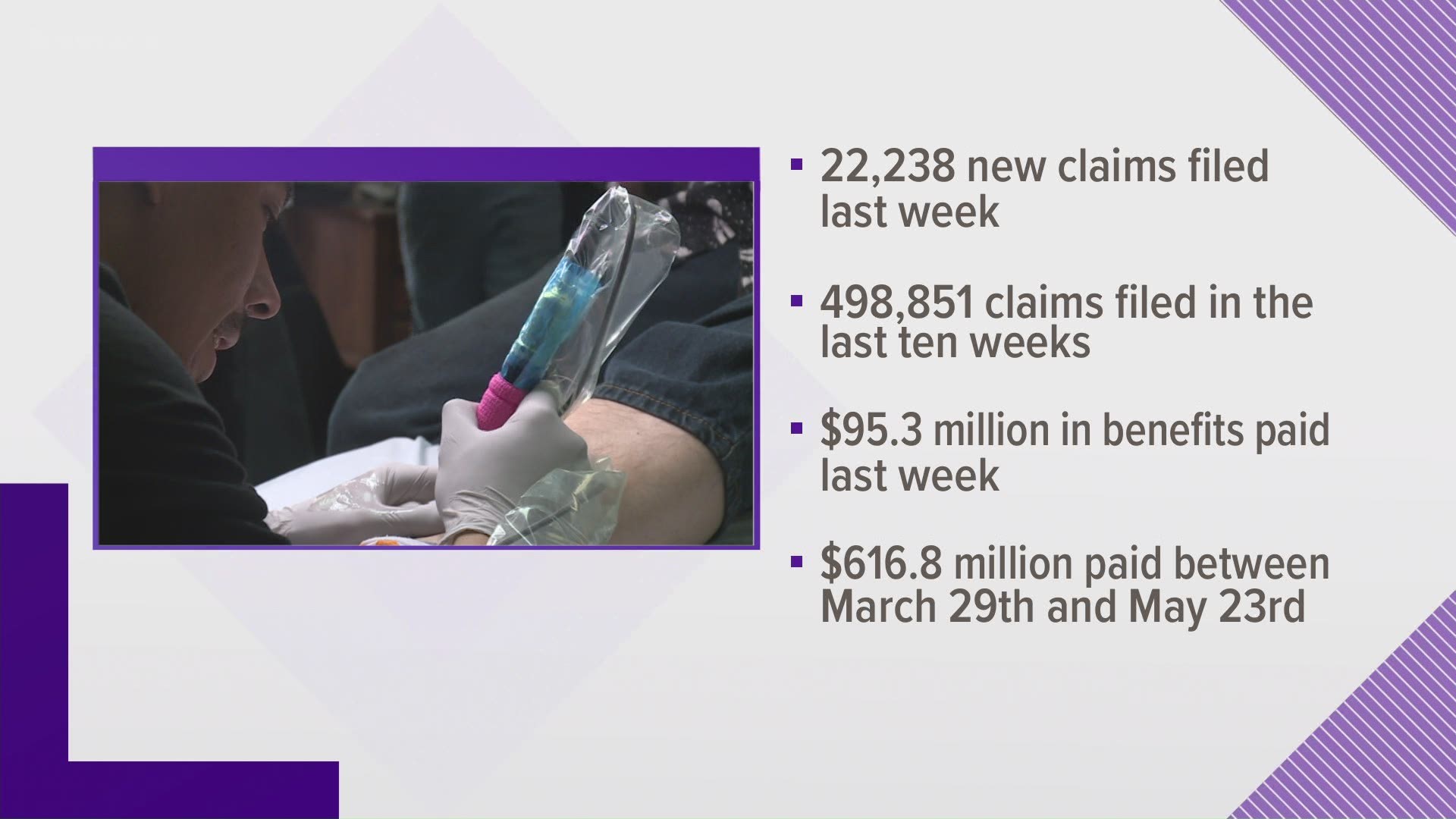 The agency added several videos to the website to quickly explain the application process. They include "how to" videos for regular unemployment benefits and one for Pandemic Unemployment Assistance (PUA). There's a third video to explain which type of benefits to apply for. The videos are available in both English and Spanish.

CDLE also said they're working with Google to add technology to their website, which could also help reduce their call volume. They're in the very beginning stages of that process and didn't provide details. They said, however, that the technology has been used in other states and has a positive impact.

They're hosting virtual town halls on Friday morning in both English and Spanish.

> Click/tap here to register for a town hall.

Another big concern, according to CDLE, is returning to work. Many people have questions about their rights if they refuse to return due to health or other issues.

CDLE has a system set up for employers to report job refusals, where someone has refused to return to work. So far, CDLE has received 1,100 claims (each might represent more than one person). The agency said they've reviewed or investigated 869 of those claims. Of those that have been reviewed, 16% were determined to be ineligible to continue to receive unemployment benefits, according to Cher Haavind with CDLE. She said there were a variety of reasons, including no documentation of an underlying health issue.

Previously, CDLE said claimants could not simply say they were scared to return to work and continue to receive benefits.

The agency has also acknowledged that with the extra $600 per week benefit through the federal CARES Act that some people might earn more in benefits than if they returned work. CDLE has said that is not a valid reason to continue to receive benefits and noted that recipients are required to certify they have not had job offers that they have refused. Officials said if someone receives benefits after they refused a job offer, they could have to pay that money back.

"They would have an overpayment and would then be required to pay us back for those benefits," said Jeff Fisher with CDLE.

He also noted CDLE is reinstating the job search requirement, which had been temporarily suspended under the stay-at-home order.

In addition to regular UI claims, there were 6,635 Federal Pandemic Unemployment Assistance (PUA) initial unemployment claims (gig worker, self-employed) filed May 17 - 23. Over the past 10 weeks, a total of 421,403 regular unemployment initial claims have been filed and a grand total of 498,851 claims, including federal PUA benefits.

Claimants are also eligible for an additional $600 per week through the federal CARES Act.