How will the COVID-19 pandemic change the way firefighters fight wildfires?

Firefighters are thinking about how to maintain social distancing even if people are evacuated due to wildfires. 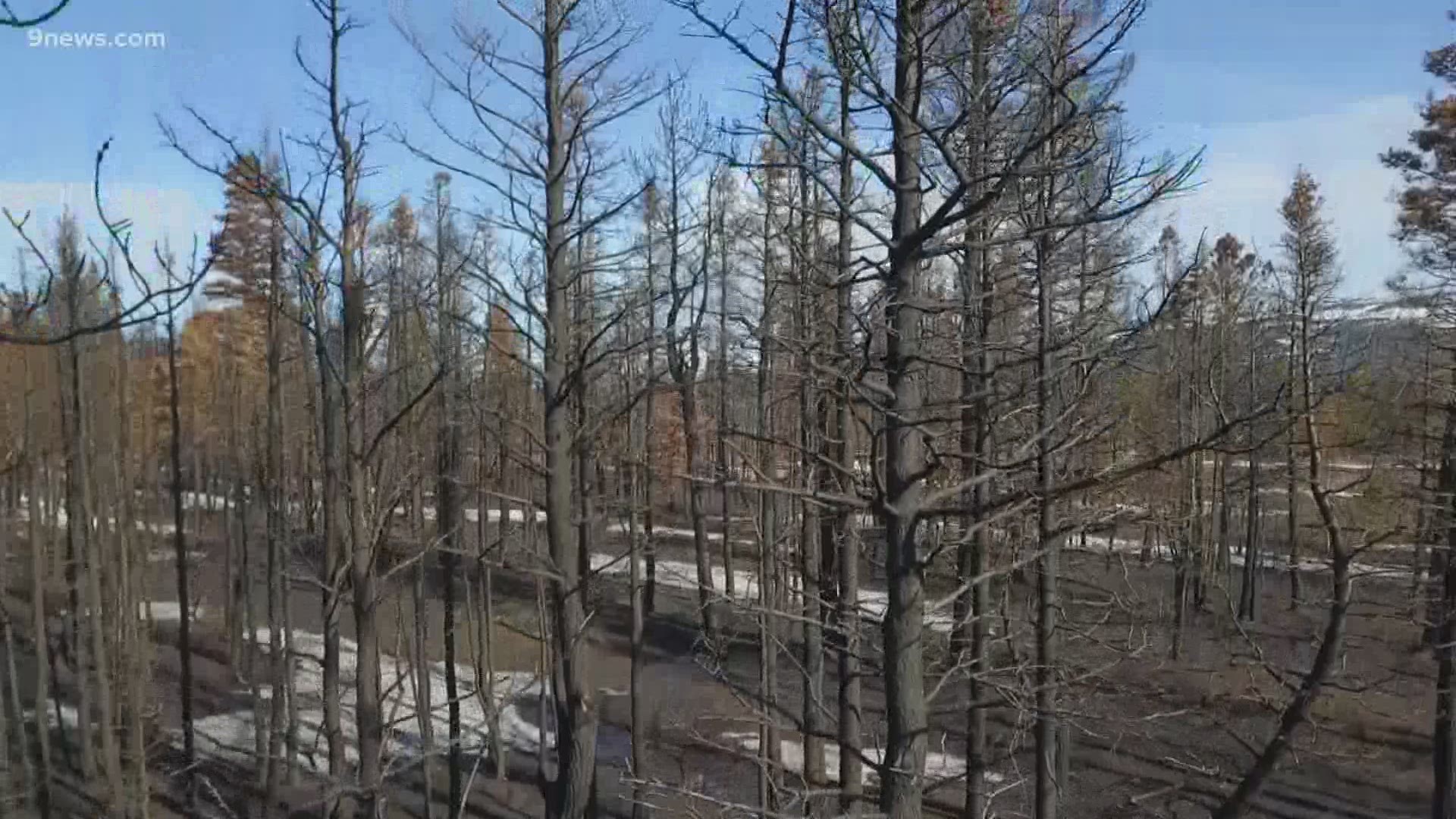 DENVER — Red flag warnings are starting to be issued across Colorado, and that serves as a reminder that wildfire season is here.

High enough winds and warm enough temperatures are all it takes to put parts of the state at risk.

As Coloradans are urged to socially distance themselves to slow the spread of COVID-19, fire crews are forced to adjust how they attack fires.

"Our philosophy is if we can keep those fires small and keep from having to call in a lot of people, then we’re kind of social distancing just by limiting the amount of people there," said Clint Fey, special operations chief with West Metro Fire Rescue.

Though Fey said it's always a priority to keep fires small, this time it means deploying an increased amount of localized resources sooner.

"We're going to be quicker to ask for mutual and automatic aid and bring in our partners as well as additional resources quickly," Fey said. "Whether that's ground forces or air support."

West Metro Fire Rescue said the idea is if they use more crews around the Denver metro area sooner to contain a fire, it'll prevent them from calling hundreds if not thousands more people to fight a much bigger fire at a later time. That includes holding off on using state and federal resources that might be needed more urgently elsewhere due to the COVID-19 pandemic.

West Metro Fire Rescue also said their firefighters are working with the same smaller crews each shift as another way socially distance themselves.

RELATED: Elections in limbo as coronavirus outbreak upends US primaries

"So when we go on a large-scale event that we have a lot of different resources for, we’ll make sure that we keep in our team units and not combine as much which is something that’s a little different for us," Fey said.

Another reason crews want to prevent fires from growing too big is because it would create yet another problem that didn't exist before COVID-19 was widespread: how to evacuate people while they maintain six feet of distance as recommended by the Centers for Disease Control and Prevention.

That's a problem offices of emergency management are now forced to deal with to keep people safe while keeping them healthy.

Douglas County said its team is looking at a couple options including a short-term plan to use parking lots as evacuation zones. People would be asked to stay inside or near their cars.

If evacuations last overnight, multiple facilities like schools, recreation centers or fairgrounds might be used to allow for proper spacing as opposed to just one place like fore.

"Knock on wood," Fey said. "We haven't had that large scale yet, but we're definitely ready for when it comes."

Perhaps the biggest tool each department said it has is the ability to be flexible and make adjustments as situations develop because, like the rest of the world, this pandemic is a situation they've never experienced.