Isolation can lead to stress and depression. A downward turn in a person's mental health can also have adverse effects on their physical health. 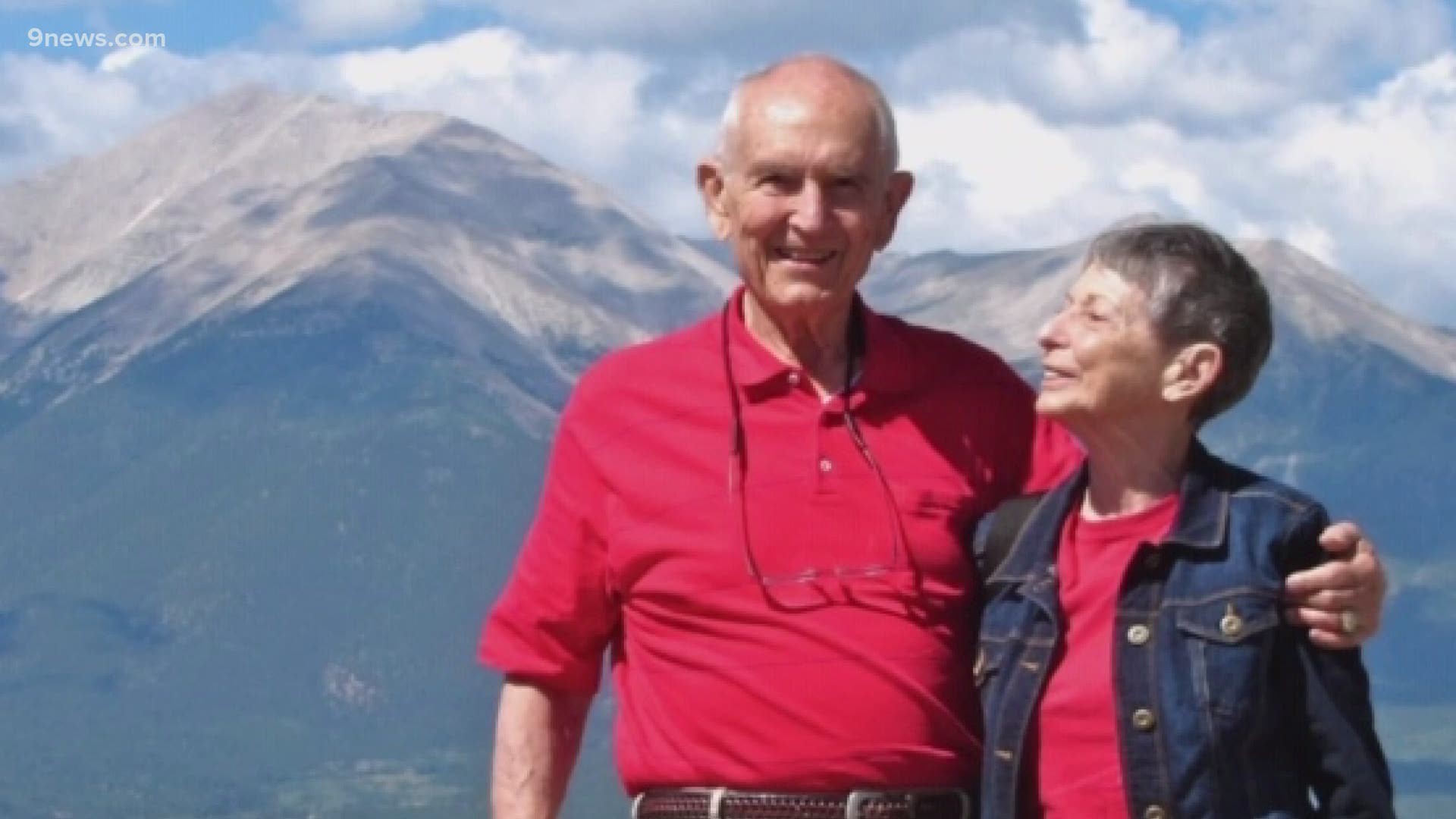 DENVER — Current public health orders are in place to protect our most vulnerable populations, but some families of residents in senior care centers say those very rules are starting to become the problem.

That's the concern of Sara Spaulding, the daughter of Warren, 89, and Janet, 90, Spaulding who currently reside in an assisted living facility in Golden.

Sara said her parents have lived there for about two years now. Before that the couple was adventurous biking across Europe in their 70s and skiing into their 80s before Janet blew out her second knee, Sara said.

"They have been unbelievably active in their lives," she said.

Even in their new living situation, the couple remained active -- regularly attending exercise classes, going to happy hours and dancing.

That was until the COVID-19 pandemic hit and senior care centers, including theirs, stopped hosting community events and put visitation hours on pause. That's something that's had a negative effect on both Janet and Warren, according to Sara who said her parents are "more forgetful, they’re more anxious, they’re sad, depressed."

Sara said it's had a big impact on her mom's short-term memory.

"She doesn’t remember the phone calls that we’ve made," Sara said. "She doesn’t understand why we haven’t been to see her."

And the situation has caused Warren to grow angrier.

"They don’t know how much longer they can do this," Sara said. "And that the quality of life is more important to them than to continuing to live this way."

The growing struggles with the couple's mental health can be scientifically explained, according to 9NEWS psychologist Dr. Max Wachtel.

"Social isolation causes stress and depression," Wachtel said. "We’ve known that forever that one of the best things you can do if you’re feeling stressed or depressed is to hang out with other people. And we are telling these poor seniors they can’t do that."

And that's only half of it. The downward turn in a person's mental health can have adverse effects on their physical health, too, since the "immune system, our brains and our mental health are tied together very well," Wachtel said.

"If you are stressed out or depressed, chances are your immune system is also lowered and it makes it easier to get sick that way," Wachtel said. "So that is a risk that we’re putting these seniors in."

Both Sara and Wachtel said they understand why the current public health orders and place. However, Sara is hopeful a balanced solution will be proposed soon to continue protecting her parents' physical health while focusing on their mental health, too. She said senior care centers need to be able to create their own guidelines when it comes to visitation.

"I’m hopeful that the [Governor Polis] will give that control back to facilities so they can begin to introduce visitation for families while still keeping our seniors safe from the virus," Sara said. "Cover me from head to toe and allow me to spend time with my parents in their facility."

RELATED: Denver orders closure of facility that handles all mail for Colorado and Wyoming