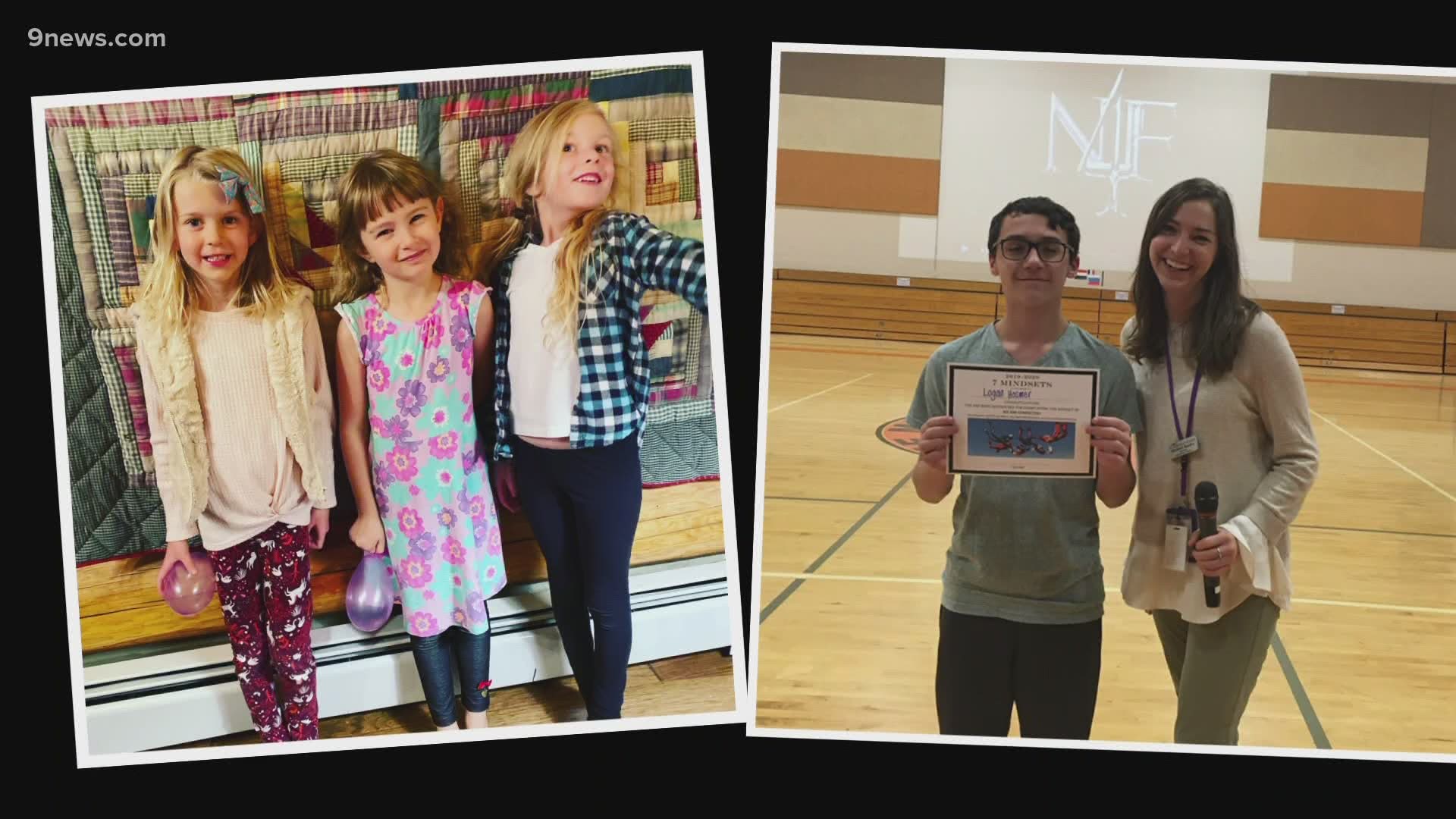 His neighbors aren't his age and he said he's choosing to self isolate because of a fear of the virus and not knowing what to say to friends without having shared experiences.

“They’re at the stage of development where they don’t know how to carry on conversations without context, so they need to be in a class together or play a sport together to have something to talk about to have something to laugh about or joke about," said Dr. Sheryl Ziegler, a child and family therapist.

Ziegler is hearing from teenagers who are having trouble making meaningful connections over video chat.

While Ziegler said there isn't data right now on the impacts of social isolation when it comes to peers, she's looking at research on kids being separated from families and seeing how it might relate.

"The things that we know from extrapolating from some past research says that children will potentially suffer from depression, from anxiety, potentially disturbances in their sleep patterns, even in the way they're eating," she said.

RELATED: From weight gain to our relationships, how the pandemic has changed us

"It feels really lonely," said Hosmer. "Makes you feel isolated, like what if others forgot about me?”

Down the street in Erie, a 6-year-old hasn't seen any of her friends in person since the end of March either.

"I'm hoping to see my friends soon," said Violet Clendenen. "Because I miss them."

Her mom, Trish, said they have been looking for a closed group of friends that only hangs out with each other, but they haven't been able to find that yet.

“Her and her brothers are starting to clash a little bit, It’s just a lot of family time," she said. "Like all the time, never stopping with anyone else, so I mean she would just love to hang out with some kids that are her own age again and hopefully that can be sometime soon."

Ziegler said while younger kids might not express feeling lonely, this is a key development time for them, and friends help them learn how to share and play.

“Adults are not good playmates at all," Ziegler laughed.

The child therapist advises parents to remember to check in and ask their kids about feelings of loneliness because that feeling can cause physical harm.

RELATED: How the first day of remote classes went for the state's 2 largest districts