One of few UCHealth male nurses speaks for the first time about his life as a nurse in the last 18 months. He’s reached many breaking points but continues to fight. 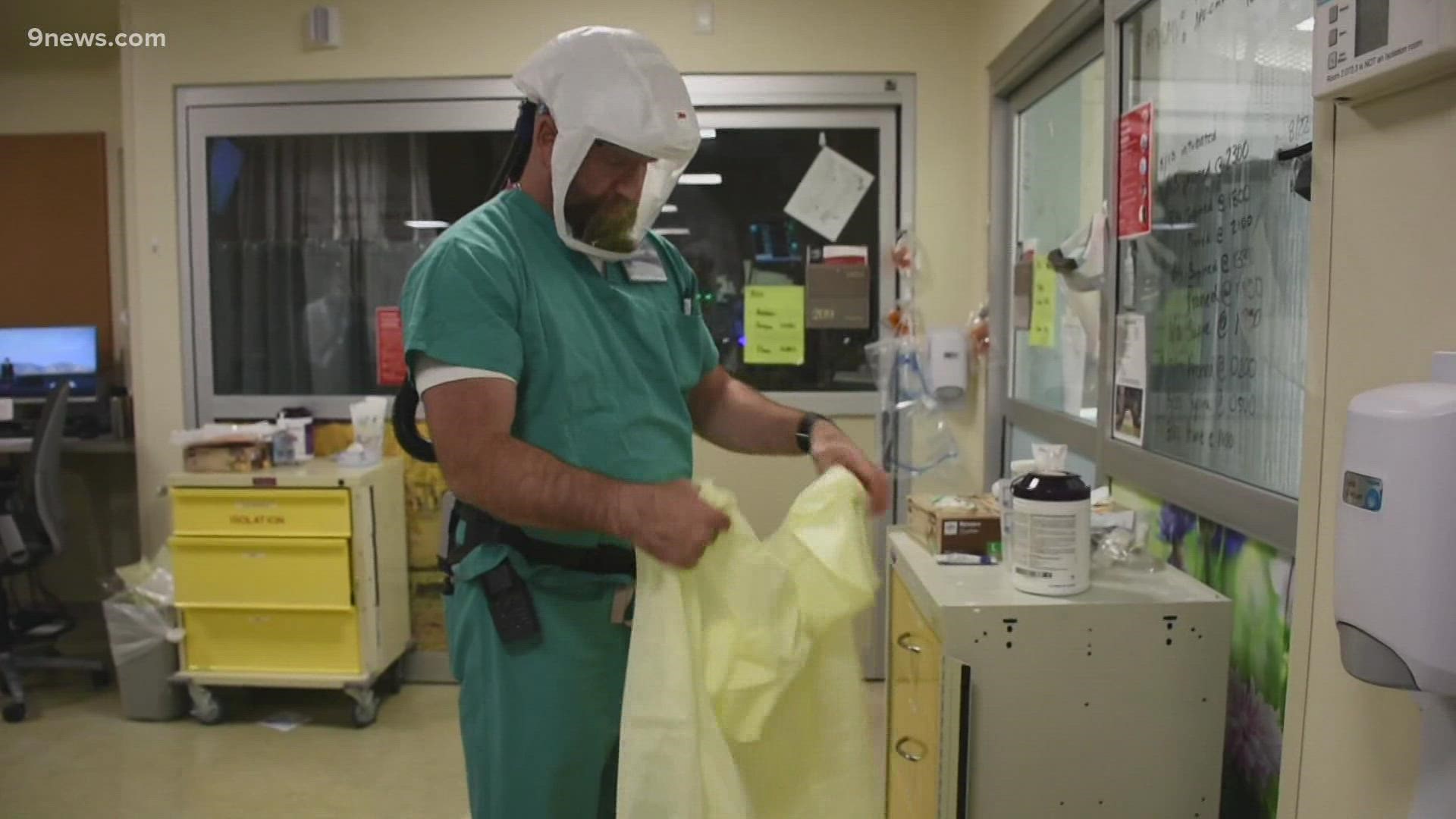 AURORA, Colo. — For the last 18 months, millions have been impacted by COVID-19. Those inside hospitals are trying to find the light at the end of the tunnel while fighting the latest surge.

"You run out of steam but you still have no choice but to continue,” said UCHealth Registered Nurse Jefferson Peak.

It’s a painstaking fight against COVID, a virus that has upended and uprooted so many lives.

"A lot of the people are burnt out as I’m sure most people are aware,” Peak said. “We have not had a single break of anything, of any kind. It's been consistent COVID ICU work for us since 18 months ago."

It’s an unfortunate reality during an unprecedented pandemic.

Especially for nurses like Jefferson Peak who has worked as a nurse for nearly a decade.

Peak spends most of his time in the COVID unit hoping to help those he has found a renewed love for -- his patients.

"Anybody that I take care of I consider them to be someone that I would know and love myself and I take care of them as if they are my own family member. Despite whatever choices they may make,” Peak said.

Even as unvaccinated individuals continue to occupy ICU beds.

Peak says there are many things inside the hospital that have affected him but he’s tried not to let it damage him.

"There's nothing more sad and devastating than having someone die on a ventilator while you're FaceTiming a family member. We do that all the time, it's a common thing for us,” Peak said.

And so is death, both troubling and, for Peak, preventable.

"One of my personal patients died two days ago on a ventilator, full support,” Peak said.

It's an emotional toll those on the frontlines endure. Peak was sent to Cornell Hospital in New York to assist during the initial surge in May 2020.

"Took care of six patients at a time. And it was an absolute war zone,” Peak said.

A war zone that has prepared him for the current fight against the delta variant.

“This delta variant has made us have younger sicker patients. We have 33-year-olds, extremely healthy people that will never breathe the same again,” Peak said.

He said if he could give a tour through this ICU, he would show the reality of what happens.

"I’ve never seen anything as bad as this. I know our doctors are completely overworked and disheartened through this process,” Peak said.

He hopes these final words will encourage others to care for one another the way that he cares for his patients.

“I just wish that people would make choices out of love for one another and free of anger, and out of doing what's best as a citizen of this country. To do what's best for our country and be a good citizen we have to take care of each other. In this country, it’s a luxury to have this as an opportunity to get your vaccination. Please get vaccinated,” Peak said.