A man in his 30s who stayed at the Slopeside Condos in Keystone tested positive, as well as a woman in Douglas County. 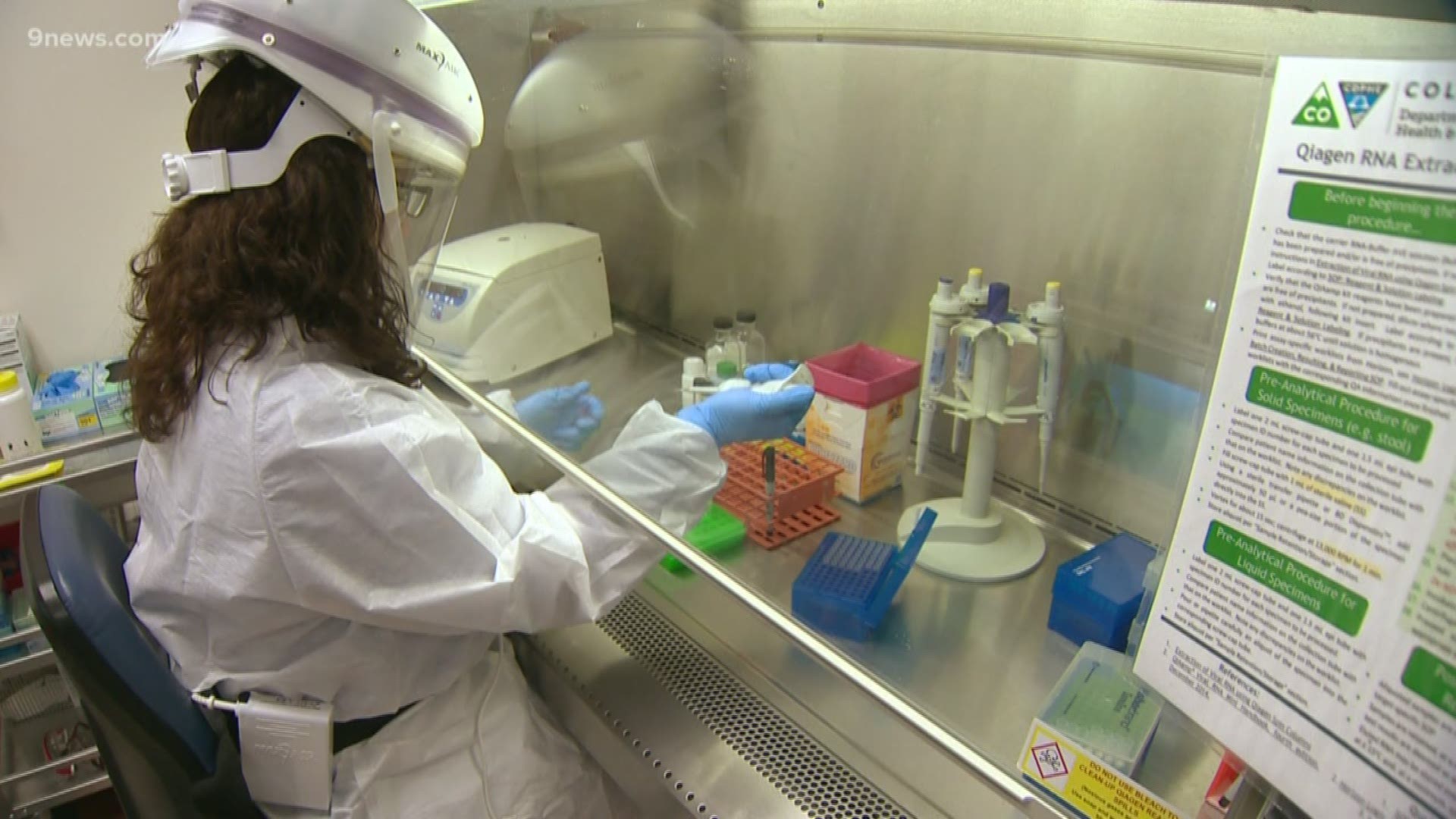 DENVER — Two people in Colorado have tested positive for COVID-19, a new strain of coronavirus, the Colorado Department of Public Health and Environment (CDPHE) and Gov. Jared Polis announced Thursday.

One case, a man in his 30s, is an out-of-state visitor who was in Summit County, CDPHE said. Summit County is located in Colorado's high country about 75 driving miles west of Denver.

The other case involves an elderly woman in Douglas County who tested positive for the virus.

She was traveling internationally on a cruise, according to the Tri-County Health Department, and is now isolated in her home, per CDC guidelines. Douglas County is located south of Denver and is the seventh most populous of Colorado's 64 counties.

Polis said it appears the cases are not related.

The man who was infected had known exposure to the virus through close contact with a person with COVID-19 outside of Colorado, health officials said.

On Friday, Summit County Public Health said the man stayed in Keystone at the Slopeside Condos.

They determined the unit where the man stayed and said they've confirmed through interviews with the property owner, property management company and workers that no one has stayed in the unit since the man's departure. Health officials did not identify the specific unit number.

One cleaning worker entered the unit about 23 hours after the man left, but that worker's risk of contracting the virus is considered low, county health officials said. Health officials said there is "not any risk" of the worker passing on the virus by cleaning other units after cleaning the unit that was occupied by the infected person.

Another worker delivered towels to the guests but did not enter the unit, and a maintenance worker entered to change a carbon monoxide detector. The risk of infection is low for both because, according to state health officials, surfaces are generally considered incapable of transmitting the novel coronavirus after two hours following contact with the infectious person.

Out of an abundance of caution, the unit will be cleaned a second time and it will not be occupied by any guest until that happens, according to the county health department.

Polis said in the first case announcement that the man was visiting from another state and had traveled to Italy in February.

The man, from California, traveled from Denver International Airport (DIA) to Summit County on Feb. 29.

The man also skied at both Keystone and Vail Mountain Resort, but it's unclear which days he was at which resort.

On March 3, he developed symptoms and went to St. Anthony's Medical Center in Frisco. It was advised he move to a lower altitude, so he traveled in a personal vehicle with his fiance to a metro-area hospital. The man involved in the first case is now in self-quarantine in Jefferson County, which is located just west of Denver. It's the fourth most populous county in the state.

Two individuals who shared the condo with the man are also being quarantined, Polis said. Vail Resorts was notified Thursday afternoon, according to the state.

As for the hospital, the building is on lockdown status as of Thursday night, meaning only patients are permitted to enter, not visitors.

Vail Resorts, which includes Keystone and Vail Mountain Resort, released a statement saying they are aware of the case.

"CDPHE has said the risk to the general public is low," the resort said. "The health and wellbeing of our guests and employees is our top priority and we will continue to take all appropriate precautions. We have asked all employees to follow the recommendations from the CDC."

The resort said they do not expect disruptions to any operations.

>> Anyone with symptoms that could be COVID-19 that are serious enough to go to the emergency room should call first so the hospital can prepare.

Health officials have not provided any information about where the woman infected with the virus is located in Douglas County. Polis said it appears the cases are not related. 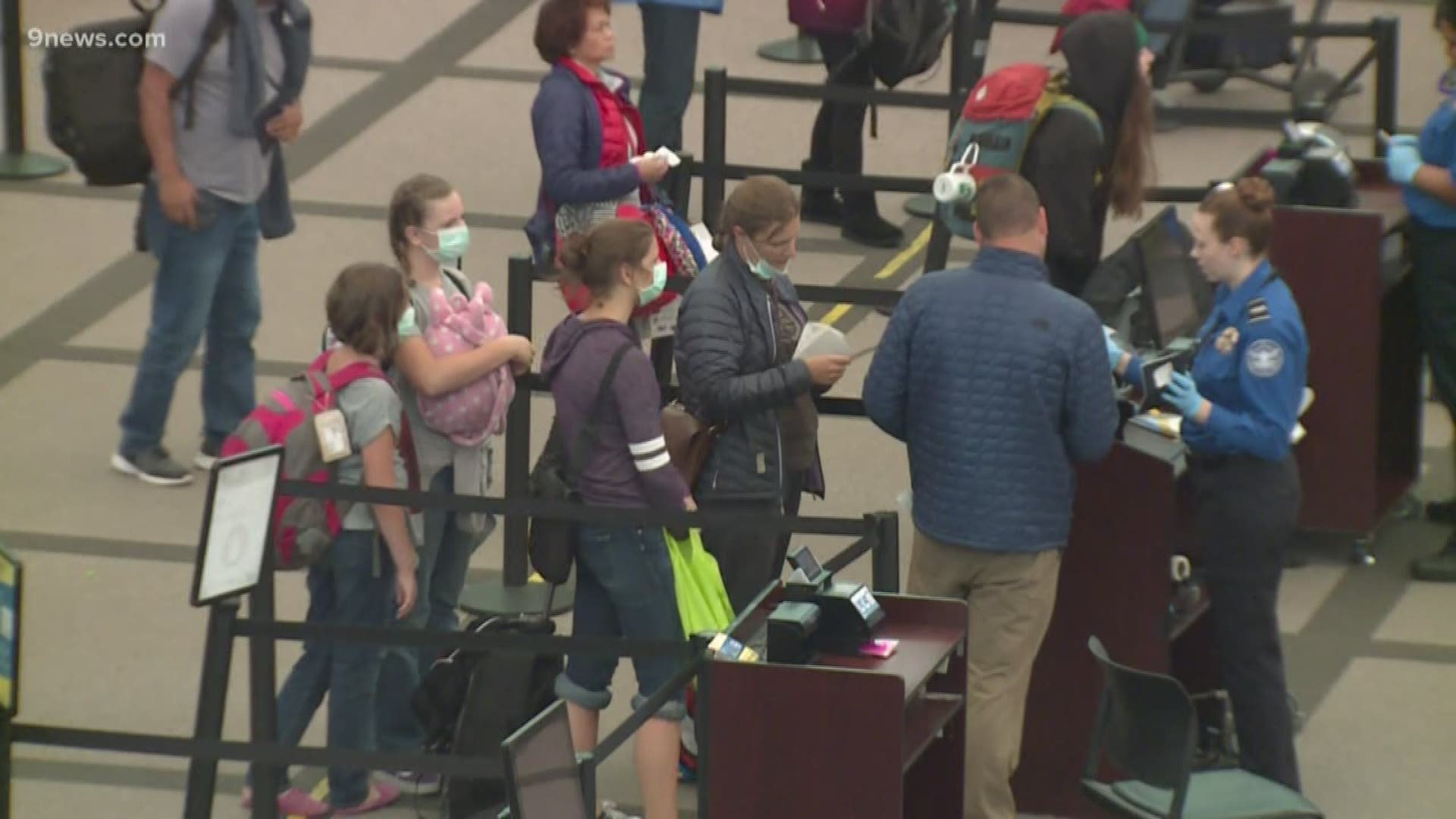 "We have an incredible team in place to keep Coloradans safe," he said. "We've engaged our emergency response plan, and will continue testing ... anyone in the chain of contact with the presumptive cases will be tested."

Polis on Thursday said so far the state has tested 93 people with negative results and another 38 tests are pending.

Center for Disease Control guidelines say no one who was at DIA should be at risk.

A spokesperson for DIA said the airport was notified Thursday of the positive case. The CDC will be the ones to notify passengers who shared a flight with the man should it be necessary, the spokesperson said, because anything that happens in the air is under federal jurisdiction.

DIA said they do not know which airline this man traveled on to Denver, but the airport believes the airline was notified.

Polis stressed avoiding contact with people who are sick, staying home if you are sick and frequently cleaning areas in your home as well as your hands.

"Coloradans get sick every day," he said. "I don't want people to panic because of this."

CDPHE said the testing was conducted at the state level, so the cases are a “presumptive positive,” and will be sent to the CDC for official confirmation.

Public health practitioners are investigating and will attempt to notify anyone else who may have been exposed because of this case, CDPHE said.

The news comes after several states have reported cases of COVID-19, including 22 in New York – a number that doubled overnight – and 11 deaths in Washington.

RELATED: Here are the deaths and cases of coronavirus in Washington state 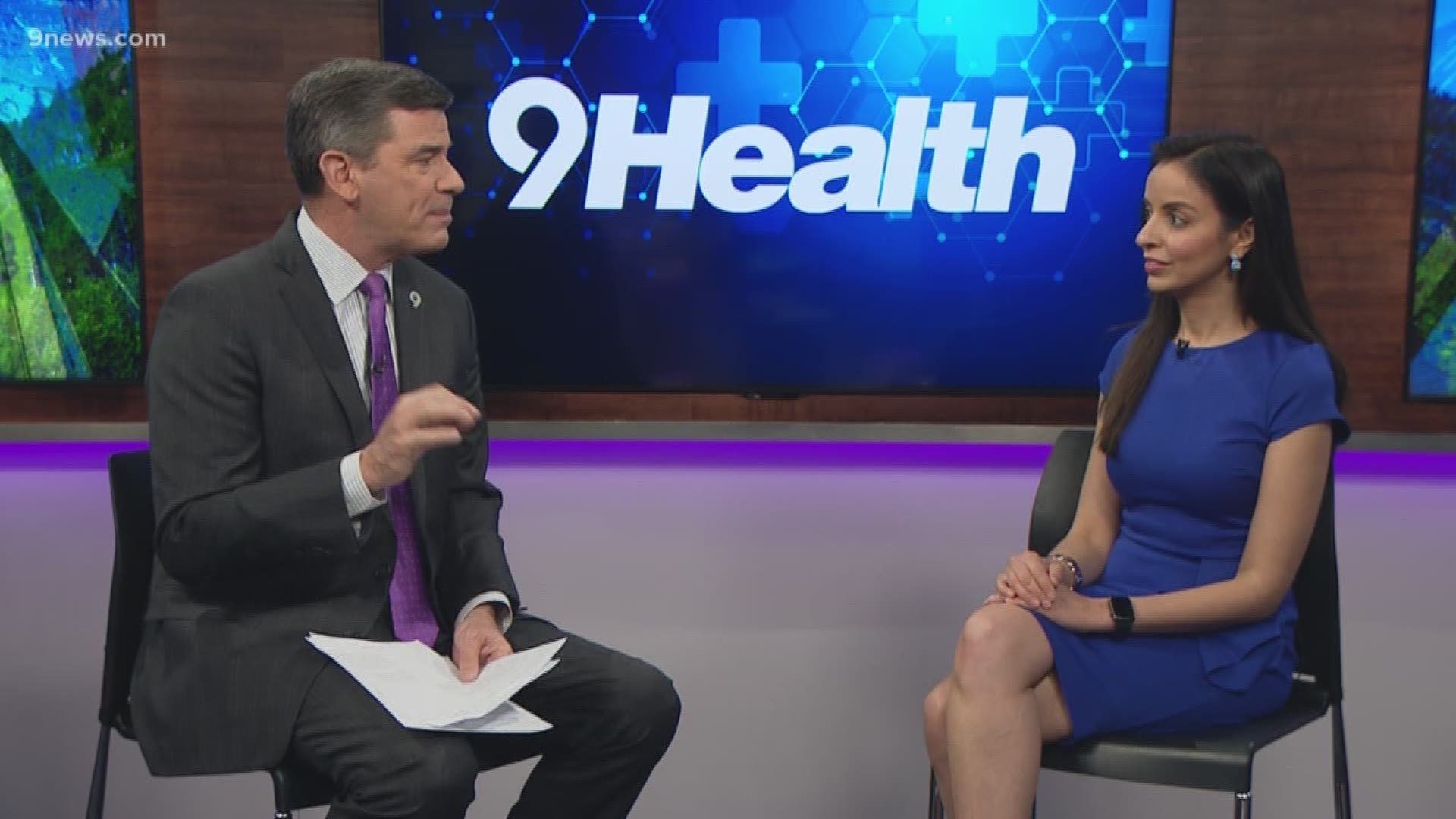 RELATED: How Denver has prepared for a possible coronavirus outbreak

But questions have surfaced about the state's testing of the disease. Colorado, as of this week, has the capacity to test upward of 160 samples per day for the new strain of coronavirus, but so far the state lab has yet to test anywhere near that number, according to state health officials interviewed by 9Wants to Know.

On Wednesday, officials announced two people in the Denver metro area were self-quarantined after possible exposure to COVID-19.

RELATED: Federal Center employee in Lakewood self-quarantined, may have been exposed to COVID-19

RELATED: Boulder Valley substitute not showing symptoms after cruise with people who had COVID-19 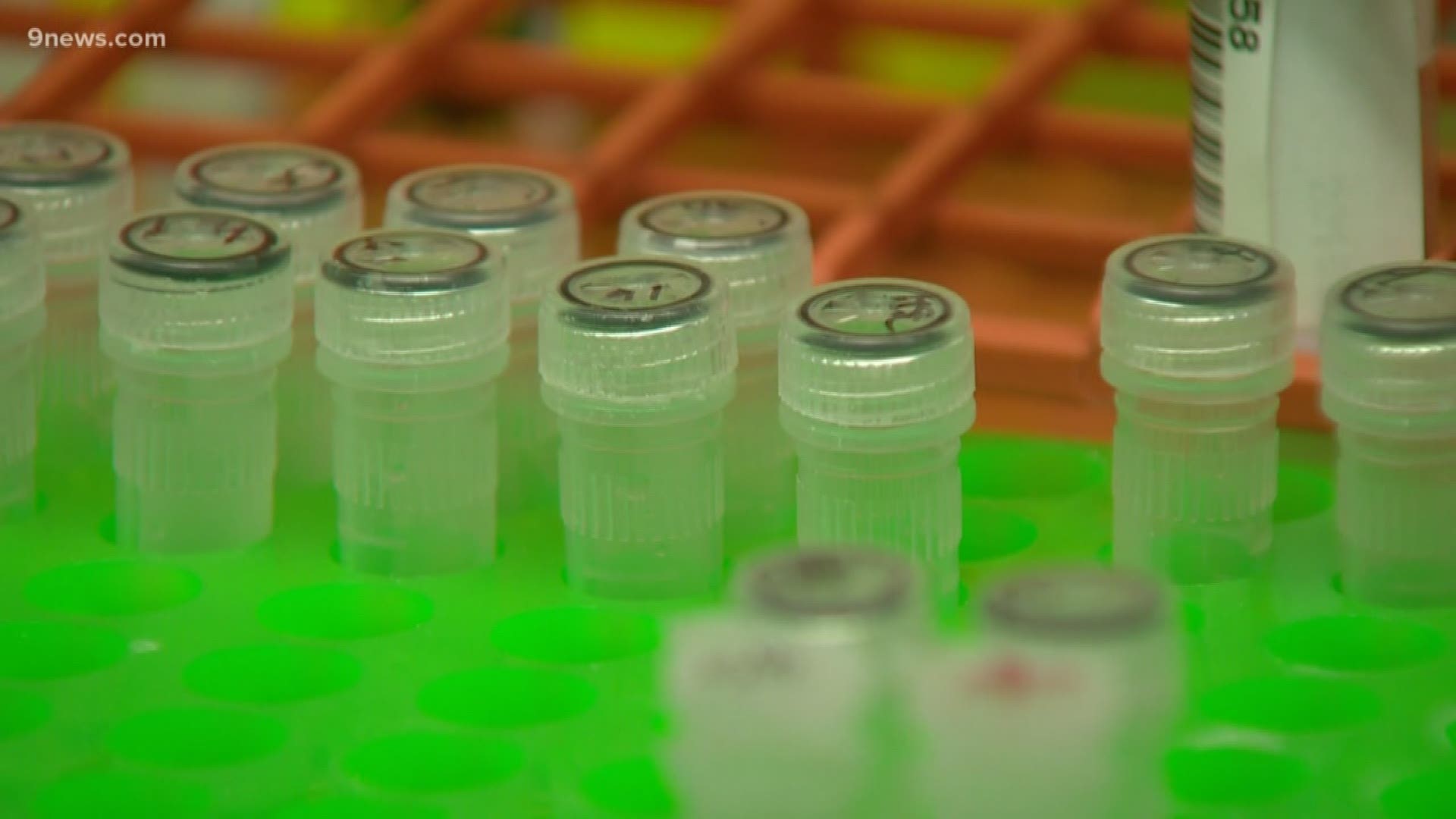