'I'm going to err on the side of saving lives': Denver extends stay-at-home order

Other metro-area counties are still discussing whether they will extend orders. 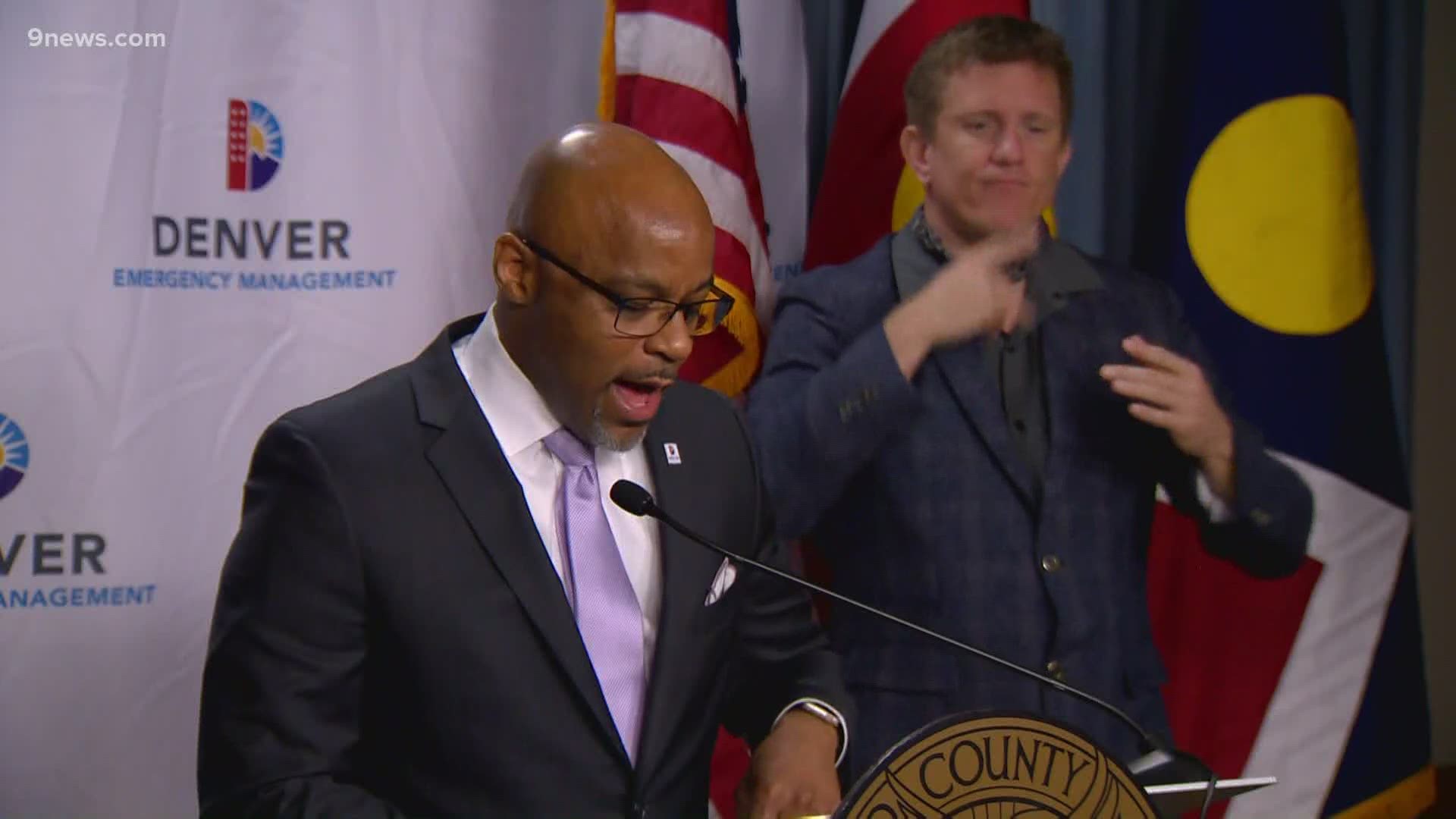 DENVER — The city of Denver is extending its stay-at-home order to May 8 and is attempting to expand its testing capacity for COVID-19 to 1,000 per day, Denver Mayor Michael Hancock said Friday.

“I’ve said this before: I’m going to err on the side of saving lives,” Hancock said in press conference announcing the update.

Colorado's statewide stay-at-home order will expire on Monday and be replaced with a new "Safer at Home" plan that allows for non-essential medical procedures and curbside retail pickup. But Gov. Jared Polis (D) has said local municipalities can decide to extend their orders based on the conditions within their borders.

Previously, Denver's order was scheduled to expire at the end of April. Speaking to Next with Kyle Clark, the mayor said city officials thought pushing to a May 15th expiration would be best, but Denver's regional partners preferred the week prior.

Those partners include neighboring counties with their own health departments, as well as the Tri-County Health Department, which manages Adams, Arapahoe and Douglas counties. Also Friday, Adams and Arapahoe, Jefferson and Boulder counties joined Denver in selecting May 8 as the next benchmark.

Mike Coffman is the mayor of Aurora, which falls in both Adams and Arapahoe counties. He said on social media that he supports the "Safer at Home" approach and was "deeply disappointed" in the delay. He also acknowledged on social media this week that local health officials had been working together to make the call.

“In fact, the metro area has many of the same challenges Denver does compared to other parts of the state, and our governor has been supportive of our efforts to address those unique challenges,” Hancock said.

RELATED: Here are counties extending stay-at-home orders (or considering it)

Among the reasons for an extension, according to metro-area health officials: testing.

Bob McDonald, the executive director of the Denver Department of Public Health and Environment, said the city will work in partnership with Denver Health to expand testing to 1,000 a day.

“We have built out and identified a workforce of over 100 people that we hope to train and will train in the next couple weeks in preparation for that,” McDonald said.

Hancock also said he is working with surrounding cities and counties to expand contact tracing to identify potential outbreaks.

In his own press conference on Wednesday, Polis said expanded testing would be just part of the approach to reopening the state’s economy. The governor also emphasized widespread mask-wearing and social distancing.

Polis has not yet released the formal "Safer at Home" order the state will be adopting on April 27.

Hancock agrees Denver residents should wear face masks, even on walks. Regarding reopening, Hancock said Denver will do so in “baby steps” and use a “phased-out” approach that doesn’t mean every business will be able to reopen on May 9.

RELATED: Colorado Gov. Polis 'virtually visits' Eagle County, says he expects it will be the first in the state to reopen