Colorado tourism leaders are hopeful unemployment will go down while spending in mountain communities goes up. 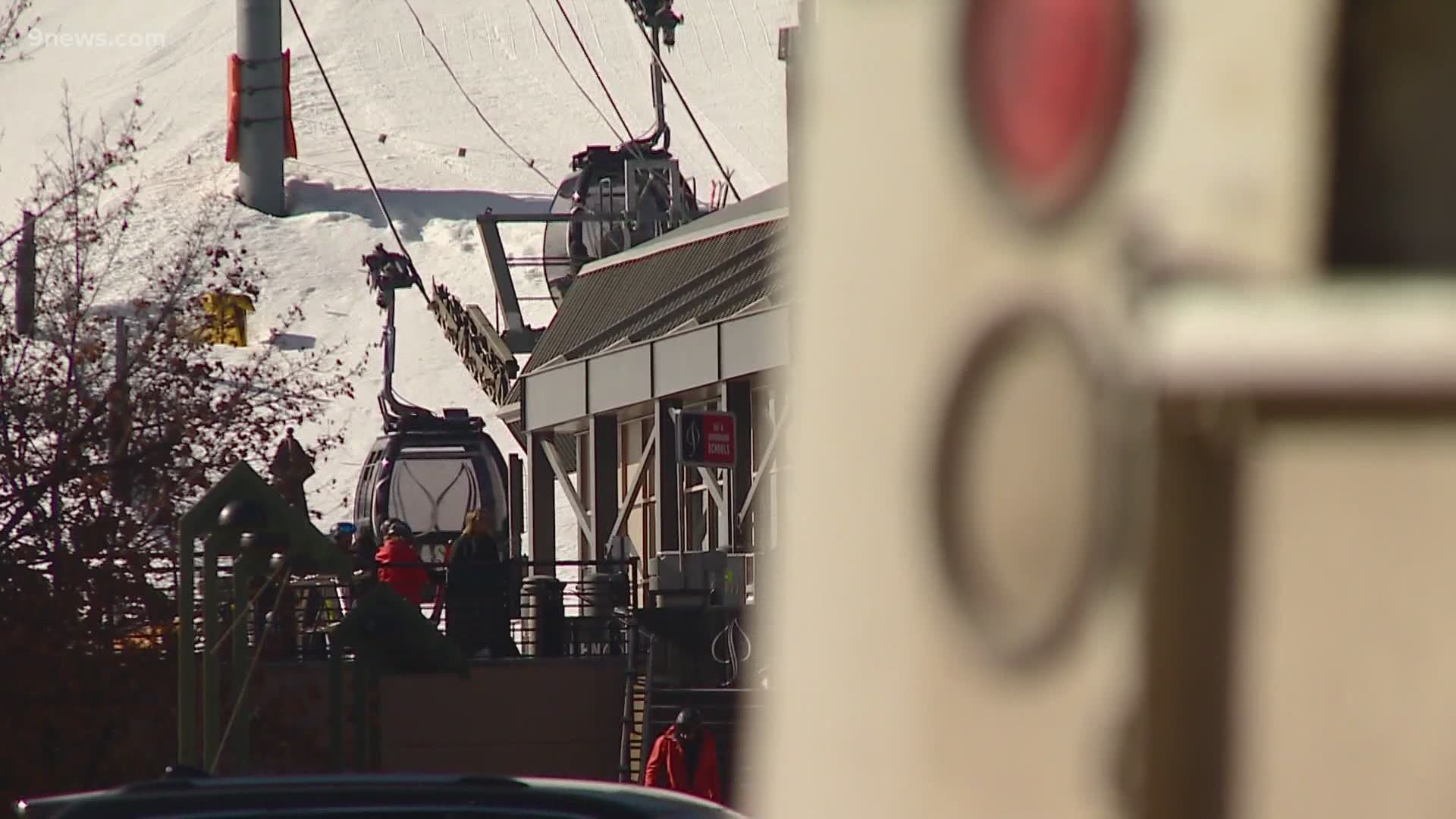 EAGLE COUNTY, Colorado — Mountain towns have been financially devastated by the COVID-19 pandemic.

Most communities in the high country rely on tourism which has been all but eliminated since March. Now that some counties have been granted variances, the state's tourism leaders are hopeful unemployment will go down while spending in those communities goes up.

Tourism isn't only important to those specific areas, it's "Colorado's signature industry," according to Cathy Ritter, the director of Colorado Tourism Office. She said the whole state is feeling the pandemic's impact in this particular aspect since Colorado's tourism economy "hit bottom in mid-April."

"Since then we’ve seen a slow but steady return of tourism spending," Ritter said. "Very slow. We’re still 86 percent down from where we were a year ago this same time."

Though Ritter said Colorado's tourism was never shut down -- only temporarily discouraged -- this particular blow to the industry played a large part in the rise in Colorado's unemployment.

According to the to the state's Department of Labor, unemployment across Colorado hit 11.3 percent in April. That was a jump of 6.1 percentage points from the month before.

That's the highest unemployment rate for Colorado since the keeping of such records began in 1976, CDLE said. The previous record was 8.9% from September to December 2010.

Among the counties, Pitkin County had the highest unemployment rate at 23.1%, followed by Gilpin, San Miguel, Summit and Eagle counties, all above 20%.

"By some accounts, half of all the unemployment across the country and very likely in Colorado is due to the loss of tourism jobs," Ritter said.

Several counties, including Eagle and Pitkin which are homes to Vail and Aspen respectively, were granted variances by the state over the weekend allowing dining at restaurants and lodging to continue at half capacity.

In a statement, President and CEO of Vail Valley Partnership said, "Eagle County’s economy is built on hospitality and tourism. As we enter our next phase of re-opening, we are excited to welcome visitors back to our community. We know that visitors and guests are not our enemy - COVID is our enemy. Our business community is working closely in collaboration with our county government and health system to ensure we are well positioned to provide a consistent guest experience and to welcome folks back to the mountains. Tourism is vital to Colorado - and Eagle County’s - economy and is especially vital to our economic recovery to support businesses and local municipalities. While we recognize it will not be a “traditional” summer due to COVID’s impacts, we’re confident in our local experiences & activities and are excited to welcome our guests back."

Ritter said Colorado is already starting to see "green shoots of tourism recovery around the state."

She said during an eight-week period this spring, travelers only spent 830 million dollars compared to 3.9 billion dollars at the same time last year.

"What we are asking travelers to do as they start returning to our state is to practice our new definition of responsible tourism which is not only about protecting our resources and our destinations, but showing care for the people who call those destinations home," Ritter said.

RELATED: A-Basin seeing high demand for reservations as it plans to reopen May 27