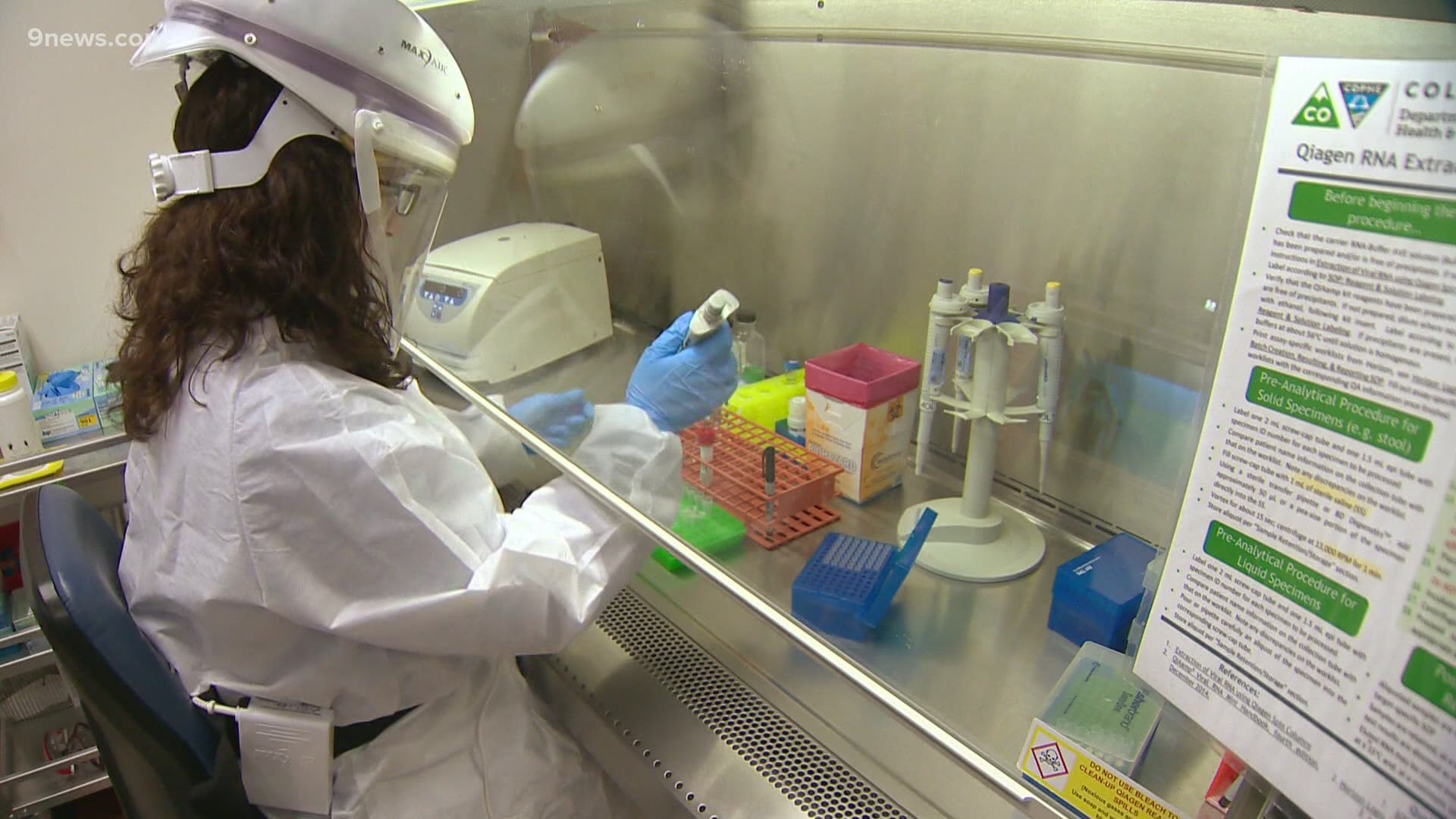 DENVER — Two COVID variants might account for as much as 30% of the state's current caseload, a top health official said Thursday, a grim update in Colorado's race to vaccinate its resident before the variants can drive up cases, hospitalizations and deaths.

In order to keep tabs on new COVID strains, the state has started randomly testing hundreds of COVID-positive samples to see if they're variant cases. Eric France, the state's chief medical officer, said Thursday that roughly 22% of those random samples test positive for the California variant and another 8% test positive for the United Kingdom variant.

France said the state can extrapolate those surveillance findings onto the broader situation in Colorado, meaning roughly 30% of cases are attributable to those new variants.

>The video above aired earlier this month; State ramping up efforts on COVID variant testing.

Both of these new strains are listed by the state as "variants of concern," meaning they spread easier, cause more severe disease, reduce the efficacy of treatments or vaccines and are harder to detect.

> Read the full story at The Denver Gazette