On the frontlines of COVID-19 for 8 months: 'It's physically and mentally exhausting'

The doctor who addressed Colorado during the start of the pandemic reflected on the crisis eight months later. 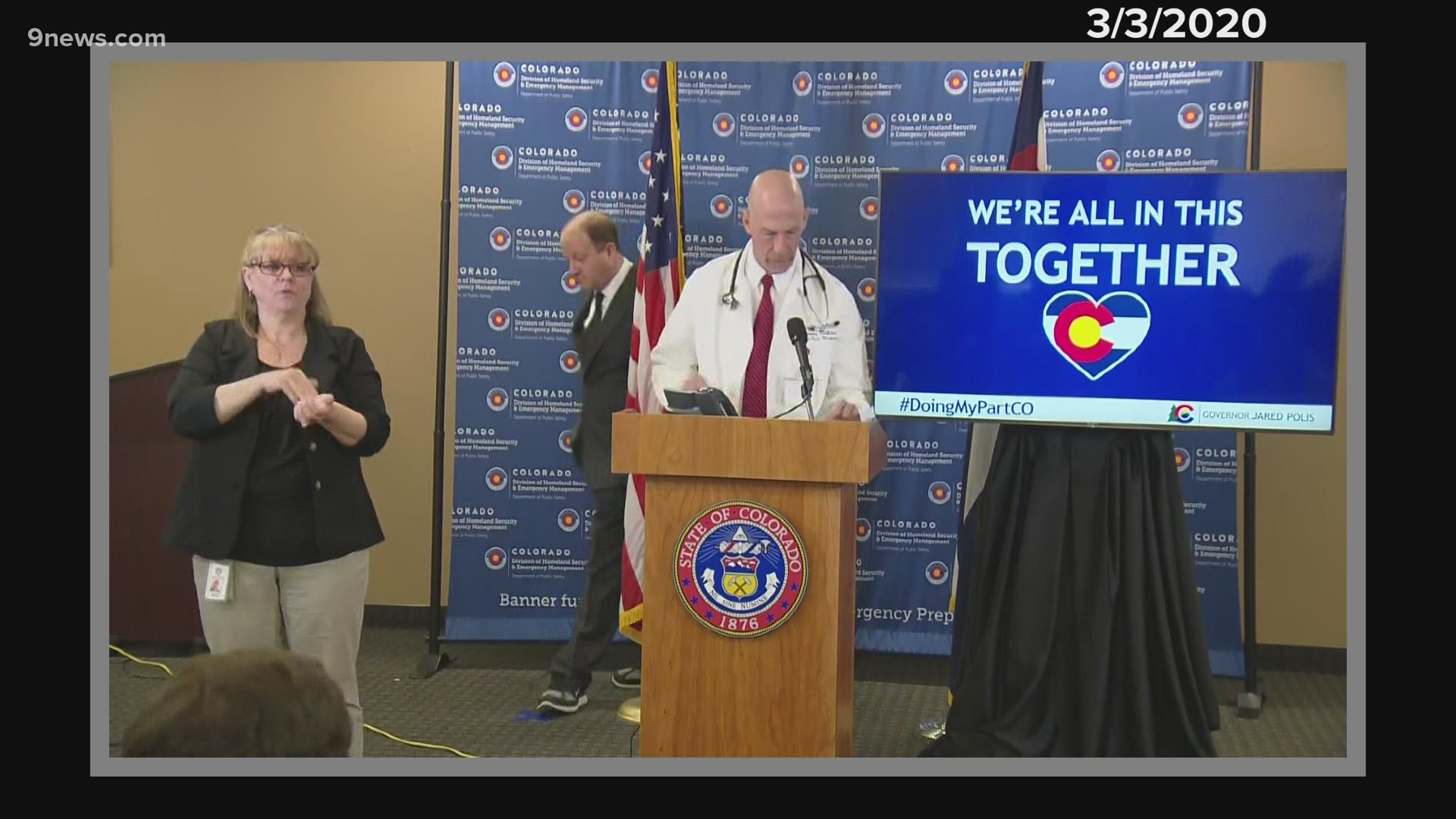 AURORA, Colo. — Fresh off the frontlines, Dr. Marc Moss took the podium from Governor Jared Polis during a COVID-19 press conference on March 30.

“I’m concerned," Moss said. "I’ve never seen anything like this in my career.”

The critical care doctor at UCHealth shared perspective from his long days working in the intensive care unit.

“Healthy people can be infected with this coronavirus and become critically ill," he said "This pandemic can affect anyone.”

At the time, UCHealth was caring for an unprecedented number of critically ill patients. The World Health Organization had declared COVID-19 a pandemic only a few weeks prior.

“We’re only at the beginning of this crisis," Moss said during the press conference.

“We’re on the first lap," Moss told 9NEWS on Sunday. "I still think we’re near the beginning of this pandemic."

Colorado healthcare workers may have settled into a routine treating COVID-19 patients, but Moss said days in the ICU are physically and emotionally draining.

"What we’ve done as healthcare professionals is sat in a patient’s room and held their hand while they died," Moss said. "That’s something I’d never done prior to the pandemic because that’s what family members had done.”

As of Sunday, 1,278 people were hospitalized for COVID-19 in Colorado. Every day since Nov. 5, Colorado reached a new record for hospitalizations due to confirmed cases of COVID-19.

“I think people need to really understand that this is a very serious pandemic and we need to do everything we can to decrease the number of patients that are exposed," Moss said.

As cases and hospitalizations surge, Moss said he missed the displays of community support that motivated him and other healthcare workers.

“I used to walk through the neighborhood as an example and see signs that say, ‘we love our healthcare workers,’ and that really made you feel good," Moss said. "I’d never seen that before in my entire career. Those signs are gone, and people don’t quite realize what’s going on in the hospital and that it’s been going on for eight months.”

After long days in the ICU, Moss said he chooses to focus on what makes his job feel rewarding.

“Many of these [patients] do get better," Moss said. "It’s pretty amazing. People can be on multiple forms of life support and you’re patient with them. It takes time. You’re diligent and conscientious and you watch them get better over the course of a few weeks.”

The message Moss delivered to Colorado in March seemed just as relevant in November.

“I think what I said at the governor’s press conference I would say now," Moss said.

Moss said he still hopes for the best and prepares for the worst knowing his work during the pandemic is far from over.