Restaurant owners have mixed reviews after one week at 'Level Orange'

It's been one week since restaurants in more than 30 counties were allowed to reopen with 25% indoor dining. 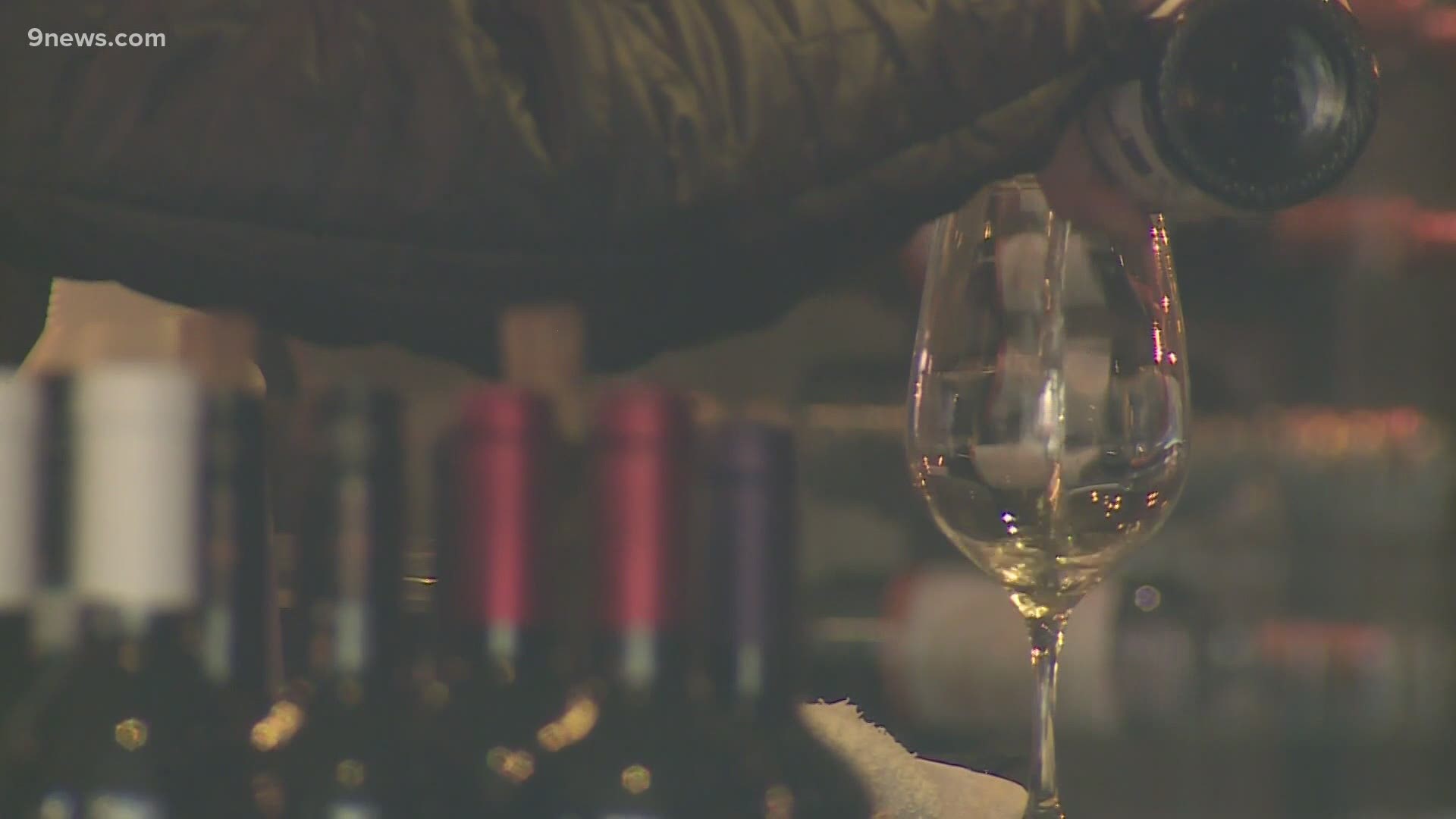 DENVER — Monday marks one week since Governor Jared Polis moved more than 30 Colorado counties from Level Red to Level Orange. The change on the state's COVID color dial allowed restaurants to reopen with 25% indoor dining for the first time since November.

However, restaurant owners have mixed reviews after one week under the new restrictions.

"It's a ray of hope," said Peter Fatianow, co-owner of Indulge Bistro & Wine Bar. "We're super thrilled about bringing extra staff back. I'm sure that every restaurant in the state is really happy about that."

Fatianow and his wife co-own three Indulge Bistro & Wine Bar locations in Jefferson, Arapahoe and Douglas counties. All three were among the 33 counties that moved from level red to level orange on the first Monday of the new year.

"Tents are great, yurts are great, the bubbles are fun," Fatianow said, after months getting creative with outdoor dining options himself. "But a lot of people just like to have that indoor dining experience," he said.

Indoor dining, even at 25%, has allowed Fatianow to double their staff, and seat customers outside and inside for the first time in months.

"The biggest hurdle for us, and other restaurants, is just the speed at which things change and that we don't have time to really get prepared," Fatianow said, referring to the governor's decision to change nearly three dozen counties' restrictions the night before New Year's Eve. 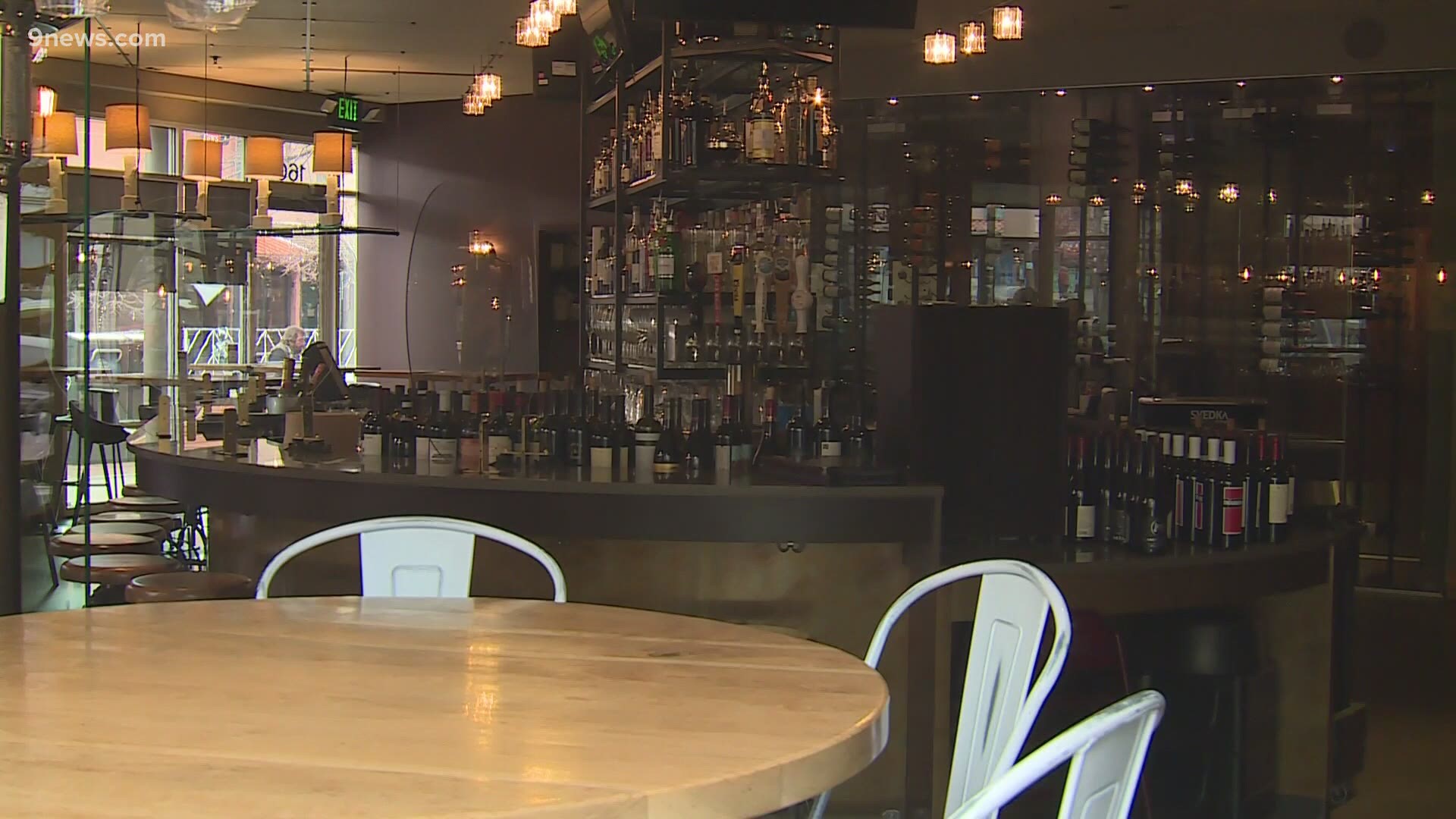 Fatianow is not alone. Many people, including local health officials, told 9NEWS the sweeping change to level orange was unplanned and unexpected. Chris Fuselier, the owner of Blake Street Tavern in Denver, called the news "bittersweet."

"The curveballs keep coming. We don't know which ones to hit," said Fuselier. "I don't know where the governor or [the Colorado Department of Health and Environment] came up with 25% because, to me, I'd rather be nothing or 50%. You just can’t operate at 25% and make money."

Like Fatianow, Fuselier is very happy to have some of his employees back on the payroll.

"I'm not being paid, but I've got some staff that are being paid," Fuselier said. "That keeps them off unemployment, so I feel good about that."

But after seven days, Fuselier is still debating if it's even worth it to operate Blake Street Tavern at quarter capacity.

"After a week, I'm not sure we'll break even," Fuselier said. "It's hot and cold. We were mainly cold last week. Monday through Thursday we were very slow. Friday night we were okay. Yesterday we did fantastic," Fuselier said Sunday. "Today, we’re back to doing okay. It’s up and down."

He feels it's partially due to the confusing restriction changes that happen so often, but also the general public's continued reluctance to dining indoors. According to Fuselier, he's not the only restaurant owner calling Level Orange restrictions a wash.

"A lot of restaurants are doing what we're calling 'hibernating,'" Fuselier said. "They have chosen not to reopen at 25% and hibernate till it goes up to 50% capacity."

RELATED: Here are the Orange restrictions on Colorado's COVID-19 dial

It’s been 1 week since we reopened to indoor dining at 25%.

The struggle is real...

Myself/other Denver Owners are asking ourselves daily if we should stay open at 25% (and pray we break even) or “hibernate” until March when 50% with reasonable restrictions should be the norm.

When asked if he will continue operating or choose to hibernate, Fuselier said, "I think about it every day. It's a day to day decision. Right now, I don't know."

This time next week, restaurants may have even fewer restrictions in counties that have qualified for the 5-star variance. If they maintain the metrics to stay in Level Orange for another week, restaurants like Indulge Bistro & Wine Bar can move to Level Yellow, meaning 50% indoor dining, by mid-January.

"We're one week down, one week to go," Fatianow said. "So hopefully another week and we can move to 50%."

Denver county has not yet been approved for its 5-star variance after nearly a week. Unfortunately for Fuselier, Blake Street Tavern will stay in Level Orange even longer until the state approves the variance.