The outbreak happened after many officers in the department opted not to get the vaccine, the department's chief confirmed Friday. 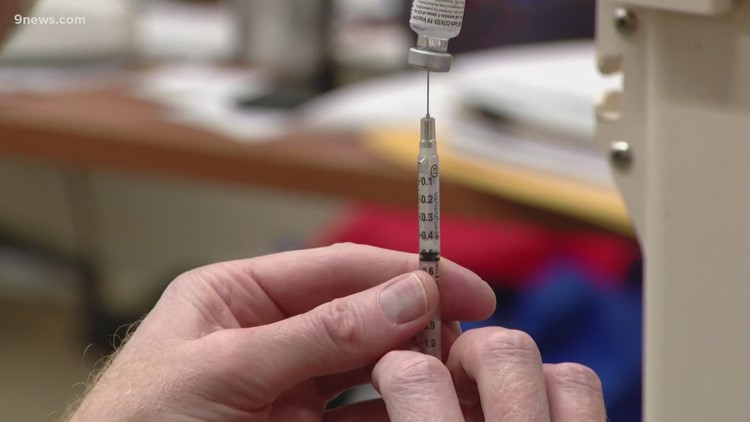 OURAY, Colo. — The Ouray Police Department (OPD) was left without a full-time police officer at the beginning of February after an outbreak of COVID-19 impacted the department, the police chief confirmed Friday.

The outbreak, first reported in the Ouray County Plaindealer, happened after officers in the department opted not to get the COVID-19 vaccine, citing concerns of side effects and the uncertainty of long-term effects, according to Police Chief Jeff Wood. First responders and front line workers were eligible to receive the COVID-19 vaccine beginning in December.

Four OPD officers came into contact with Wood at a department training on Wednesday, Feb. 3 after Wood started feeling ill on Monday, according to Wood. The officers did wear masks and followed social distancing guidelines, Wood confirmed.

> Video above: 9NEWS story about how the Johnson & Johnson vaccine will play important role in achieving herd immunity.

Ouray County Public Health Agency recommended Wood get tested the next day, and by Saturday, he had tested positive, Wood confirmed.

The four other officers at the training were tested and instructed to quarantine. One other officer tested positive and two others started showing symptoms without a positive test, Wood confirmed.

OPD officers were allowed to address reports and take phone calls while on quarantine, the department said.

Wood and the other officers have since returned to work after completing their quarantine periods and recovering from their illness, Wood confirmed.

RELATED: There are still 741 active COVID-19 outbreaks in Colorado

RELATED: Polis to give update on vaccinations, state's response to COVID-19

Top stories from 9NEWS curated daily just for you! Sign up for the 9NEWSLETTER right now to get can’t-miss stories, Next and Broncos content, weather and more delivered right to your inbox.