Some states that are running out of ICU beds are putting in transfer requests at Colorado Hospitals. Two hospitals confirm they have out-of-state patients. 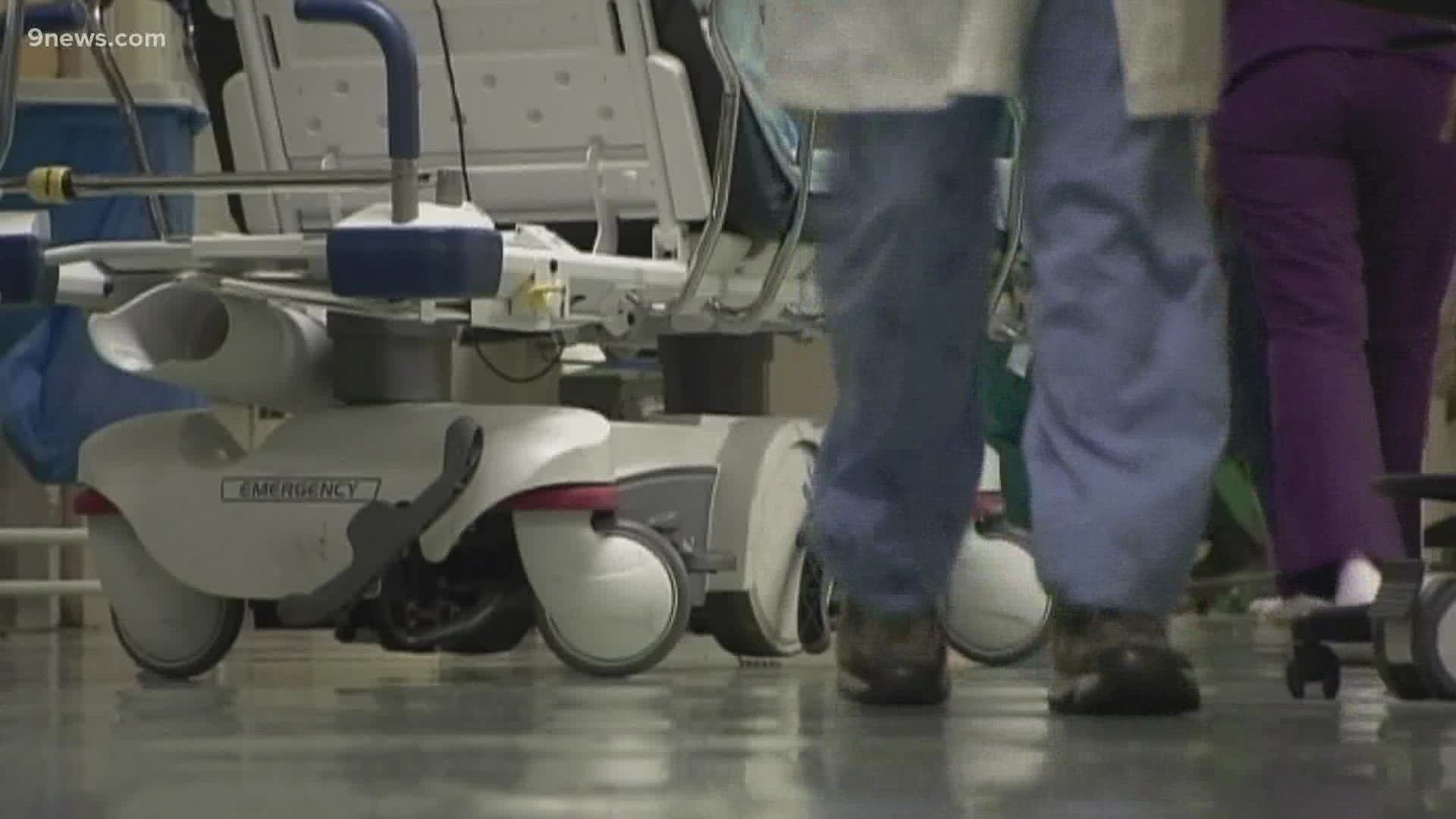 DENVER — Hospitals in Colorado are starting to admit more patients into intensive care units (ICU) due to COVID and its variants.

"I personally have not taken care of a patient in the last two months that has had the vaccine. So all my patients that I see in the ICU are unvaccinated,” said Dr. William Janssen, Section Head of Critical Care at National Jewish Health.

Some patients being transferred to National Jewish and Denver Health are not Coloradans.

"Parts of the country have really been hit hard and in those states, ICU beds just aren't available. So we've been asked to help offload those ICUs. Either by taking patients that don't have COVID to make room for ones that do or by taking COVID patients,” Janssen said.

Janssen is caring for some of those patients who are in the ICU. He said he can’t tell if the patients are sicker, but he said they are younger compared to the beginning of the pandemic. Most patients range between the ages of 30 and 50.

"Just yesterday, for example, I saw a patient from Oklahoma – another one from Texas,” Janssen said. “I’d say that Texas and Oklahoma, due to their geographical proximity to Colorado, are some of the states where we are getting the most calls,” Janssen said.

Some calls have come from as far as Alaska and Florida. However, they are concerned about what the next few weeks could look like.

“The COVID delta variant is on the rise here in Colorado, so I am worried about the coming weeks no doubt about it,” Janssen said. “Most of our ICUs are already full. And so, it’s been increasingly difficult for us to help other states because our ICUs are already at capacity. So, our ability to take more patients is somewhat limited. And so, that concerns me as we look toward the future,” Janssen said.

Janssen says healthcare professionals have learned a lot in the last 18 months about this virus. But now it seems like Deja-vu.

“When the vaccine came out, there was just this huge sense of optimism among healthcare providers. And I thought we had seen the worst of it. Very surprised and disappointed to be in this state again where we are seeing an increasing number of cases,” Janssen said.

The delta variant is causing an uptick across the country, but the message from those on the frontlines remains the same.

“My message would be if you haven’t had the vaccine and you can get it please do so it really – it’s a game-changer,” Janssen said.

The Colorado Hospital Association says they are not tracking the number of out-of-state patients being cared for in Denver. It’s hard knowing where a patient ends up because hospitals may call dozens before finding an available bed.