Pandemic causes spike in demand for food pantries in US

The coronavirus pandemic has provoked a spike in demand for food pantries in the U.S. 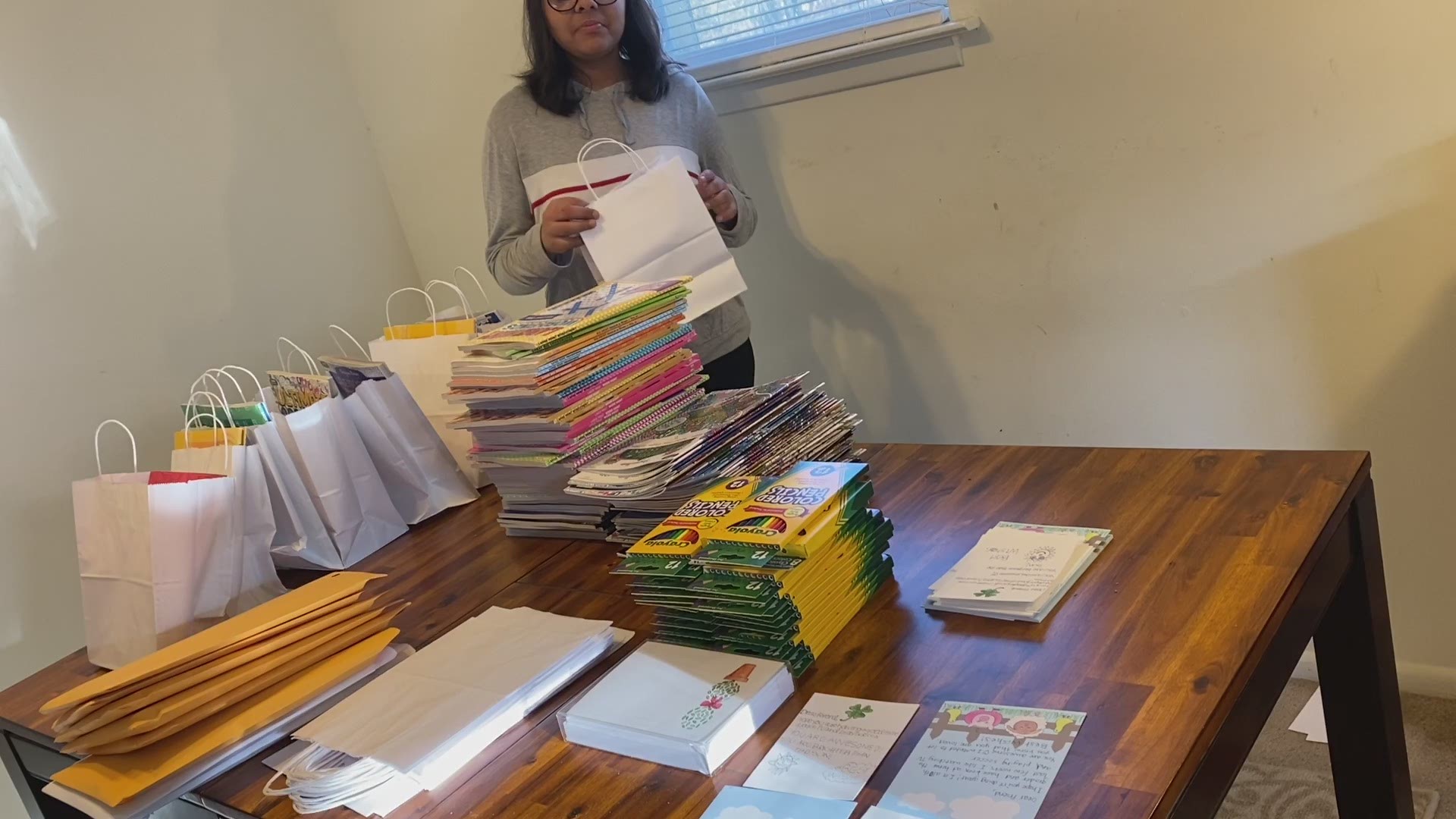 FRANKLIN, Tenn — Brooklyn Dotson needed food. Her first unemployment check had yet to arrive after she was let go by the warehouse where she used to work.

So the 25-year-old Nashville woman scrounged up some gas money and drove 30 miles (48 kilometers) to the GraceWorks Ministries food pantry in Franklin. There, at the pantry's new drive-thru, workers wearing masks and gloves loaded her van with about $350 worth of groceries.

“I don’t have any income coming in, I don’t get any food stamps, so it’s just hard to get any help right now,” Dotson said while waiting in line at GraceWorks.

Food pantries stay busy even in the best of economic times; the coronavirus pandemic has prompted a spike in demand as millions of people like Dotson find themselves furloughed, laid off or with businesses that have suffered huge financial blows.

“About 50% of the people coming through our lines have never been here before,” said GraceWorks President and CEO Valencia A. Breckenridge.

Just as demand is skyrocketing, however, many of the food banks’ sources are drying up. Restaurants, hotels and resorts — many of which are shuttered or sharply limiting their operations — are no longer supplying them with food, while other suppliers are busy restocking grocery shelves. Farmers have switched from shipping vegetables and meats in bulk to individual packaging for grocery stores.

Credit: AP
FILE - In this April 11, 2020, file photo, Christopher Love, general manager of the Covenant Mercy Mission helps prepare food donation boxes for distribution at a food pantry, in New York. The coronavirus pandemic has provoked a spike in demand for food pantries in the U.S. Providers have seen people lining up hours before pantries open, with cars stretching sometimes for miles. (AP Photo/John Minchillo, File)

Feeding America has seen an increase in demand from 98% of its member banks, according to a recent survey. The average increase for a member was 63%, while 95% of the association’s food banks reported an increase in operating expenses, the organization said.

Congress included a significant boost for emergency food assistance in its coronavirus relief legislation, but Fitzgerald warned that funding may take months to reach localities while food banks contend with a flood of need in the near term. The $100 million that billionaire Jeff Bezos pledged to the association on April 2 was already being deployed last week, she said.

"When people say what do you need the most, we need food and money,” said Nancy Keil, president and CEO of Second Harvest Food Bank of Middle Tennessee.

In addition to finding ways to meet the spike in demand, food banks have had to devise creative new ways to distribute ever greater amounts of food while keeping both recipients and their staff safe from exposure to the coronavirus.

The San Francisco-Marin Food Bank in California has built “pop-up” pantries after some of its previous 275 or so sites had to stop operating during the pandemic, spokeswoman Keely Hopkins said. The new sites, many of which are serving hundreds of people per day, stay open for longer hours and use open spaces such as parking lots to facilitate social distancing, she added.

Paid staffers are diving in at many food banks to stock, sort and bag food for either delivery or drive-thru pickups, a measure they realized was necessary to protect volunteers, many of whom are older and particularly at risk for complications from the virus. Second Harvest Food Bank of Middle Tennessee limits volunteers to 10 per room to fill boxes.

The board of the East Nashville Cooperative Ministry has proposed closing because so many of its volunteers are elderly, including Judy Wahlstrom, who runs the program.

Wahlstrom, 70, has refused, but she said she is taking precautions, allowing only one person inside at a time to select food off the shelves while she wears a mask and gloves.

“I said, ‘If I get it, I get it,’” Wahlstrom said. “I don’t have anybody at home dependent on me. I said, ‘I got to keep it open.’ And I gave the volunteers all the options.”

At the Regional Food Bank of Oklahoma, spokeswoman Cathy Nestlen said nearly 45,000 volunteers helped out last year. This year, in order to adopt best practices for social distancing to combat the virus, staffers have stepped up to help.

Nestlen said the bank, which acts as a food distribution center for hundreds of member agencies, moved to a six-day workweek this month and would consider moving to seven days a week if demand called for it.

Oklahoma had ranked among the hungriest states in the nation before the coronavirus, Nestlen noted. “This pandemic on top of it just shines a light on how so many households, not just in Oklahoma but around the country, live paycheck to paycheck,” she said. “When a household becomes economically insecure, they almost immediately become food-insecure.”

Food banks like Nestlen's are realizing the sharp increase in demand could continue for months, which she said makes donations even more crucial.

For now, one thing is certain: Whatever food they do acquire is flying off the shelves just as fast as it arrives.

“The food’s coming in the back door, and it’s going right out the front to the customers," said Courtney Vrablik, executive director of The Store, a supermarket founded by singer Brad Paisley and his wife last month in Nashville to provide free food for those in need.