“Simply put we have too many damn stores.” 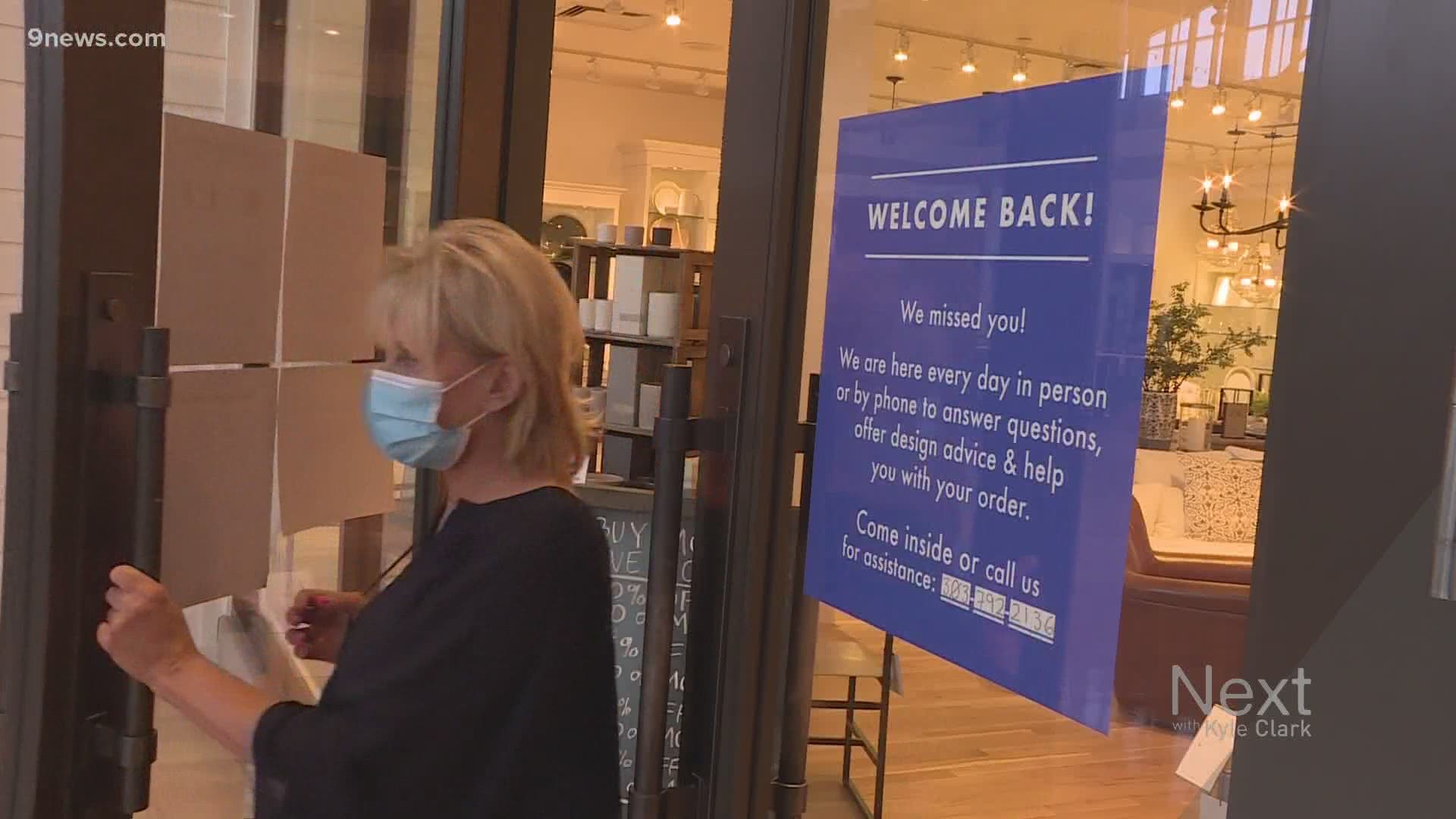 LONE TREE, Colo. — The state allowed Park Meadows Mall in Lone Tree to reopen over the weekend after two months of closed doors.

9NEWS had a chance to walk through the mall on Monday to see what it’s like to shop in a pandemic.

Janitors are using special anti-bacterial cleaning technology and special air filters to better protect guests, Kelly said. Security guards and door greeters will be reminding shoppers to wear masks and Kelly said they will be offering disposable masks to those who forget one.

Only 39 of the roughly 200 stores in the mall have opened so far.

“Yes and more and more will open each day. And that was always what the plan was was to be gradual,” said Kelly, adding that capacity will be limited to 50%.

None of the restaurants in the food court have opened. Kelly said Park Meadows wants additional guidance before allowing dining. None of the tables in the large dining hall have chairs, discouraging guests from sitting and staying.

The Future of American malls

According to some experts, retailers should spend these strange times making sure they are relevant to younger generations.

“Simply put we have too many damn stores,” said Darrin Duber-Smith, a senior lecturer of marketing at Metropolitan State University (MSU) of Denver. “There are too many stores selling the same things. When you look around you've got stores that are carrying the same brands and they're not differentiated from one another.”

Duber-Smith said relatively cheap commercial real estate in decades past is colliding with an increasing reliance on e-commerce and a desire for a unique shopping experience. He anticipates 25% to 30% of brick and mortar stores won't exist in five to ten years.

“You can't just put a bunch of stores together and say, 'Hey everybody, show up and shop'," Duber-Smither said. "You know, we have web browsers that can do that. So shopping malls really have to sort of think outside the box and offer more experiences.”

Those experiences can be tough to have with a mask and social distance.

Right now, stores are just trying to control the flow of foot traffic. Allowing guests to try new cappuccino flavors at Nespresso or work up a sweat during a Peleton Test ride isn't on the immediate horizon.

Park Meadows said they expect some stores will adapt and hang on, and, naturally, others won't.

“You'll see a weeding out. You'll see retail change. But we've seen retail change,” said Kelly, stressing that many brands pride themselves on the in-store experience. “You have Microsoft and Apple and Tesla and Peleton, you know, the type of retail is much more active than what it was.”

RELATED: Costco eases restrictions on number of customers that can enter