Phamaly said they are anticipating a revenue loss of at least $284,000 due to COVID-19. That represents 30% of its projected revenue for the year. 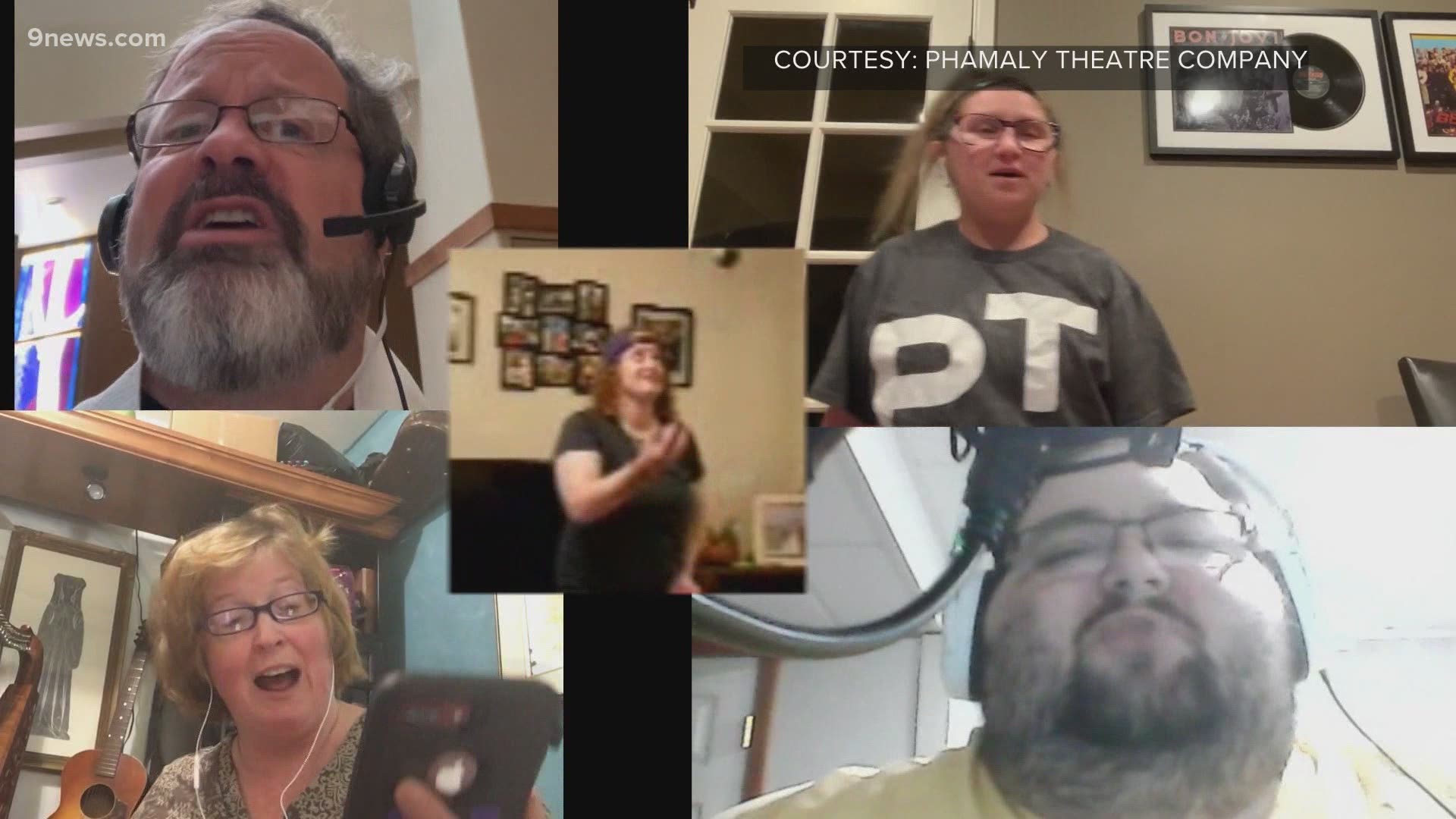 DENVER — For the last 30 years, Phamaly Theatre Company has provided a home for theatre artists with disabilities.

But the pandemic has made this year tough for the non-profit.

"This industry has been hit so hard, like unbelievable hard," said Sam Barrasso, who been acting with Phamaly for 15 years.

On Sunday, she will cohost Phamaly's BIG NIGHT. The annual fundraiser will take place virtually. Barrasso described it as a homage to the Jerry Lewis Telethon with both live and pre-recorded performances.

The webathon is free and can be viewed from anywhere, but Phamaly is hoping people donate.

The theatre said they anticipate a revenue loss of at least $284,000, or nearly a third of projected revenue for the year, because of COVID-19.

Before the pandemic, Barrasso and her fellow performers were preparing for a summer premiere of Alice in Wonderland. Phamaly was forced to postpone the show until next year.

"We have to raise upwards of $180,000 to make up for the lost funds just from Alice alone," Barrasso said.

The actress told 9NEWS her theatre family isn't in "dire straights but it could get there."

Despite facing a difficult time herself, having been furloughed from her job due to COVID-19, Barrassosaid she is focusing on the positive.

"We're in a pandemic," she said. "The world is crashing down around us collectively. We have to go on. Somehow, someway. Whatever that looks like, however messy that is, whatever funny that is, we somehow have to make the best of the situation.".

Barrasso is making sure the path forward is funny. She's been working on her jokes in virtual rehearsals and gives people permission to laugh at the tongue-in-cheek performance.

"This is disability theatre like no one has ever seen before," she said. "If you’ve seen a Phamaly show, we’re about to amp it up for you," Barrasso said.

To watch, RSVP at this link. If you would like to donate to help Phamaly recoup its COVID-19 losses and continue its mission, you can do so here or by texting 'BIGNIGHT2020' to 44321 on Sunday night.

RELATED: 9Things to do in Colorado this weekend: October 16-18