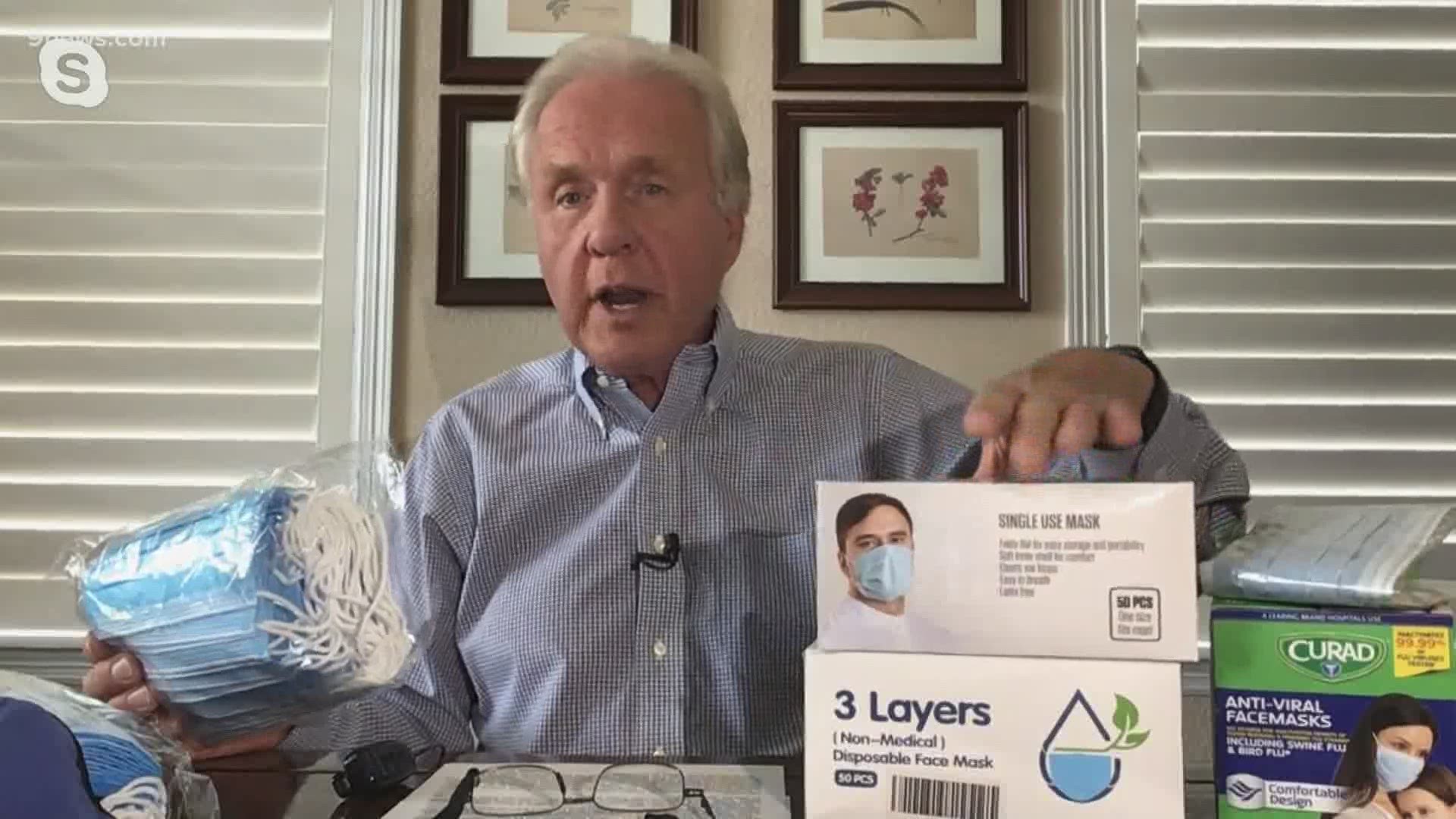 “I think handing someone a mask and handing someone a flier about what their obligations are and telling them they can and will be subject to a ticket for future violations is helpful,” Commissioner Kelly McNicholas Kury said during the board’s work session.

Representatives of the Aspen Police Department and the Pitkin County Sheriff’s Office, however, made clear to The Aspen Times on Tuesday that they have no intention of writing tickets or cracking down on face mask scofflaws in the city or the county.

>Video Above: Which types of masks are most effective for preventing the spread of COVID-19?

“We’re here to assist, but I don’t think it’s our policing duty. I really don’t,” Pitkin County Sheriff Joe DiSalvo said in a phone interview. “I don’t think this is a law enforcement matter.”

“It would be very heavy-handed to have police officers with arrest powers (target someone) merely because their face mask is over their mouth but not their nose,” he said. “Where do you draw the line? At what point does a health violation turn into taking away someone’s civil rights?”

“We’re here to assist, but I don’t think it’s our policing duty. I really don’t,” Pitkin County Sheriff Joe DiSalvo said in a phone interview. “I don’t think this is a law enforcement matter.”

“It would be very heavy-handed to have police officers with arrest powers (target someone) merely because their face mask is over their mouth but not their nose,” he said. “Where do you draw the line? At what point does a health violation turn into taking away someone’s civil rights?

Moreover, both expressed concern about exactly how to charge a person for violating a public health order in the first place.

“Even if I wanted to write tickets, no one has told me what (criminal) statute we would use,” DiSalvo said. “Just not wearing your mask downtown — I don’t see a criminal statute for that.”

“I think we have people in the community who are insisting that we crack down, that we really get heavy with people who seem to be violating the rules,” he said. “So I’m going to ask … if we could get a report from local law enforcement (about) just how they’re responding (and) what sort of enforcement is being done.”

Poschman also brought up a “yellow card” system currently being used by Alaska Airlines to warn customers who refuse to comply with public health rules like face masks. He said he wasn’t sure if local law enforcement was using such a system, but that “it might just be a way (of saying) … we will be contacting you again if you don’t cooperate.”

The yellow card system — which can get non-compliant passengers banned from the airline — is already an accepted way of communicating with the public “and I’d love to put it forward,” he said.

Poschman also acknowledged that some residents don’t want Aspen to turn into a “police state” and that fining people for not wearing face masks could be counterproductive.

“So I think it’s time to hear from police and the sheriff so we can chart a way forward,” he said.

When interviewed after the work session, Linn said the yellow card idea is a way for a private business to decline to provide services under certain circumstances. The situation would become very different if used by police as a premise to take away a person’s civil rights, he said.

DiSalvo said he also isn’t clear how the idea would work.

“You give a yellow card, then what (do you give) the next time?” he said. “This isn’t a criminal action.”

Pitkin County contact tracing investigators have run into problems with potential contacts who hang up on them or otherwise refuse to cooperate, said Assistant County Manager Phyllis Mattice. The county Board of Health will look to strengthen language about enforcing contact tracing cooperation when it meets Thursday, she said.

Commissioner George Newman said it was “distressing” to hear that some contacts decline to talk to investigators, and suggested law enforcement take legal action against such refuseniks. Mattice said local law enforcement was “ready to be involved” when it came to such situations. But both DiSalvo and Linn said Tuesday they knew nothing about such cooperation.

Linn said his department’s general strategy in dealing with public health orders is to educate people and pass on flagrant violations by businesses to the Pitkin County Attorney’s Office, which can then take action.

RELATED: COVID-19 outbreaks reported at restaurants, childcare centers and a camp in Colorado

“I think we consider it important for us to help people in situations like that,” he said. “We will provide masks to people, talk to them and offer education.”

“The community expects the police department to be reasoned, thoughtful, empathetic and patient,” he said. “(Cracking down on public health order violations) is absolutely way into gray territory.”

DiSalvo said one way his deputies might act in a stronger fashion is if someone “uses a cough to more or less assault somebody,” which becomes a criminal violation. Aspen police have cited two people since March for doing just that.

Another reason for a heavier hand might be a situation where COVID-19 infections were breaking out “like crazy” because of people disregarding social distancing or face mask rules, he said.

“But as of now, that’s not the case,” DiSalvo said. “Rolling things out through education is the way this community has worked for a long time, and I don’t see this as any different.”