Polis also said during a news conference Thursday that the last call order is among the 'least bad options' for preventing coronavirus spread. 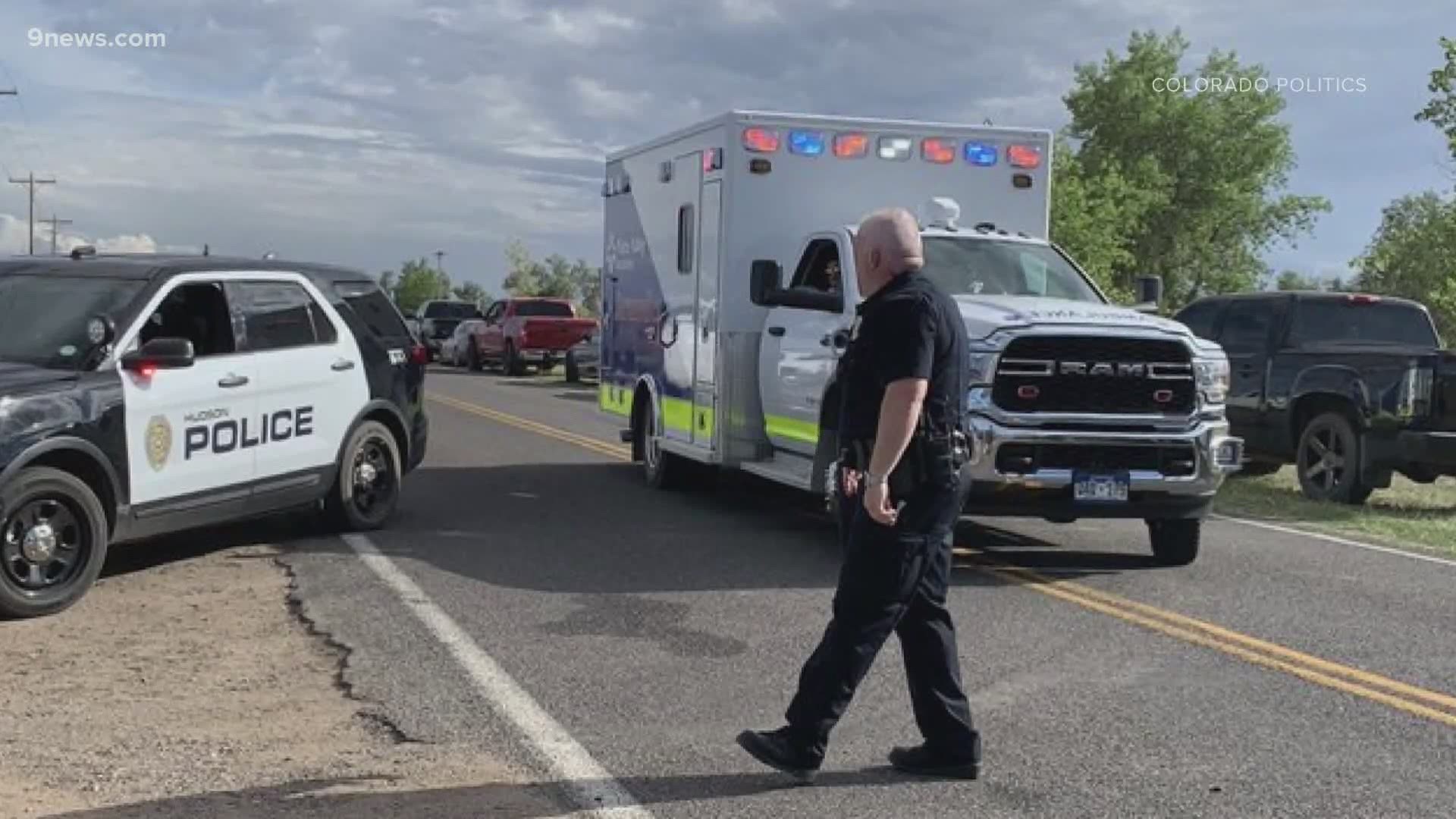 DENVER — Gov. Jared Polis provided an update on Colorado's response to COVID-19 on Thursday afternoon, where he said the Attorney General's office is issuing a cease and desist notice to Live Entertainment, the company that organized an event in Weld County on Sunday that drew a large crowd.

Polis called the event a "super-spreader event" and said an estimated 4,000 to 5,000 people attended.

"The Attorney General’s office, on behalf of CDPHE, has sent a cease and desist letter to Live Entertainment, the organizer of the July 26 rodeo and concert in Weld County," The Attorney General's office said in a statement. "The order prohibits the company from holding any future Colorado events that would violate executive and public health orders related to the size of outdoor gatherings, social distancing, and the statewide mask order."

Asked about an executive order moving last call for alcohol at bars and restaurants from from 2 a.m. to 10 p.m., Polis said it is "one of the least bad options" available for fighting to spread of COVID-19.

On Wednesday, a judge refused to grant a restraining order to prevent Polis' order from taking place.

"Our democracy will not become a causality of this pandemic," Polis said.

Polis also said IKEA calculated the amount of unemployment benefits its Colorado employees have applied for, and is donating around a million dollars to the state's COVID-19 relief fund.

On Sunday, on a private farm in southeast Weld County near Hudson, hundreds gathered for a concert and Mexican bull-riding competition, no masks or social distancing required. And no permit required, either, according to Weld County laws.

The event promoter has already gotten into trouble this year for hosting a similar event in Elbert County a month ago that resulted in a COVID-19 outbreak and sent at least one person to the hospital.

Polis likened attending large gatherings to drunk driving during a news conference Tuesday afternoon, during which he presented data that shows the state teetering on the edge of potentially concerning trends in its fight against the COVID-19 pandemic.

“This is more like drunk driving than it is juggling knives in the privacy of your own home,” Polis said of a large gathering that happened in Weld County over the weekend. “When you’re drunk driving, you’re putting yourself at risk, but you’re also putting others at risk.”

Colorado’s hospitalization numbers have stayed in the mid 200s in recent days – well below the state’s capacity but above the data from early June.

Following a day and 1/2 of testimony, Judge Brian Whitney refused to grant a temporary restraining order that would've have prevented Polis' executive order on last call from taking place.

Several bar owners testified Wednesday morning, hoping to be granted a temporary restraining order that would allow them to operate outside of the order while it's challenged through the court system.

Even before the order went into effect on July 23, bars, such as the Blake Street Tavern, vowed to sue over the action, which is set to remain in place for 30 days.