"This war should be against the coronavirus, not against the American worker," said UFCW Local 7 President Kim Cordova. 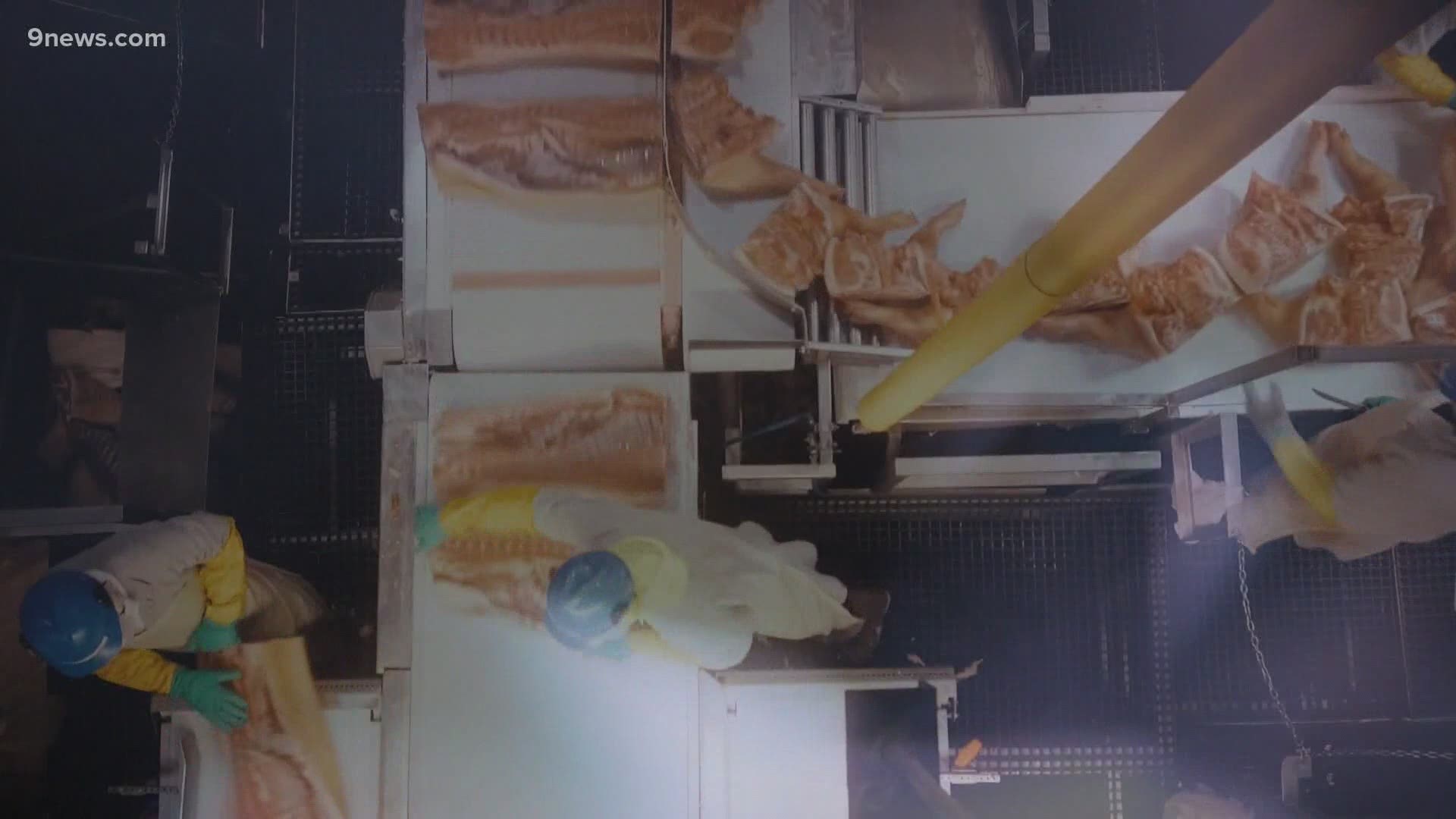 DENVER, Colorado — President Donald Trump signed an executive order Tuesday that will keep meat-packing plants open during the pandemic. These facilities have been the site of numerous COVID-19 outbreaks —   including one at the JBS plant in Greeley where five workers have died.

Thousands of workers have been infected working in these plants across the country, leading to closures that are threatening the nation’s food supply.

“You’re seeing these big swings that are impacting ranchers, impacting consumers, truckers, manufacturers, you name it,” said Jack Buffington, a professor of Supply Chain at the University of Denver. “This is without precedent.”

While meat is predicted to be in limited supply in coming weeks and prices could go up, Buffington adds that “people are not going to starve.” They just might not get the type of meat they want right away.

That's not to say the supply isn't being threatened. Large producers like Tyson, JBS and Cargill are being forced to close facilities hit by the virus.

Trump's executive order is aimed at sending more protective equipment to the plants and keeping them open, as long as they follow guidelines from the Centers for Disease Control and Prevention.

“Such closures threaten the continued functioning of the national meat and poultry supply chain, undermining critical infrastructure during the national emergency,” the order reads. “Closure of a single large beef processing facility can result in the loss of over 10 million individual servings of beef in a single day.

RELATED: There are now 238 confirmed cases of coronavirus at the Sterling Correctional Facility

The order gives the Secretary of Agriculture the ability to develop rules around operating slaughterhouses in a pandemic which could lead to clarity on Trump’s comments earlier in the week about what this means for these businesses.

Unions across the country fear this means workers won’t have recourse should protections at their essential workplaces be inadequate.

“The companies are going to take advantage of this. There's no incentive for them to provide a safe workplace,” said Kim Cordova, president of UFCW Local 7 which represents workers at the now reopened JBS plant in Greeley.

She's been so vocal about what she feels is lack of worker safety there and that JBS sent her a cease-and-desist letter. This did not stop her from sharing concerns about workers with reporters Tuesday.

“They have the right to pursue life, liberty and the American dream," Cordova said. "And you can't strip that away from them simply for the fact these big companies want to continue to make a profit."

9NEWS asked Cargill, which has a plant in Fort Morgan, and JBS about how they would respond if the virus hit them again given that the president is ordering them stay open. They didn't respond.

Nor did Governor Jared Polis' office or the Weld County Health Department.