Q&A: How would Denver restaurants handle a second stay-at-home order?

As Colorado enacts a statewide mask mandate to avoid stay-at-home orders, Denver restaurants worry what another shutdown would mean for business. 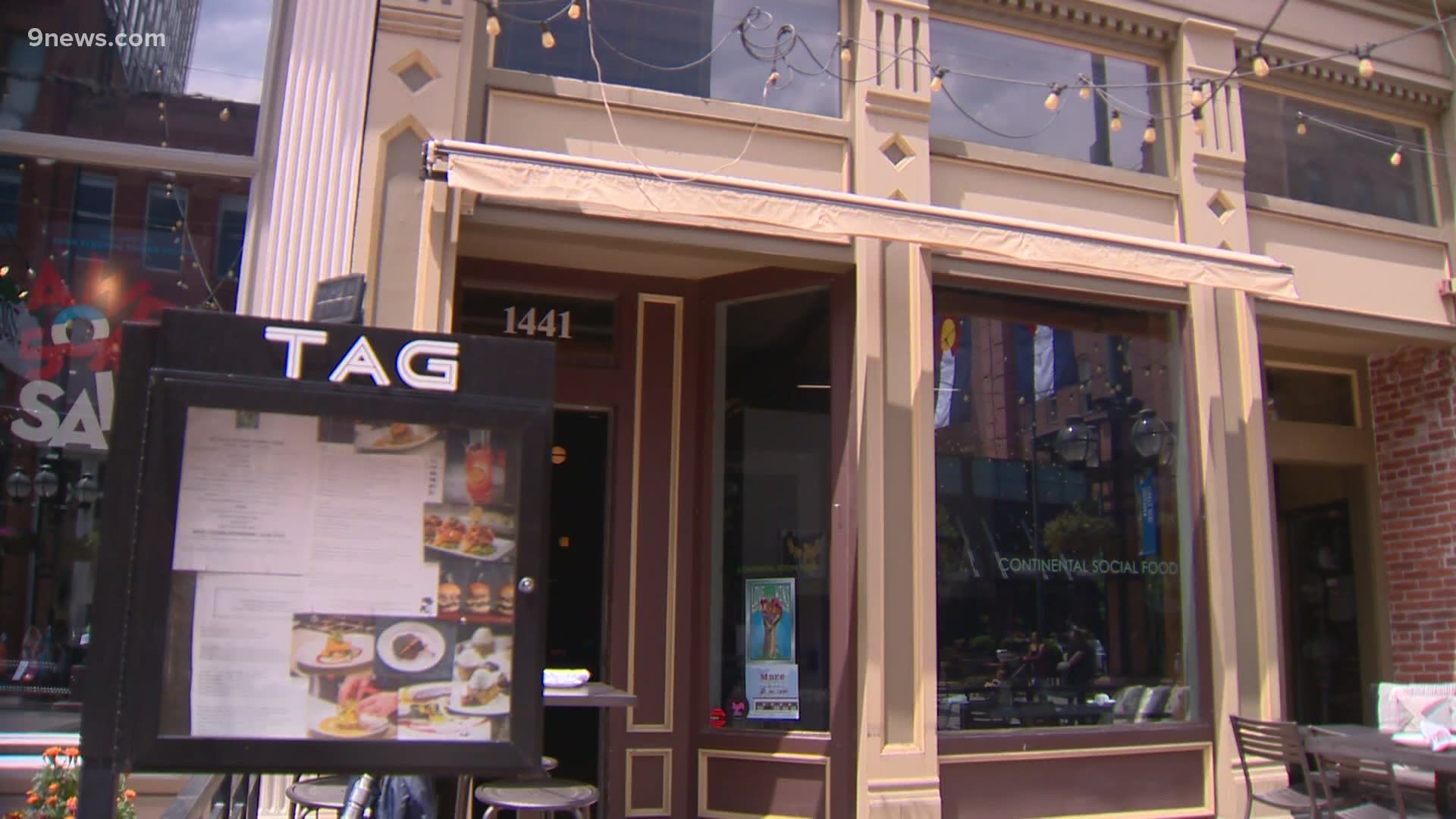 DENVER, Colorado — As the rate of infection in Colorado increases, government officials are doing everything they can to avoid another round of stay-at-home orders while restaurants fear the possibility.

“We have a choice in Colorado: either more mask-wearing and more attention to social distancing, or more damage to our economy and loss of life,” Polis said.

"We lost a lot of jobs in the stay-at-home order and we’re beginning to recover now and to have another setback like that would be traumatic to this economy and hurt a lot of families," Coffman said of once again having to issue a stay-at-home order.

9NEWS asked Denver based TAG Restaurant Group and TAG Burger Bar what being asked to close again would do to their business.

(Editor's Note: Questions and answers may have been edited for context and clarity).

9NEWS: How did you respond to the first stay-at-home order?

Samuel Haupt, Director of Operations for TAG Restaurant Group: When this first happened, we immediately closed down, we furloughed everybody to make sure they could get their unemployment and started to look at what the post-COVID world would look like and get those plans in place for the safety of our guests, for sanitation purposes... what was going to be the new normal? We had to spend that last couple of months kind of really figuring out which restaurants to open up first. In what order would we be opening up the restaurants? Some being smaller than others and some being larger and not knowing if we were going to be able to get the outdoor dining space really made a lot of decisions for us.

Zan Steinberg, General Manager of TAG Burger Bar: We closed in March along with everybody else. It was just 24 hours and we’re closed. Then the progression went to seven weeks before we were allowed to come in here and begin to open. We opened for the first five weeks with just to-go business. The community started to support us but everybody was nervous about coming out. Now we’re about four weeks into dine-in service. Obviously, we’ve expanded the patio, the yard, the lot, anywhere we can seat people. People are beginning to come out but are still very, very nervous about coming out and we hear that every day. We also have guests come in every day and they’re just so excited because they say this is the first time they’ve been out since this all began.

How much did you invest to reopen?

Haupt: When everything closed down, we lost hundreds of thousands of dollars just from product alone. We tried to give most of it away but a lot of it doesn’t last. We were given pretty much less than 24 hours to shut down and that didn’t give us enough time to really get rid of our product and you know that product can only last 3-4 days max. Financially, it’s kind of like having to refuel the gas tank by spending quite a few thousand. And thousands of dollars just to reorder the food to get staff trained and back in, along with the labor dollars we have to spend for all of the cleaning processes.

What would another stay-at-home order mean for the future of your business?

Haupt: Hearing hints they might shut everything back down again. I mean it would be financially devastating to us as a company. We have 623 employees and right now we are able to bring about 50% of them back. We’re hoping in the next month it will be up to 75% but if this happens again, that’s just one restaurant group and another 600 employees that don’t have work along with the money that will have to be spent to fire everything back up again, the money that will be lost in product that is expendable. So, we are really hoping that everybody just wears their masks, they’re safe. We want people to come out, we want people to dine in the restaurants, get out in the city, enjoy Denver because it’s so beautiful and it’s so nice right now. Just be smart and be safe. That’s all we ask and I don’t think that’s a hard ask.

Steinberg: I have to believe it would be devastating. Restaurants cannot survive at 25% or 30% occupancy. So, with this whole situation right now for summer and fall, we’re kind of like at 100% occupancy you could call it. Everyone is trying to rework but it’s going to be but no one knows the answer.

If we had to shut down again even for a short period of time, I think it would be devastating to small business loans to our general survival. We just want to keep following the rules and cross our fingers, knock on wood, and move forward.

Would a second stay-at-home order now hurt more, financially and emotionally, than the first?

Haupt: Shutting down a second time I think would really seal the deal for a lot of restaurants or other businesses if they’re going to come back or not. Before it was unchartered waters. If this happens a second time, a lot of us will not recover.

What would you like Coloradans to do in order to support your business?

Haupt: If we could just wear a mask and be safe, we would support the economy and everything would remain open. We believe in science and not politics or hoax. That’s how we’re going to operate our businesses to make sure everything is safe.

Steinberg: Keep it simple and stupid, just wear the mask. It's one form of precaution in the situation we're in right now.