Max Kaeser, 16, is a race car driver who’s keeping the wheels turning with virtual racing from his home in Keystone. 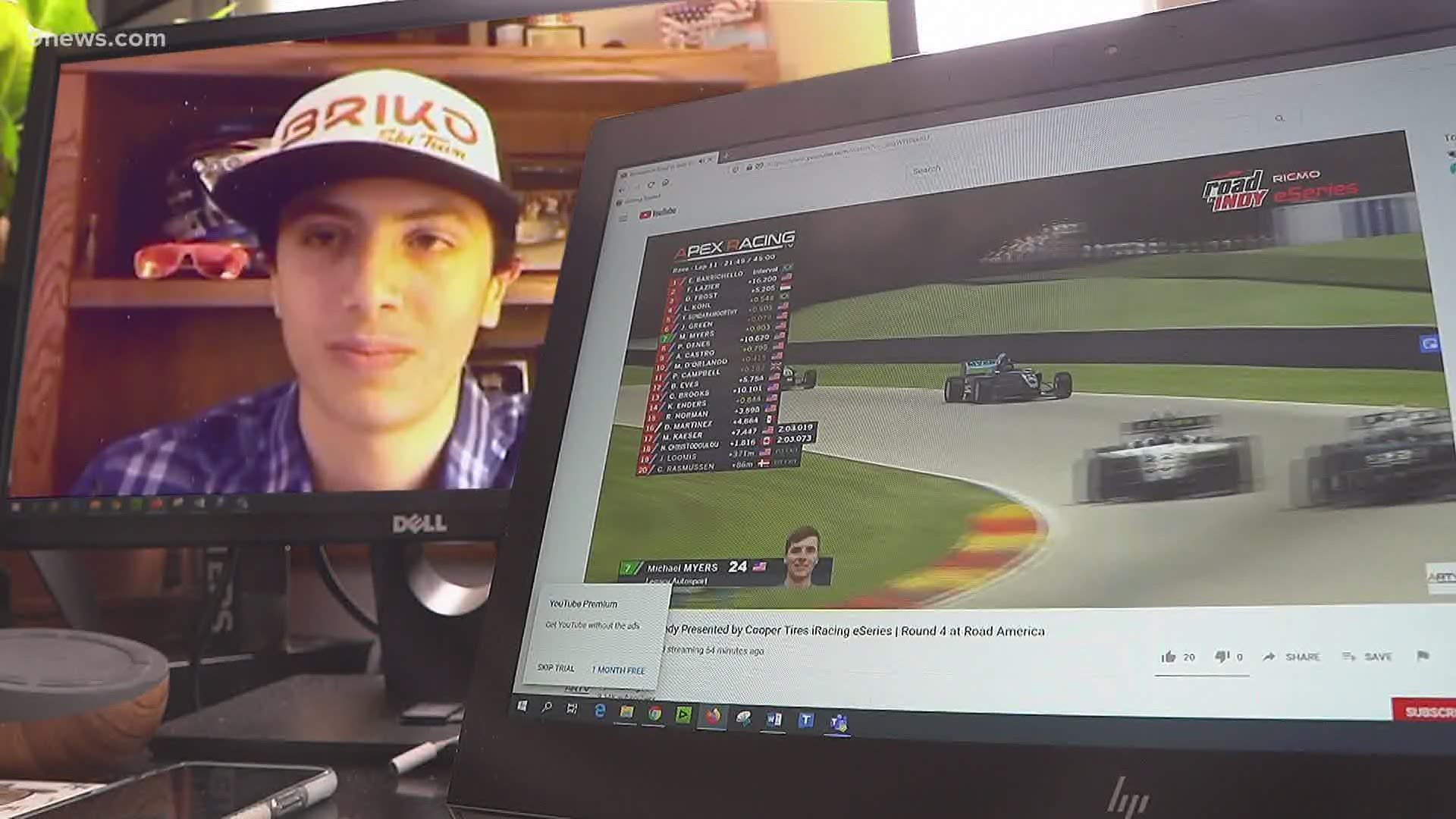 KEYSTONE, Colo. — Since he's 16, you would expect Max Kaeser to play a few video games, but you might not expect that those skills are helping him keep his job rolling as a race car driver.

Max is a rising star in the world of car racing. He speeds down tracks in a car that's similar to Indy cars, albeit with some modifications.

"The wings are smaller, the engine is smaller, but it goes 160 miles an hour," he said.

The pandemic put the brakes on sports but not racing ... at least not virtual racing. Kaeser and some of the best young racers on the planet have been taking the green flag with Road to Indy E-Series Racing online.

Racing takes place on tracks that are laid out just like the real ones. Race day weather and even crashes are simulated like they would be on a normal course.

RELATED: Conan O'Brien to return to air, with an iPhone from home

RELATED: Tips for working from home, from someone who works from home

“There’s temperature, there’s wind speed, there’s level of cloudiness,” Kaeser said. “When it’s cloudy you can feel how it effects the car and the track.”

Max's race simultator is in his bedroom.

It has a steering wheel, pedals and a VR headset that makes the race as real as possible. Drivers can feel when they hit things like other cars or drive off the road.

“It’s pretty shocking how realistic it’s gotten for what’s essentially a video game, Kaeser said. “Inside it has everything you could possibly feel.”

All of it gives drivers a chance to stay sharp and keep racing while stay-at-home orders are in place all over the country.

Kaeser already has four Road to Indy races under his belt, with one more coming on Saturday.

The races are on YouTube under the Ricmotech Road to Indy E-Series.