Denver's health department determined that 57% of all positive COVID-19 cases on campus can be traced to the Residence Village Townhomes. 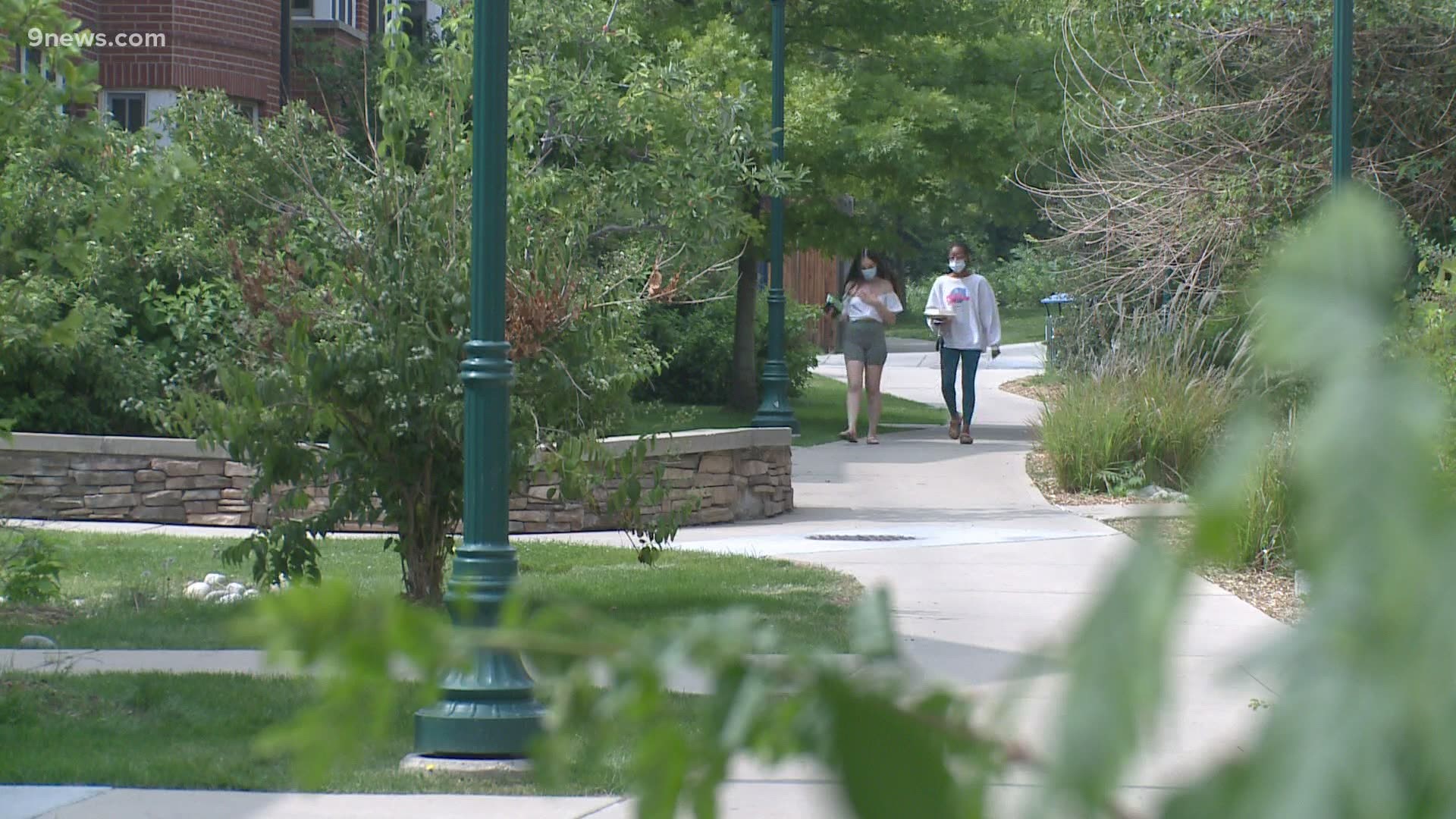 DENVER — Regis University is implementing an immediate two-week quarantine of 137 students who live in Residence Village, according to a letter from the school.

The moves comes after the Denver Department of Public Health and Environment (DDPHE) determined that 57% of all positive COVID-19 cases on campus can be traced to the Residence Village, and that classrooms are not a source of spread, the letter says.

"This action is being taken after the university experienced an uptick in cases, reaching 32 current cases as of Tuesday, in the days after the Labor Day holiday weekend," the letter read. "This mirrors an overall increase in cases in the state of Colorado during the same time. The current case rate on campus is presently 1%, which is low compared to most other campuses."

The quarantine will restrict students’ movement outside of the Residence Village, the letter says. A separate letter to affected students will detail expectations and the penalties if directives are not followed, the school said.

For this week only, Regis University said it pivoted most in-person classes to virtual environments, excluding those meeting outside or lab classes.

According to the letter, Regis also plans to begin campus-wide surveillance testing, starting with the students living in the Residence Village.

Those plans, according to the letter, call for surveillance testing to eventually include all residential students, student athletes and commuter students. Additional details on the testing will be released later this week.

Residence Village is comprised of four buildings. Each townhome contains three bedrooms, two bathrooms, a common area and a full kitchen. The units typically house between four and six students, according to the school.

> Read the letter in full by clicking or tapping here.

(1/2) Regis University is implementing a two-week quarantine of Residence Village, based on public health data showing nearly 60% of all cases can be traced to the village. pic.twitter.com/M3drEIT9cn