A report published by Reuters this week says the families of at least three JBS employees who died and at least one who survived, were denied their claims. 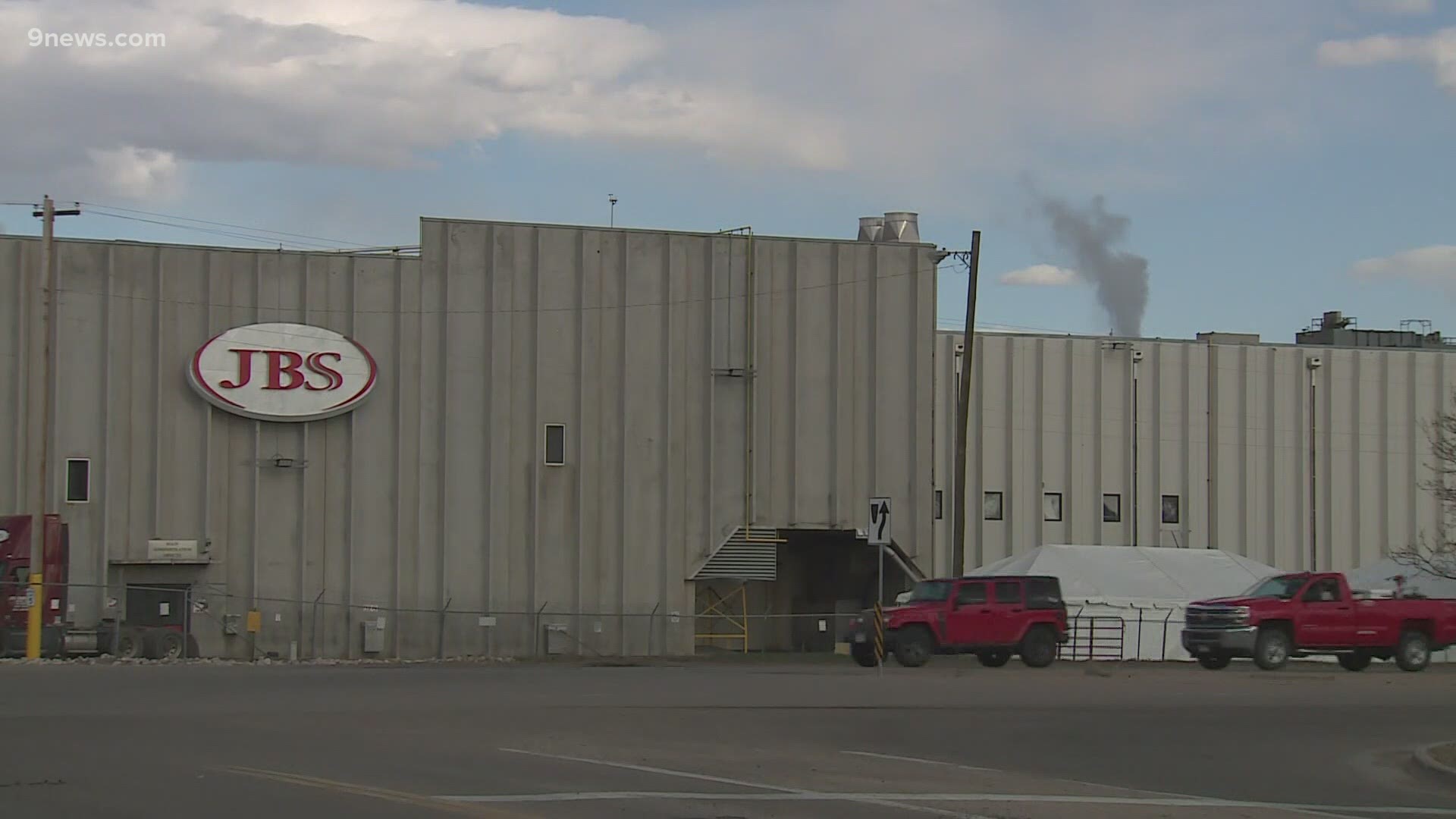 GREELEY, Colo. — JBS has denied worker compensation benefits for former employees who got sick or died from COVID-19, according to a report published by Reuters this week.

The report says the families of at least three Greeley JBS employees who died were all denied their claims. Employees who survived the virus but filed a claim to help with medical bills or lost wages were also denied.

Reuters reports JBS denied the claims by saying the workers' COVID-19 infections were not work-related.

Erica Alverson is an attorney representing one of the JBS employees who got sick. Her client is Alfredo Hernandez, a long-time custodian at the plant who Alverson said was exposed to COVID-19 at work back in March and was then hospitalized with the virus. Alverson said Hernandez still hasn’t returned to work, is using oxygen 24 hours a day, and concerned about his long-term prognosis.

“My client was hospitalized for an extended period of time and has been billed for medical bills associated with this hospitalization,” she said. “He has private health insurance, but has deductibles, out of pocket bills. That’s a hardship he and his family are enduring.”

As Hernandez focuses on his recovery, thousands of dollars in medical bills are piling up, his wife said.

"It was very scary. At one point they thought my husband was going to be put on a ventilator. One night they couldn’t break his fever so they had to put ice packs all over his body to try and get his fever to go down," said Rosario Hernandez. "They were all hard workers. They hardly ever missed work. They were dedicated employees. Now either they have passed or they’re sick."

In states like California, a new law passed since the pandemic began that presumes certain employees sick with COVID-19 caught the coronavirus at work, unless employers can prove otherwise. In Colorado, it’s the opposite. Employees must provide probable proof they caught the virus at work in order to be eligible for workers comp.

"I believe he contracted the virus while at work," said Rosario Hernandez. "He was an essential worker and went to work every day and did his job. They failed to protect him."

When asked for comment about the claims on Tuesday, a spokesperson for JBS offered this statement by email:

“The denials were issued by our third-party claims administrator consistent with the Colorado Workers’ Compensation Act.”

Alverson said she and her client plan to keep fighting. She said they are planning for an administrative hearing before a judge – a trial – in January. She said the burden of proof for these types of cases falls on the employees.

“These are essential employees, I want to be clear about this," she said. "These are people who went to work during a pandemic to make sure our meat supply, that our groceries were available to us as we were going to the store in the beginning of this thing, to making sure we had meat. These are the people that did that. And the company is denying the cases for all the employees and putting the burden of proof on them.”

Early on in the pandemic, JBS struggled with one of the largest outbreaks in the state. The company reports six confirmed employee deaths at the plant and one corporate employee death. According to the most recent state data, JBS had 306 confirmed positive cases.

JBS said it has invested $16.1 million in bonuses and wage increase for Greeley team members, plus free preventative care and COVID-19 testing. The company said it conducts random, routine surveillance testing of asymptomatic team members “which has resulted in zero positives to date.”

JBS said it also provided one year's salary to the families of employees who died from COVID-19.

Earlier in September, OSHA announced a fine against JBS for "failing to provide a workplace free from recognized hazards that can cause death or serious harm."

Tuesday, JBS spokeswoman Nikki Richardson said the citation is "entirely without merit." In an email she wrote:

“It attempts to impose a standard that did not exist in March as we fought the pandemic with no guidance. When OSHA finally provided guidance in late April, one month after the beginning of the citation time period, our previously implemented preventive measures largely exceeded any of their recommendations. Every proposed abatement in the citation was implemented months ago in Greeley. These abatements would have been informative in February. Today, they don’t even meet our internal standards.

Contrary to the allegations in the OSHA citation, the Greeley facility is in full compliance with all recommended guidance and hazard abatements. The facility has been audited and reviewed by multiple health professionals and government experts, including the CDC, local and state health departments, third-party epidemiologists, and the Department of Labor, National Institute for Occupational Safety and Health, who twice visited the plant during the citation period, and issued favorable reports on April 20 and May 8.”

UFCW Local 7 is the union that represents JBS workers, and offered this statement by email Tuesday:

“UFCW Local 7 is disgusted, but not surprised, to hear that JBS has denied workers’ compensation to the families of our members who were infected with COVID-19 at the plant, six of whom died. The basis of JBS’ claim that the employee’s COVID-19 infections were not work-related is a downright lie. Even the paper-tiger OSHA fined JBS a grossly insulting $15,000 for insufficient protection of its workers during the pandemic.

Every worker who died or got seriously infected contracted the disease working at the plant during the same time frame in March 2020. It was during this same time frame that Weld County reported hundreds of COVID-19 infected JBS workers flooding local hospitals, all of whom complained, officially, about a dangerous ‘work while sick’ culture at the JBS plant.

We are hopeful that the families of our members get what they deserve as these cases go through Colorado's workers’ compensation system. Although these funds can never bring back their dead relatives, they can at least pay off medical bills and burial costs.”