RTD leadership said ridership has dropped 70% in the weeks since the outbreak reached Colorado. 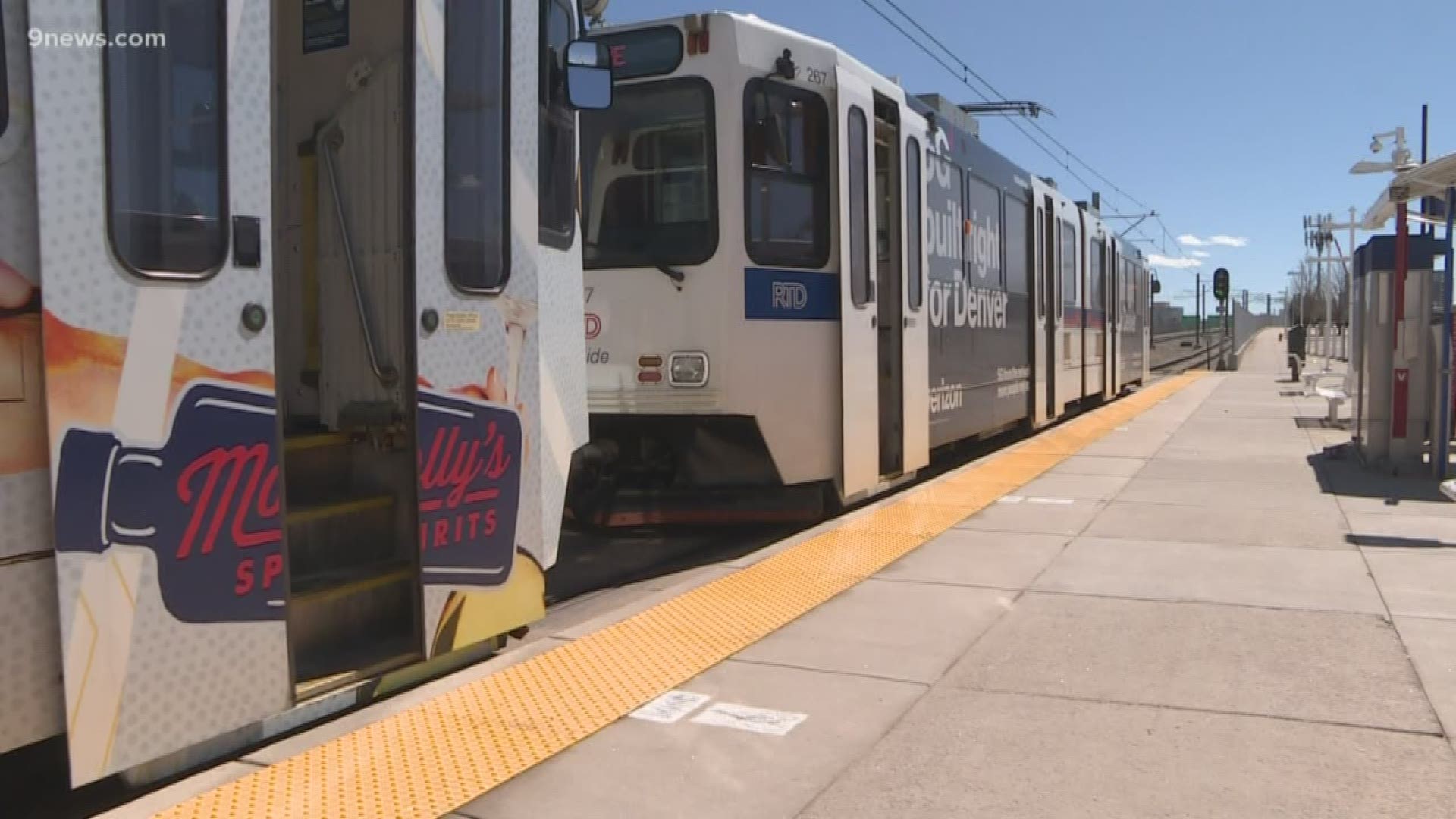 The changes will last until Sept. 20, RTD’s next service change.

In the proposal sent to board members this week, the agency reported a 70% decrease in ridership in the last few weeks due to COVID-19. 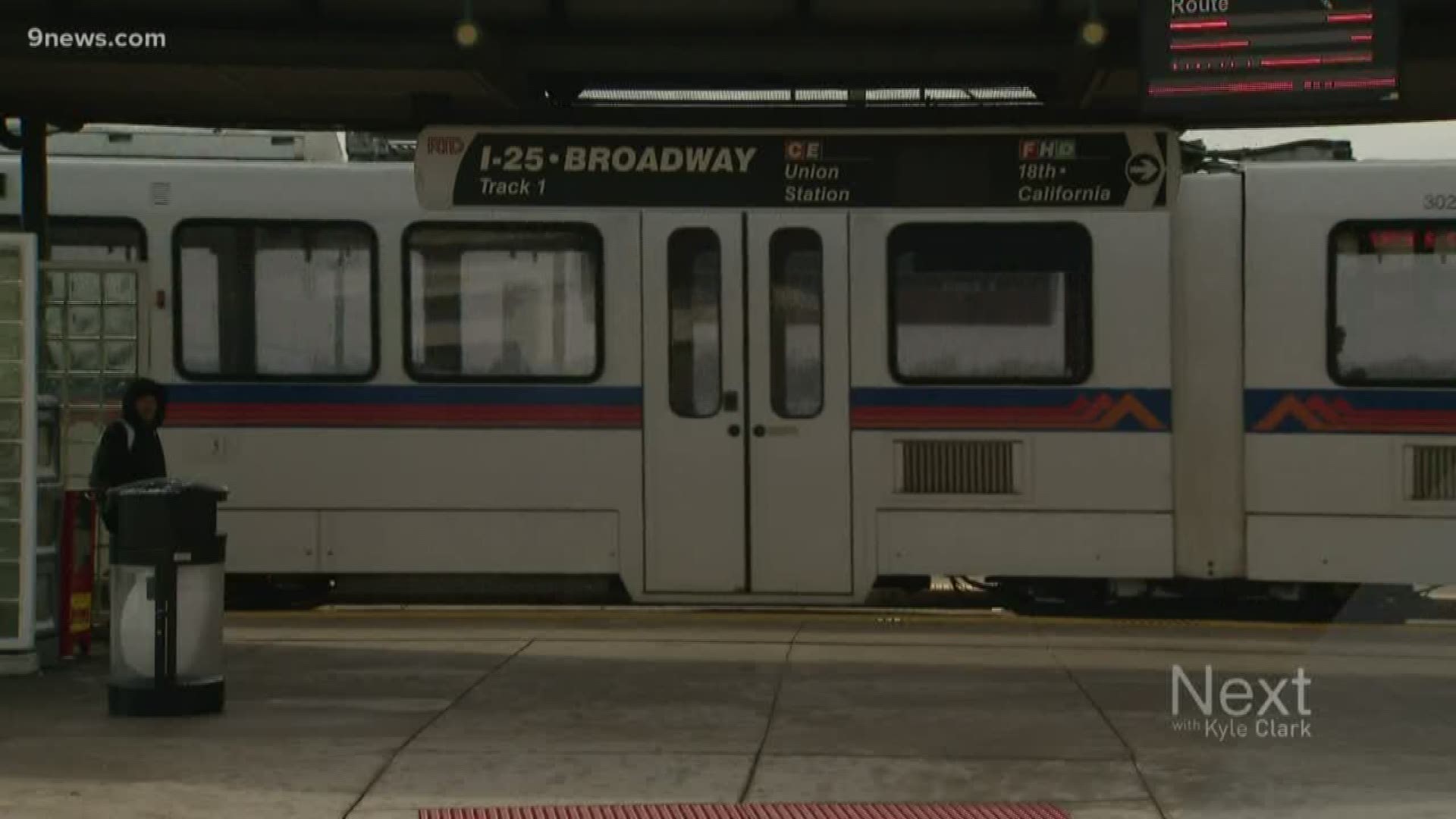 According to RTD Interim General Manager and CEO Paul Ballard, this decrease in riders is unrivaled.

“[The plan] allows us to continue to serve those who rely on us, including health care and food service workers and others who are critical to fighting this crisis, while also giving us flexibility to restore service as ridership returns,” Ballard said.

Under the temporary proposal, RTD will halt service on the C Line from Littleton to Union Station and F Line from Ridgegate Parkway to downtown Denver.

> The full proposal of service cuts can be viewed here.

“That means about a 40% reduction from what our current service levels are,” RTD spokeswoman Pauletta Tonilas told 9NEWS Tuesday.

The University of Colorado A, B and G Lines will not be affected by the proposal, as the commuter rail lines are privately operated by Denver Transit Partners.

“We expected it, but really didn’t know it was coming in until it was sent to us yesterday afternoon,” board director Natalie Menten said.

Menten said there is an opportunity in this crisis. RTD is currently undergoing a revamp, known as "Reimagine RTD."

"It opens up the door to really look at what is actually being used and how do we make that hard decision between giving as much regional coverage as we do or just hitting the well used higher ridership routes,” she said.

The board also passed a broader plan to slash service in an effort to reduce demand for a short supply of bus and light rail operators. Since late last year, the agency has been working on a plan to address the shortage which has led to the cancellation of trips daily.

The main service reduction proposal will eliminate 43 operator shifts, according to RTD staff.

The drastic COVID-19 cuts will reduce the need for 300 operators, according to Tonilas. As RTD is already short 100 operators, 200 will be shifted to a trade board, ready to fill in for bus drivers and train operators who call in sick, she said.

“It is our intent to maintain our workforce even with this temporary service reduction,” Tonilas said.

The reduction would likely mean an end to mandated overtime for some operators, which created a problem retaining operators within the agency.

I very well think that this is going to be reducing it so much that perhaps we’ll be taking down the help wanted ad,” Menten said.

Even so, RTD promised to retain as many employees as possible by keeping those who lost their routes on standby to cover for operators who may be sick and to assist in refresher training. The hope is that the retention will allow RTD to keep its workforce intact when the effects of the pandemic let up.

In the meantime, RTD said they plan to continually monitor the changes in rider levels, and reinstate service as necessary.