Jewish leaders were critical of County Council Chairwoman Rita Heard Days, a Democrat, for failing to intervene and “gavel out” those making Holocaust comparisons 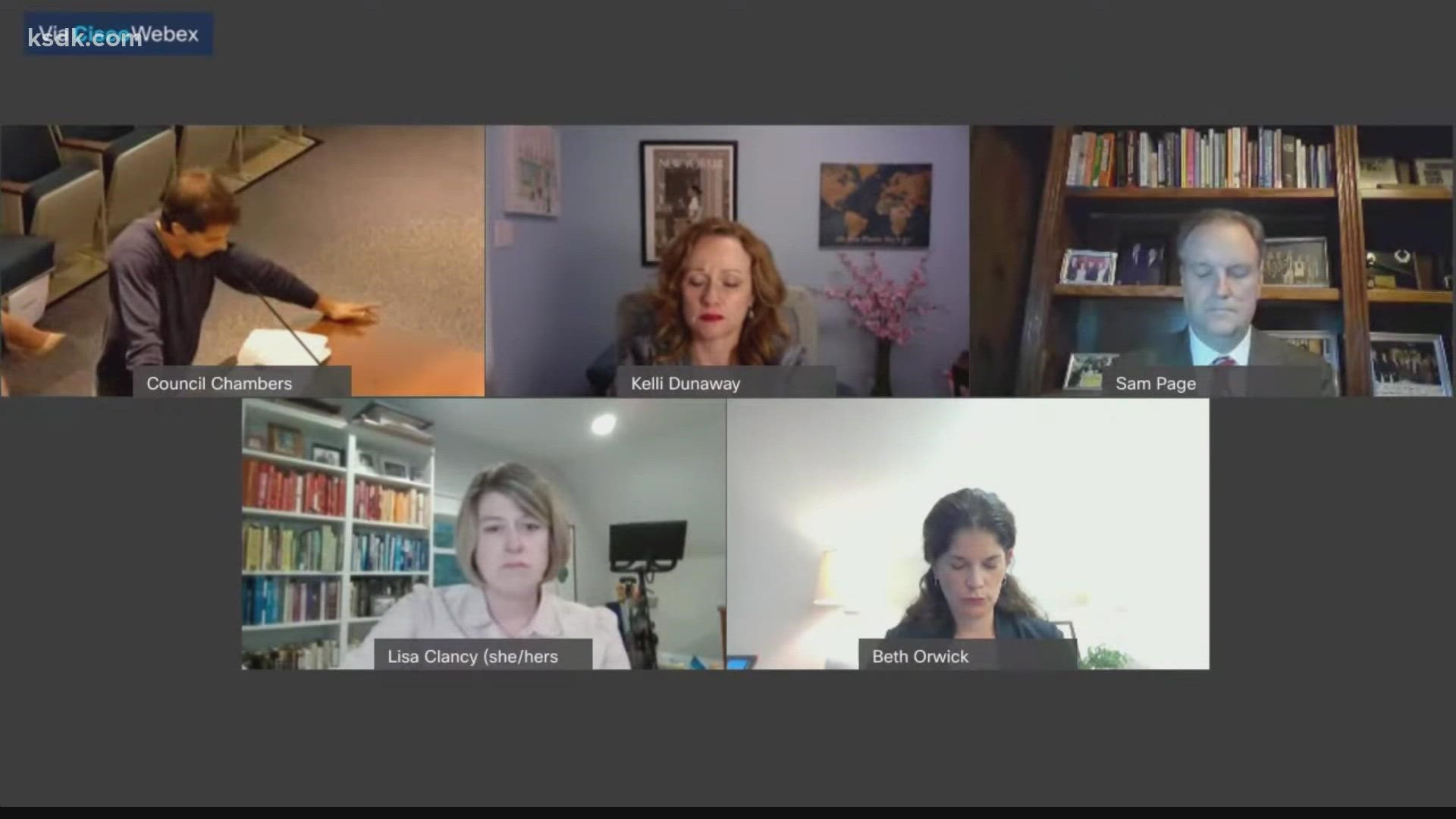 With the delta variant of COVID-19 surging in St. Louis County, Page sought to require masks in indoor public places. A judge earlier this month issued a temporary restraining order against the mandate after the County Council voted to overturn it.

The last two County Council meetings have drawn large crowds of people opposed to the mask requirement, including some who compared it to the Holocaust. Rabbi Susan Talve, speaking at a news conference, called the comparison “overt antisemitism.”

"Today, I’m afraid for my Jewish family," said Talve. "The overt anti-Semitism displayed at our most recent county council meeting makes me afraid for my congregation and our Jewish community across our region and our state."

"There is rhetoric that is minimizing the atrocities against the Jewish community to make a political point," said Picker Niess.

Talve and other Jewish leaders were critical of County Council Chairwoman Rita Heard Days, a Democrat, for failing to intervene and “gavel out” those making the Holocaust comparison.

Progress Women Executive Director Stacy Newman said, "We insist that the St. Louis County Council, along with chair Rita Days, apologize to the Jewish community, and we demand that you all cut off and refuse to allow any further hate speech in public commentary at future meetings."

"Those badges were meant to denigrate and demean people – to strip them of their individuality and reduce them to just numbers members of a type marked for slaughter," he said. "This one is a political prisoner; this one is a homosexual; this one is a Jew. They are symbols of dehumanization, reminders of some of the worst parts of human history, and they are not to be used in a game of political dress-up."

Helen Turner, director of education and interpretation at the soon-to-be-open St. Louis Kaplan Feldman Holocaust Museum, said, "Well I think some people are getting into Holocaust analogies. The Holocaust has a complicated, very difficult history. We must be so careful when talking about this history, making any kind of analogy about today. We need to approach it with respect and understand the complexity of what we’re talking about. Which is why Holocaust education is so important."

Days, in a statement, said racial and religious epithets and “cheap comparisons to the Holocaust” are unacceptable. She did not respond to the concerns that she failed to stop such comparisons at recent meetings but said she will “swiftly use my gavel and admonish” antisemitic comments.