A high school student in the Seattle area runs the world's most complete data tracker for COVID-19. How did he learn to do that? 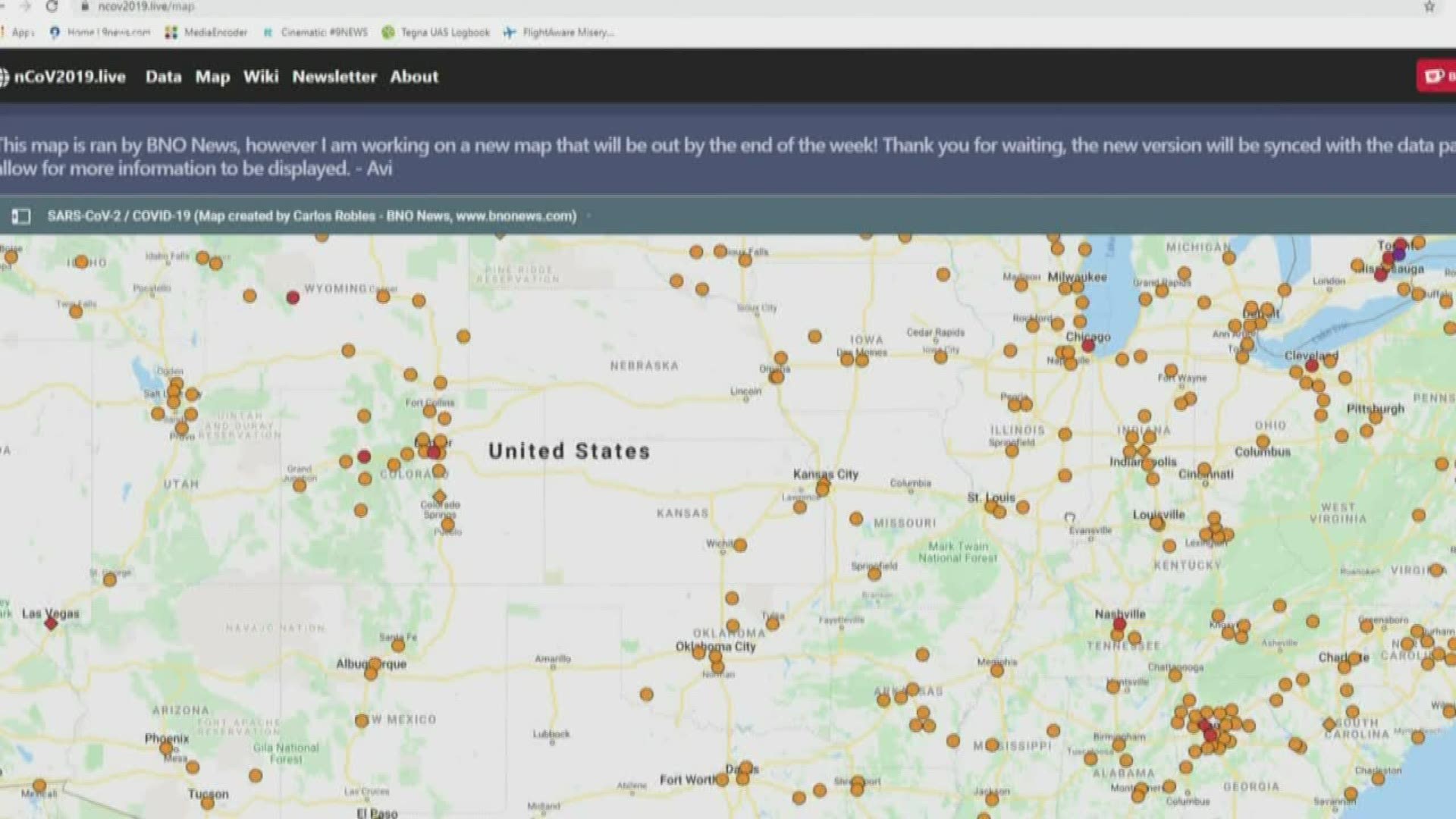 MERCER ISLAND, Wash. — His name is Avi Schiffman, and he's in high school. I know that for sure because when I skyped with him recently, I woke him up.

From his house in the Seattle area, he operates a website to track coronavirus on every continent, in most countries, areas and even cities.

You can zoom into hot spots on a map, and check out real-time data for places like Denver. When you click on it, a window pops up with the latest Denver numbers. Avi taps into health information from governments and local health departments and puts that data all in one place.

So how did Avi learn how to do this? He's been building websites since he was in 2nd grade and learned to code and program by watching YouTube. When he couldn't figure something out, he'd google it.

Avi had no idea when this started that his website would be so popular, or that coronavirus would spread so much that it would become a pandemic.

He said he got the idea for the site when he read about the virus in China in December when it was not really on the radar here in the U.S. As the number of cases grew, so did his website.

Avi is glad he can provide the service to people around the world, partly because of the historic nature of this event. He said his generation has never seen a world event like this.

The closest was probably the September 11 terrorist attacks, but Avi and his friends were not born or were too young to remember the event.

He plans to update his website and add features as things advance and hopes to also begin tracking the development of vaccines, something he thinks will bring a lot of interest.