It's one of the stranger symptoms of COVID, and for some, the longest lasting. People reporting losing the sense of taste and smell, sometimes for weeks or longer. 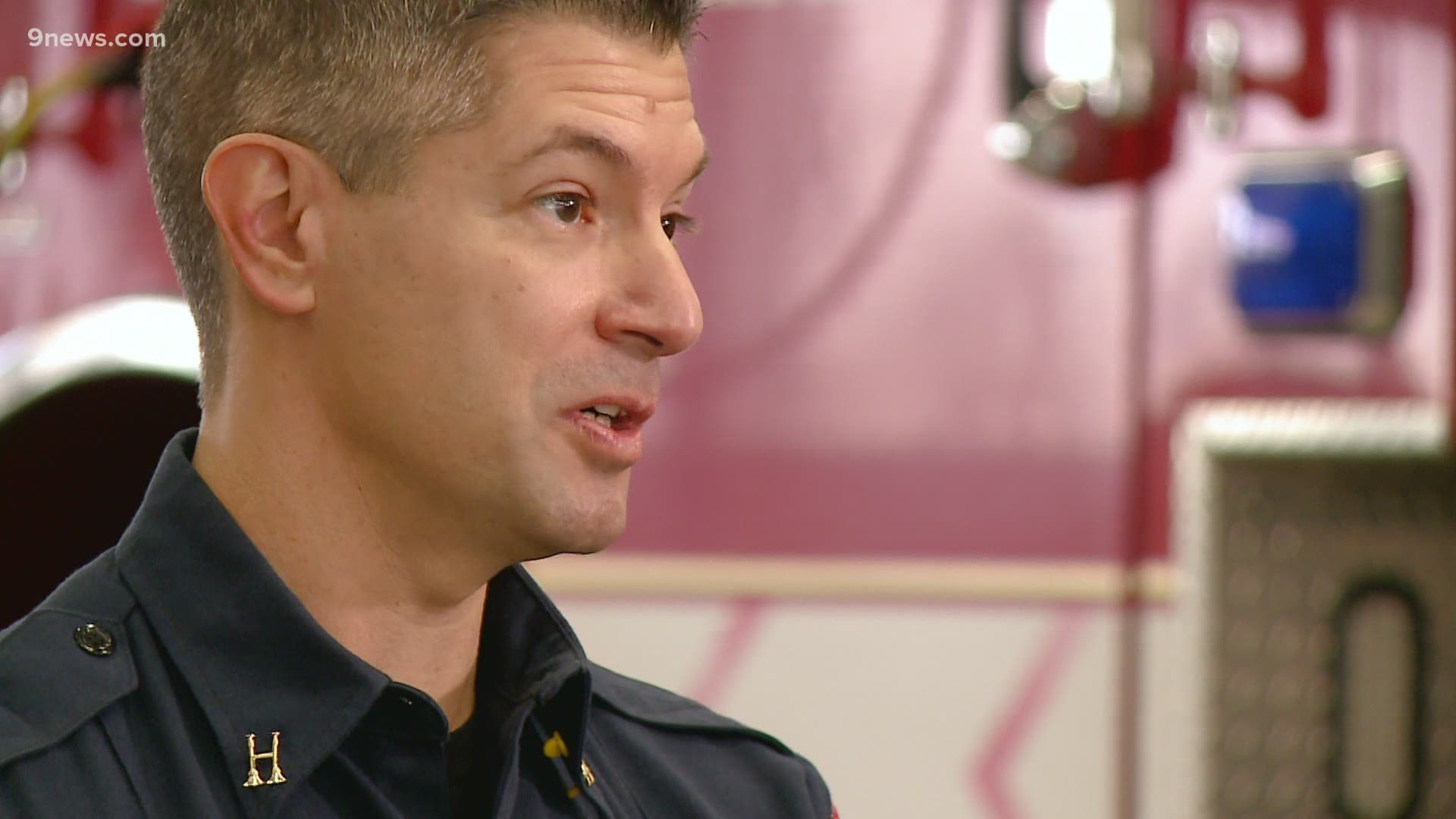 Frank Rotello had just returned from a camping trip in July when he noticed his first symptoms.

The fluey feeling, fatigue, joint and body aches sent him to his doctor, where he soon learned he had COVID-19.

But there was another symptom that lasted much longer than the rest.

“I couldn’t smell anything,” he said. “It was weird, like you’re in a bubble and there are no fun senses for food, no satiation involved. It was very difficult.”

Rotello had no sense of taste or smell for two months. The symptoms affected more than just his eating habits, it crept into his work life, too.

Rotello is firefighter for the Adams County Fire Protection District, where he works as a truck captain for Station 14. During those two months, he said he couldn’t smell smoke or gas, and would rely on his colleagues to help him with fire investigations.

He hopes his story serves as a reminder to homeowners to keep their smoke and carbon monoxide detectors up to date. The pandemic is just one more reason to stay vigilant about fire safety.

“That could be dangerous because if you don’t have your sense of smell and there’s smoke or fire in your home – it can be very, very dangerous,” he said.

In addition to his job at the fire department, Rotello also works as a sommelier – the wine steward and expert – at a local winery. He relies on his nose and taste buds for that job, too.

Credit: KUSA
In addition to being a firefighter, Rotello is also a sommelier at a local winery.

Today, nearly seven months later, those senses have partially returned but not 100% to their previous strength.

“It’s like I had to retrain my sense of smell, retrain those pathways. Nothing is automatic anymore. It just takes a little bit to understand that,” he said.

9Health Expert Dr. Payal Kohli said we don’t know how many people with COVID-19 lose taste and smell, but estimates are anywhere from 10-50%.

“There are H2 receptors on the cells that help us smell and that’s the receptor that COVID uses to get inside the cell. So there might be direct toxicity to those smelling neurons that we have, so to speak ... And one of the mechanisms COVID may be causing more than short term – potentially several months or longer -- loss of smell comes from the fact that it could be causing toxicity to those neurons in your nose,” she said.

Kohli said the duration of this symptom – weeks, or sometimes months – is also interesting to scientists studying COVID-19.

“So it really begs the question of, is this some sort of semi-permanent or permanent potential effect of this virus that could be lingering?”

Kohli hopes the risk of this symptom – losing taste and smell and the joys associated with it -- will convince young, otherwise healthy people to consider the potential consequences of a COVID-19 diagnosis.

“This is really a wake-up call for young people,” she said. “I can’t tell you how many young patients I’ve seen in my office who didn’t get all that sick from the virus because they’re young and healthy, and they didn’t take it seriously enough. And now they’re left really battling this tremendous loss.”

Although the experience has been frustrating for Rotello, he doesn’t complain.

“Being in my line of work, we see so [many]  bad things, death and destruction,” the fire captain said. “For as bad as COVID is for a lot of people, I’m still healthy.

In losing these senses, Rotello said he gained some perspective.

“If I have to fight through this to get back to normal, and that's all that happened to me, I consider myself lucky.”