In the 2A phase of the distribution plan, people living in congregate housing situations, such as prisoners and students in dorms, would be eligible for the vaccine. 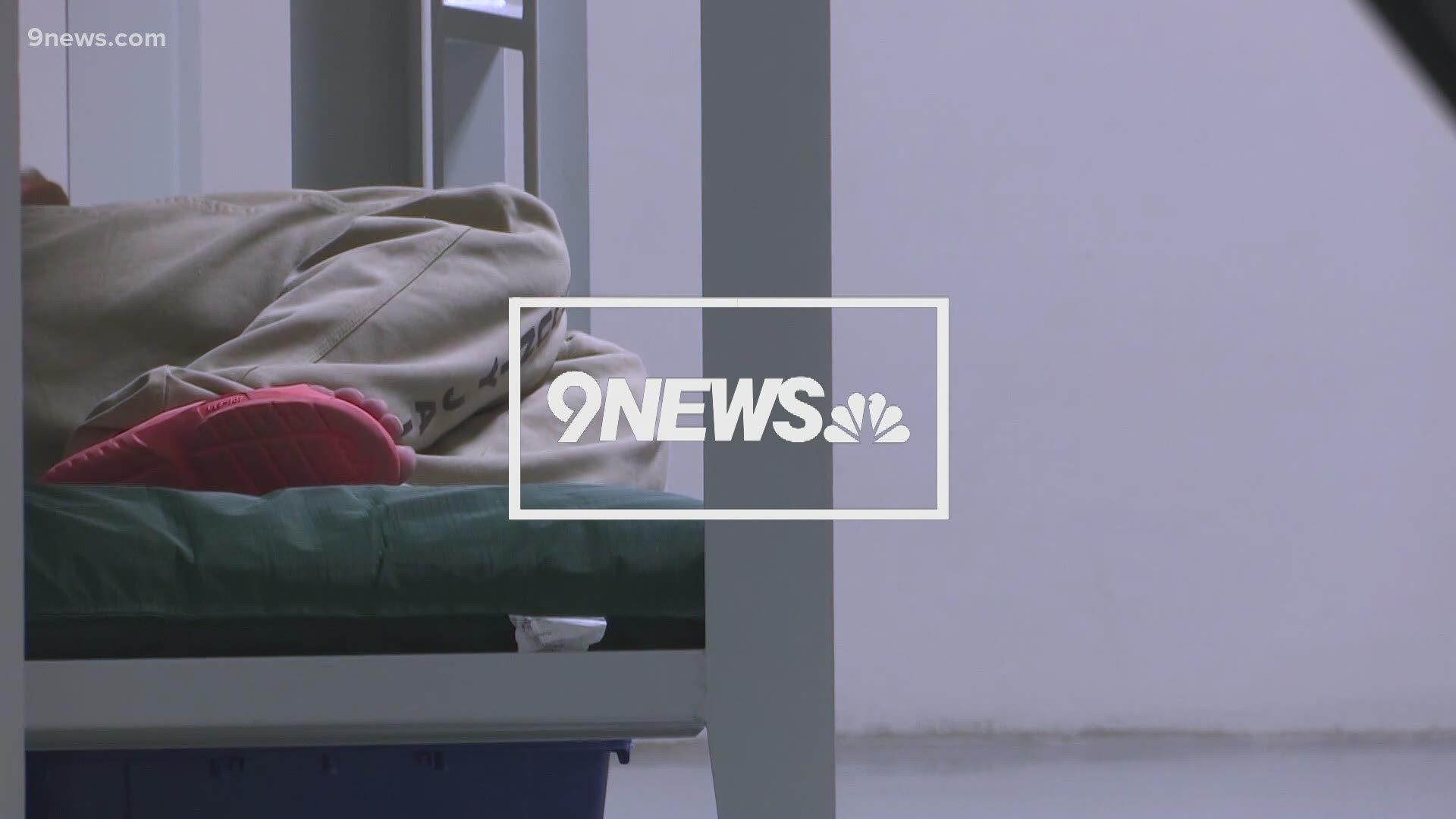 DENVER — Under a draft plan released previously by the Colorado Dept. of Public Health and Environment (CDPHE), prisoners would get a COVID-19 vaccine before some high-risk populations.

As it stands now, the first people to get the vaccine would be Colorado's health care workers, first responders and older adults in nursing homes and assisted-living facilities.

After, in the 2A phase of the distribution plan, people living in congregate housing situations, such as prisoners, people experiencing homelessness and students in school dorms, would be eligible to get the coronavirus vaccine. People who are 65 and older would be eligible in 2B.

Multiple COVID-19 outbreaks have been tied to prisons in Colorado and other parts of the country. In November, for example, at least 911 inmates at the El Paso County Jail tested positive for the virus. Another 73 staff members tested positive, as well.

A total of 4,550 offenders have tested positive since the start of the pandemic, and 1,558 of those are active cases. Some facilities are dealing with hundreds of infections at once. The Colorado Dept. of Corrections (DOC) said 11 offenders have died with the virus, including four just in the last two days as cases skyrocket.

RELATED: 'I'm hoping that I hit the lottery': Moderna vaccine participant weighs in on trial experience

The distribution plan for prisoners has been met with some criticism. Republican George Braucher, the district attorney for the 18th Judicial District, argues older people who do not live in assisted living homes should be considered eligible for vaccination before prison populations.

"Governor Polis and his Colorado Department of Public Health and Environment have declared that they intend to prioritize the health of incarcerated murderers, rapists, and child molesters over the lives of law-abiding Coloradans 65 years and older and immunocompromised adults," Brauchler wrote in an op-ed for The Denver Post this weekend. "As the son of a 78-year-old father, I ask this: What in the hell is Gov. Polis doing?"

Democratic Gov. Polis, however, has expressed opinions that reflect Brauchler's.

In a statement from Polis' spokesperson later in the day, the governor hinted the state may tweak the current plan: "The Governor believes that no human being, including those in custody, should be denied the vaccine. So too, no prisoner should be placed ahead of others just because they are a prisoner."

what does this mean?

as of now, @CDPHE plan puts prisoners in phase 2A

and people 65 and older in phase 2B

Does this mean Governor will try to walk this back? Perhaps.

Expecting more guidance on this next week. pic.twitter.com/oMz6x1zCHk

There are others who feel prisoners have already been mistreated during the pandemic. Jamie Amaral, a former prison guard at Sterling Correctional Facility, quit her job for that reason, as well as what she described as a lack of communication and an unsafe environment.

"I don't think anybody in there truly knows what to do and it's not their area of expertise, you know -- they're not doctors," she said.

According to Amaral, some inmates at Sterling did not want to work for fear of getting sick, and if they refuse, they are sent to "the hole," or solitary confinement.

DOC denies all of her allegations and said the department has brought in what it calls "external emergency response medical professionals."

But for Amaral, who said she held one inmate's hand as he died, inmates need advocates with prisons being ripe for the spread of COVID-19.

"They don't have a voice we have to speak for them," she said.

Last month, the American Civil Liberties Union (ACLU) reached an official settlement with the DOC regarding the treatment of prisoners during the pandemic. It requires all staff to wear masks and provides masks and soap to people who are incarcerated. The agreement also outlines more robust cleaning protocols, free medical visits for symptomatic inmates and allows the ACLU to participate in ongoing audits.

Some of those arrangements were already in place.