An investigation by NBC News revealed the test was not approved by the Chinese equivalent of the Food and Drug Administration before it was distributed in America. 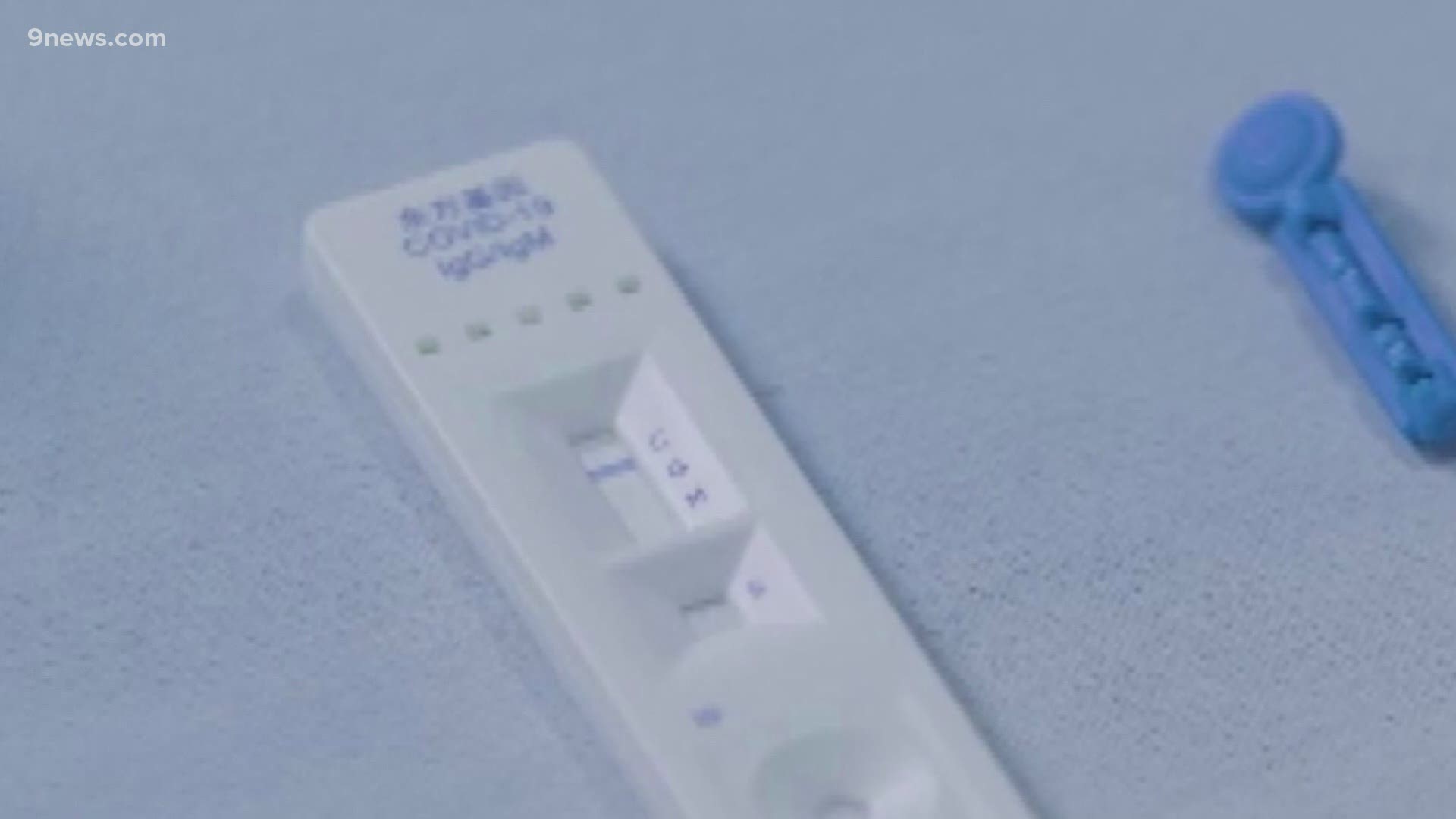 DENVER — It was supposed to be a game-changer for thousands of first responders in Colorado. Now some of those first responders are wondering if the test they need to get back to work is as good as advertised.

At issue is a much talked about antibody test distributed by Colorado-based Aytu Biosciences.

NBC News reports Aytu bought the tests from a Chinese manufacturer, even though a regulatory authority in China never approved those tests.

The investigation revealed the tests shipped to the United States from China weren't approved for use by the Chinese equivalent of the United States Food and Drug Administration (FDA). The FDA relaxed guidelines in mid-March, allowing more tests like these to be used here, even though it is not FDA-approved.

The tests give results in just minutes.

That's why the Denver Department of Public Safety picked up 2,750 rapid tests from Aytu Bioscience earlier this month. The Jefferson County Sheriff's office got 2,500 of them as well.

Aytu Bioscience is based in Englewood. 9NEWS spoke with CEO Josh Disbrow last month, just after the company secured exclusive distribution rights to sell the Chinese-made test in the US.

"It's a very simple test that can be performed at the point of care, so in a doctor's office. Small drop of blood is dropped onto a disposable device. It senses the COVID-19 antibody," Disbrow said in March. "We have received significant attention all over the world."

The City and County of Denver has already used 400 of its 2,750 test kits and says it will continue to use them.

Denver Police Chief Paul Pazen says he believes the tests are accurate, but doesn't rely on them solely. If one of his officers gets a presumptive positive, the person is referred to Denver Health for further testing.

"It's critical that we have this information, one to keep our workforce safe but also keep our community safe," said Pazen. "In this time, we are trying to collect as much information as possible and this is just one tool in a toolbox to help us."

Bob McDonald with the Denver Department of Public Health and Environment says testing like this is needed to reopen the state.

"It’ll tell us that a person has been exposed and has developed antibodies to the virus," said McDonald. "The more information that we have and the more types of testing that we have, we can make more targeted decisions and have a better understanding about how widespread the virus might be in our community."

9NEWS reached out to Aytu Bioscience on Friday and did not hear back. The company put out a press release Friday saying it is working to be able to distribute another rapid antibody test made in China. It says this new test has already been approved for export.