As vaccine eligibility expands, some elderly still struggling to get appointments

Some families say they spend hours registering their elderly relatives for various lists, with no luck. 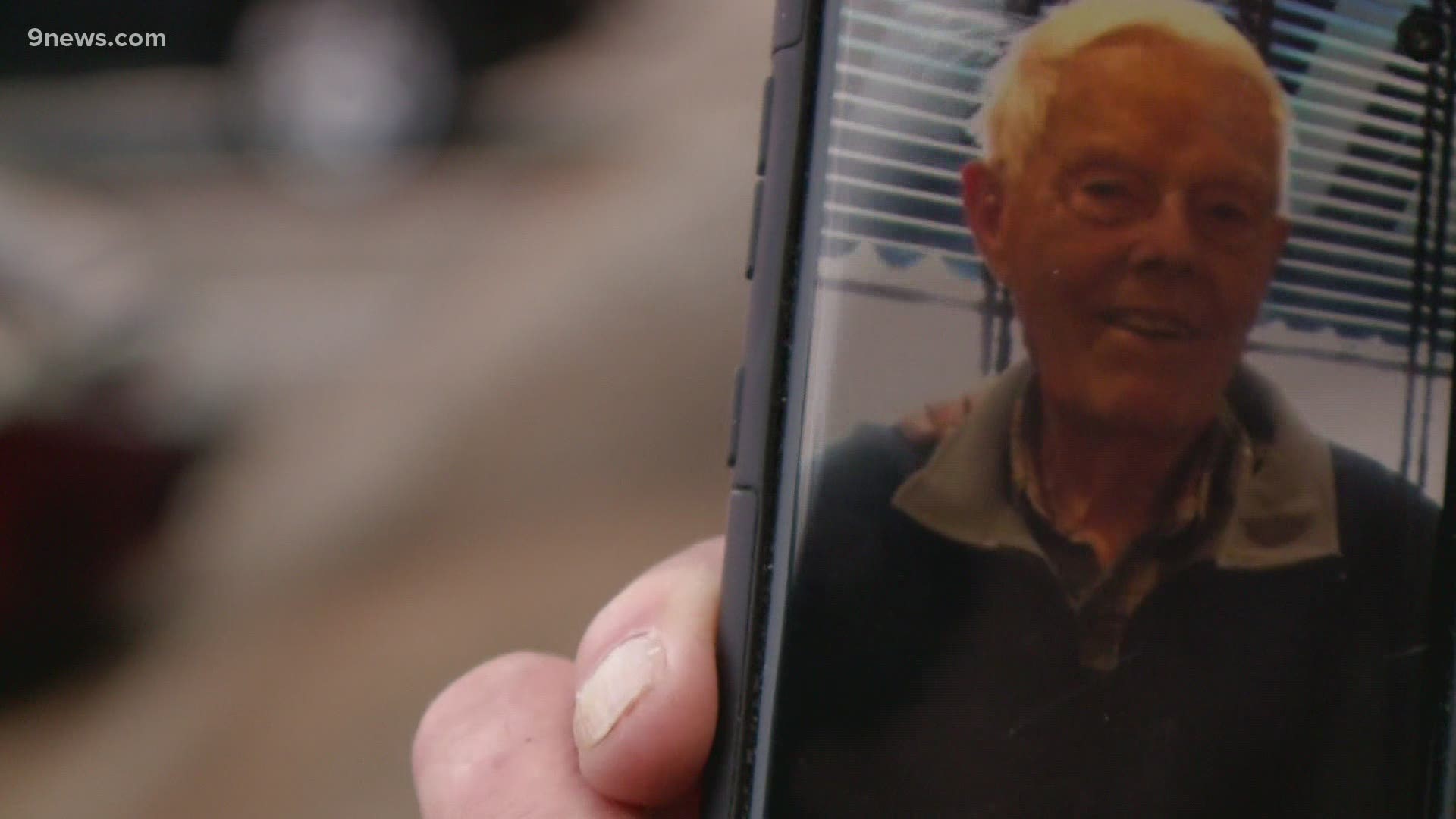 DENVER — State leaders say Colorado is on pace to vaccinate 70% of Colorado's 70 and older population by the end of February.

Eligibility has now opened to a bigger group. Yet some in the oldest, highest-risk group still can't get a first appointment.

David Small, 68, says he’s been trying to get an appointment for his 101-year old father for weeks. Small is his father’s caretaker, and says he’s tried to find open slots at doctors offices, hospitals, and grocery stores – with no luck.

“Nobody gets back to you,” Small said. “I’ve got my name in every place you could possibly think of. Nothing. Haven’t heard a word.”

Frustrated with Colorado and its leadership, Small settled on a different solution. His brother, who lives in Arizona, drove to Colorado to pick up their father and drive him back south to Phoenix.

“My brother called the day they arrived and said, ‘We need to get a COVID vaccine for my father, he’s 101.’ And they said "Fine, bring him in.' Simple as that,” Small said.

"This whole thing has been a nightmare for us."

Joan Harris is still searching for an appointment for her 89-year old mother, Marilyn.

“We got her signed up for all the websites,” Harris said, listing just a few of them. “UCHealth, Centura, Kaiser…”

They nearly succeeded, until an unexpected roadblock.

“She got an appointment, but she had a pneumonia shot just a few days before. When she got that shot they didn’t tell her you can’t have [two vaccines] that close together at that age. We were really sad when we lost that appointment, and have been trying ever since.”

The search for a vaccine has become a family mission, Harris said, with siblings, nieces and nephews all pitching in their time and effort.

Although she said her mother has a sharp mind and can still drive, navigating complicated websites and the potential of a long drive outside her immediate community are just not realistic options for someone that age. Harris said even her mother’s neighbors, who are often in their seventies and eligible at the same time, have better computer skills and fewer mobility issues.

Now, families have even more competition as the state opens up vaccine eligibility to a bigger group including people ages 65 and older, and educators.

“It’s really frustrating. They call it ‘randomized,’ that she’s 'randomized' with people from 70 and up, I guess 65 and up now,” Harris said. “I just wonder, and she wonders, why a software engineer can’t find a way to, like, make everyone who is 80 and up prioritized.”

When asked why the state opened up eligibility to more people this week, while many people 70+ are still waiting for vaccines, Governor Jared Polis offered this explanation on Tuesday:

“As you get towards the latter half of any group, you need to open up the next group so that you don’t create a bottleneck of demand. [Ages] 65-69, there are some starting to get mixed in this week in different parts of our state that have made more progress with 70+. There will be more 65-69 mixed in the week after that and the week after that,” he said.

“Without those [people], those doses would likely sit on shelves. It’s important that we rapid turnaround, rapid turnaround, every dose used within three days, that we have a sufficient demand. While there are some people 70 and up still waiting, they will get it in February, we wanted to make sure we didn’t create a bottleneck with kept vaccines on shelves, when there’s plenty of willing folks 65-69 ready to receive it.”

On Friday, Polis said 302,388 Coloradans aged 70+ had received at least one dose of vaccine. He said that number represents about three quarters of the state’s goal to vaccinate 70% of that population by the end of February. But Polis called 70% a “floor,” not an end goal.

Harris, who is a teacher, recently learned she got a vaccine appointment for herself through her district. That means she will get the shot before her mother.

“I wish somehow I could have her get it ahead of me. There’s not a way to do that, the district had it set it up for us.”

Instead of another two-day road trip, Small said his now-half vaccinated 101-year old father is planning a two-hour flight back to Colorado this weekend. He’s worried about that, too.

“You have a dilemma, stay in a hotel or flying for two hours. Where do you draw the line?” said Small, who has his own health conditions, too.

“My biggest fear is him getting it, giving to me. Or me getting it and giving it to him.”

Now, he’s searching for his own first vaccine appointment as well as a local place to get his father’s second dose.

“We’ll wait and see what happens. If nothing happens, we’ll go back to Arizona.”