CDC: COVID-19 vaccine still recommended for kids 12 and over, after study on rare heart disease

The CDC’s Advisory Committee on Immunization Practices (ACIP) said the benefits of the COVID-19 vaccine still outweigh the risks, for teens and young adults. 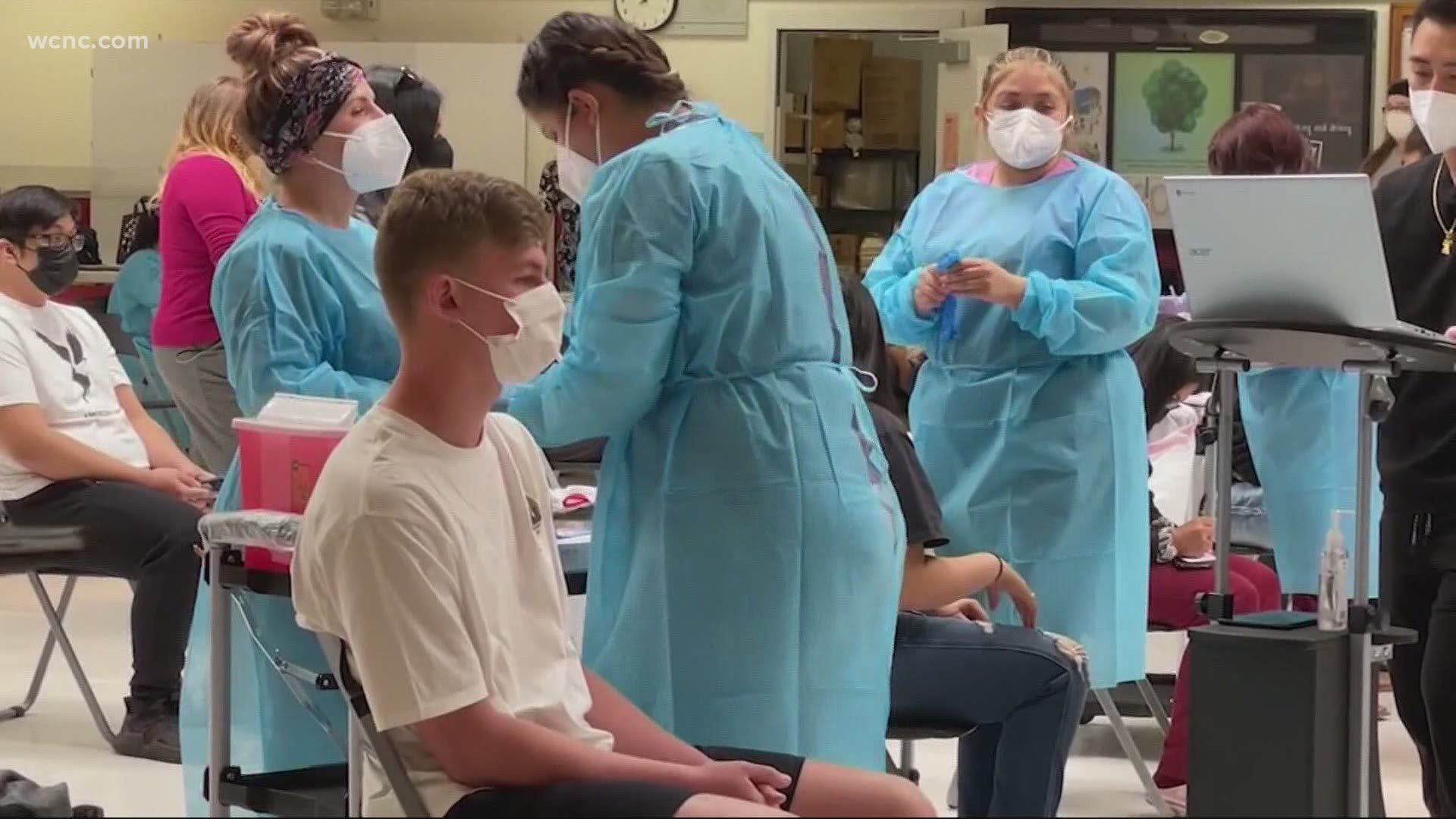 CHARLOTTE, N.C. — After reviewing the latest data Wednesday, the CDC’s Advisory Committee on Immunization Practices (ACIP) said the benefits of the COVID-19 vaccine still outweigh the risks, for teens and young adults.

The group met Wednesday, after an increase in reported cases of myocarditis, a disease that causes inflammation of the heart muscle.

Doctors say myocarditis was around long before COVID-19 – with many causes – including viral infections or bacteria. They say people infected with COVID-19 can also develop it.

Dr. David Ohmstede, a pediatric cardiologist at Novant Health, agrees. He hasn't seen any cases of it within the hospital system and says this shouldn't keep parents from getting their kids vaccinated.

"To put it in perspective, if you filled Bank of America Stadium with 75,000 12 to 17 year old boys, the whole stadium full of just the highest risk group, there would be 4 at risk for developing this," Ohmstede told WCNC Charlotte.

In data presented during the meeting, the CDC said as of June 11, 2021, there have been 133 million vaccine second dosses administered, with 636 reported cases of myocarditis.

They say the disease is most prevalent among males ages 16 to 24. They say symptoms begin just days after a second dose of Pfizer or Moderna, with the most common symptoms including chest pain and shortness of breath.

The general pattern in data, they say shows there are more reports after dose two than after the first dose.

Doctors Wednesday also stressed that a majority of myocarditis cases are mild, often treated with oxygen or medication.

As more of the community opens up and many try to return to normal, the protection the shots offer are key in stopping another surge.

"If we want to move forward and as we're seeing all of these variants develop this is a very important thing in my opinion," Ohmstede said.

When compared with COVID-19, doctors said for every fully vaccinated male between 12 and 17 years old, more than 5,700 COVID-19 cases will have been prevented, further preventing 215 hospitalizations, 71 ICU admissions, and two deaths. Of those estimated to have myocarditis, 59 to 69.

In some myocarditis cases, doctors said teens and young adults were asked to halt exercise or sports activities for three to six months, but say there is still much to learn about long-term effects.

RELATED: 'Not the spike that we saw in Ohio' | No major COVID-19 vaccine spike seen in Mecklenburg County despite lottery