State can test 40k people per day for COVID-19

The state is using just a fraction of its current testing capacity as we head into fall and winter months when demand is expected to increase. 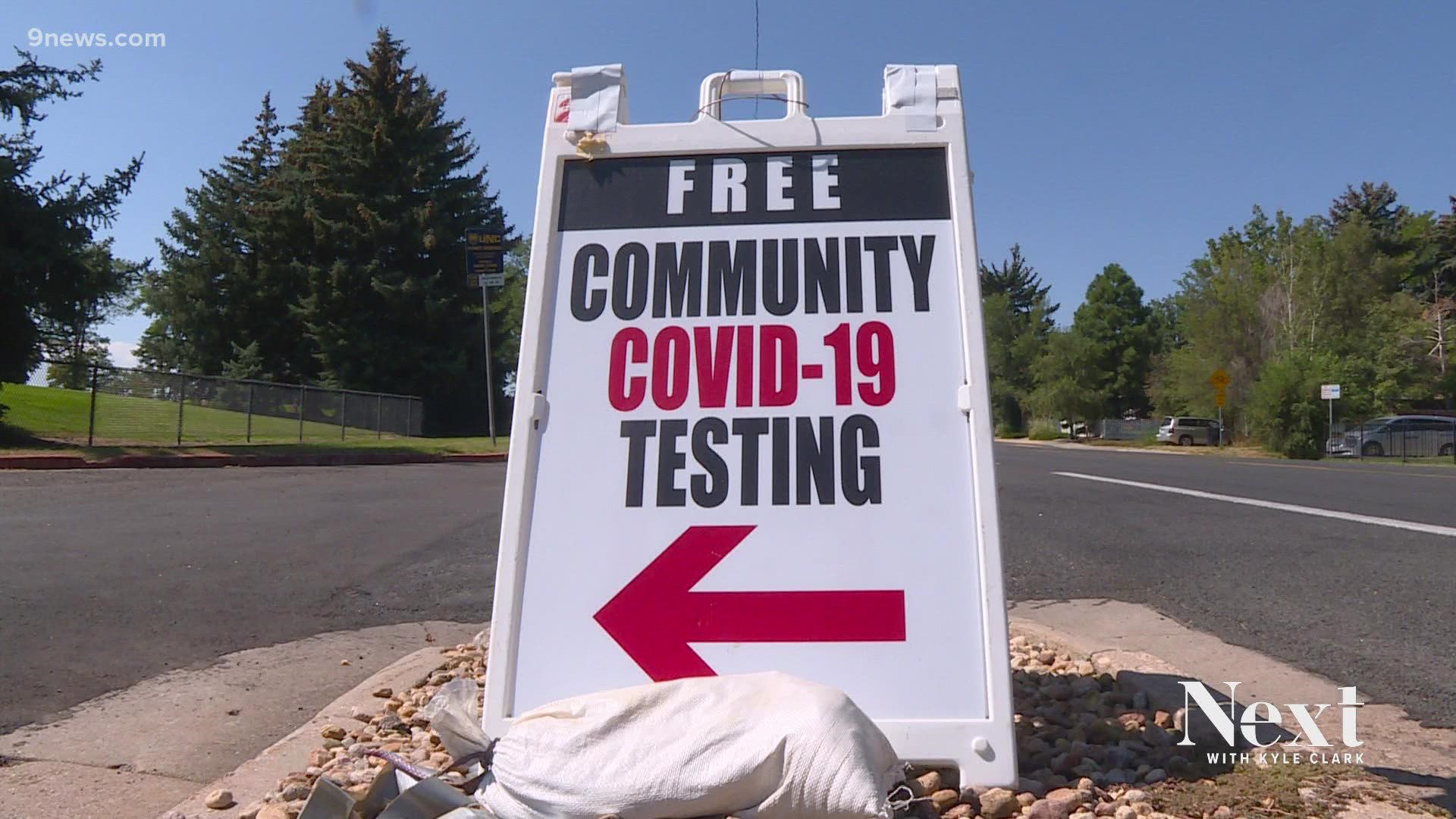 DENVER — Gov. Jared Polis (D-Colo.) on Tuesday urged anyone who suspects they might have COVID-19 to get tested so that they can isolate if positive to help slow the spread of the virus.

He was joined by Dr. Emily Travanty, scientific director for the Laboratory Services Division at the Colorado Department of Public Health and Environment (CDPHE), for an update on COVID-19 testing and vaccinations in the state.

Travanty said the state is prepared and ready to test nearly 40,000 people per day and only currently tests about 8,000.

"We're only using about 27% of the capacity that's available statewide," she said.

She said that is good news as we head into the fall and winter months when there's likely to be an increase in demand. Testing is available at community sites as well as pharmacies or through free rapid at-home testing kits that the state will ship directly to a person's home.

However, demand for those kits is exceeding capacity at the current moment. Since the program was announced last week, more than 70,000 tests have been shipped. The current wait time to get the test kits is 7-14 days, according to Polis.

"Currently the at-home testing is eight tests per order that is then designed to last two months if people test themselves once a week,' Polis said. "We're also looking to possibly break apart the eight into smaller units of four so that more people can get four tests instead of eight tests sooner."

CDPHE officials said on Thursday that COVID-19 cases and hospitalizations were plateauing and could either increase or decrease in the coming weeks and months.

>Watch his full update below

As of Tuesday, Polis said there were 1,897 new COVID-19 cases which continues to be at a plateau or slight decline. There are 866 people in the hospital due to COVID-19 and the majority of the patients have not been vaccinated, according to Polis.

State Epidemiologist Dr. Rachel Herlihy said that case numbers have been going up and down in the previous two weeks, and while there was a more clear downward trend in recent days, there could be another increase as people move inside for the fall and winter months.

When reviewing seven-day case rates among age groups, Herlihy said they were highest among children ages 6 to 11, who are not yet eligible for a COVID-19 vaccine, followed by the 12 to 18 age range. The 18+ population had the next lowest rate, and the lowest was the 0 to 5 age range.

Herlihy said pediatric case rates among school-age children (6 to 17) are showing a lot of variation between counties. Among the state's 10 largest counties, Weld, El Paso and Larimer have much higher rates of transmission compared with the other seven counties.

Travantly said that's something they're monitoring and said in the past month they've added testing capacity in Weld and El Paso counties to meet the increased demand in those areas.

Herlihy said those case rates correlate with the vaccination rates in those counties, as those with lower rates are seeing increased transmission among vaccine-eligible children.

Schools can also opt into a free testing program offered by the state. Right now, Polis said, that program has much more capacity than demand. Just over 400 schools have opted in.

"It can serve 10 times as many kids as it currently serves if people would opt into it,' said Polis. 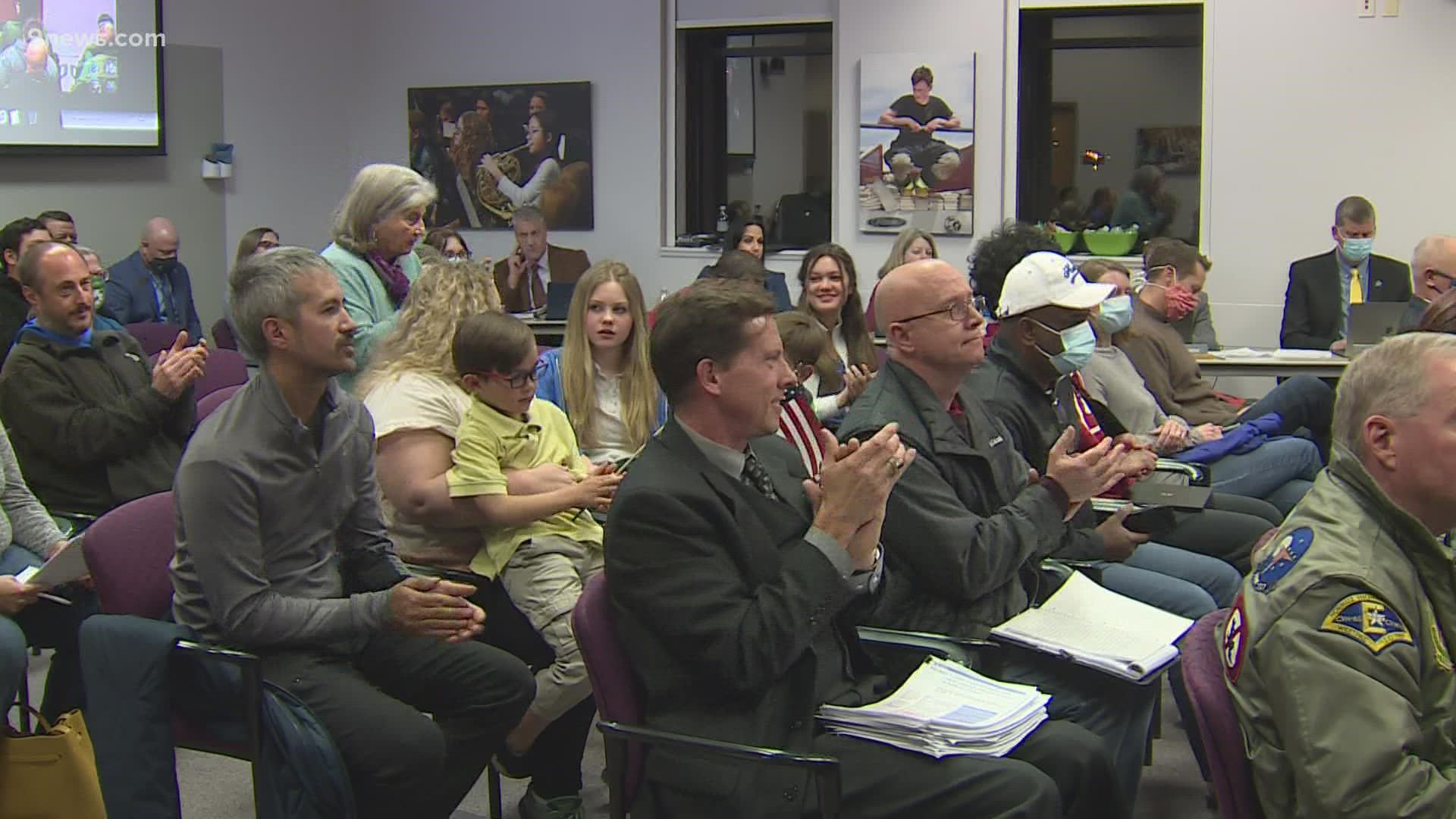 Douglas County School Board to vote on mask rules