The governor also said Colorado will get 17,000 more doses than expected next week during an update on the state's COVID response on Tuesday. 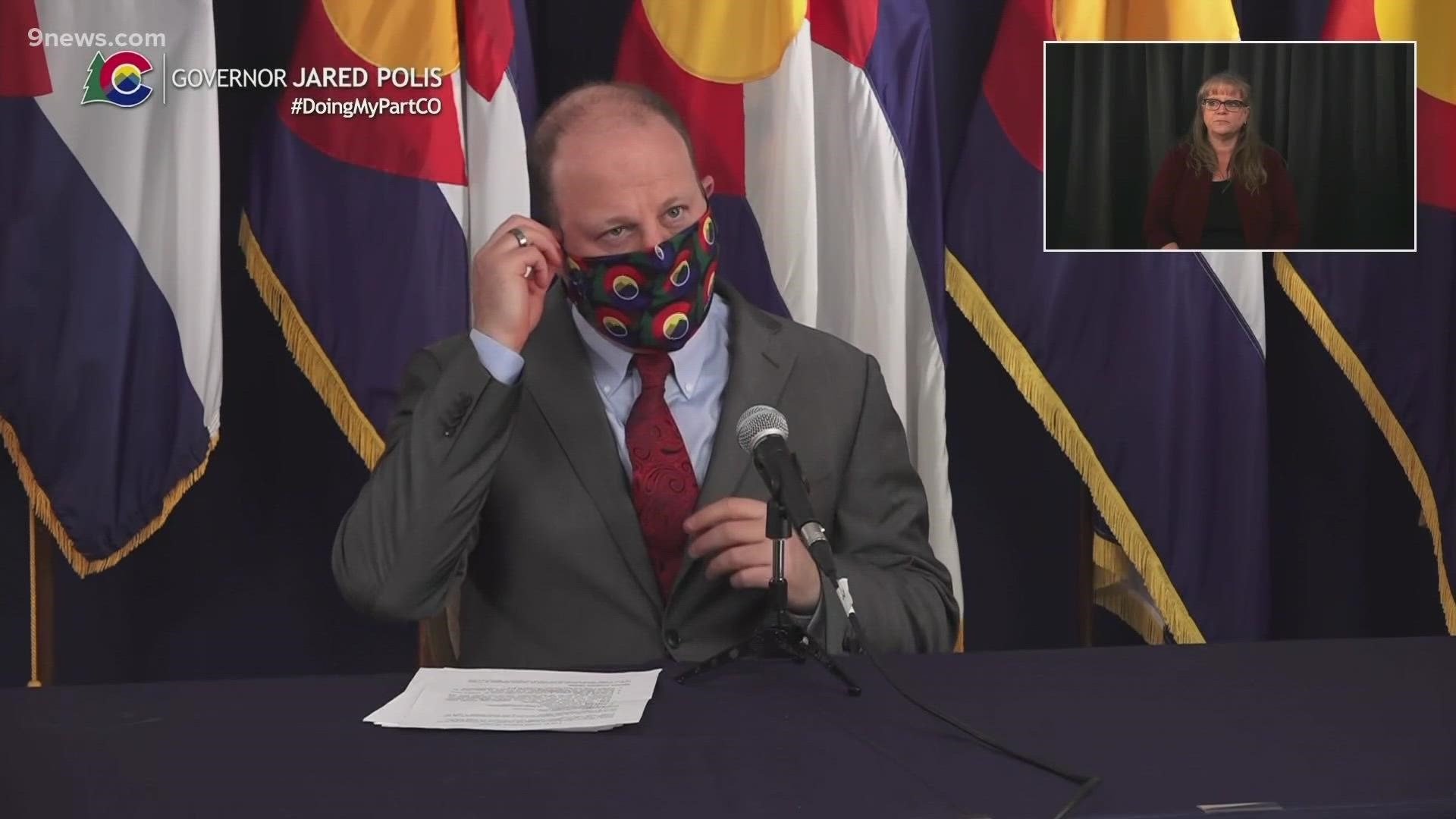 DENVER — Gov. Jared Polis (D-Colo.) gave an update on the state's response to COVID, cases and vaccination efforts on Tuesday.

Polis announced that more than 90% of Colorado kindergarten through 12th grade educators have received at least one dose of a COVID vaccine, which is about 108,000 Coloradans.

Polis also announced that Colorado will get 17,000 more vaccine doses next week than previously expected.

As the state continues to vaccinate the 60 and older population, which represents the majority of hospitalizations and deaths, Polis said he anticipates that restrictions will continue to be removed at a quicker pace as the threat of overwhelming hospitals decreases.

Polis also shared disappointment over the party that turned into a riot in Boulder last weekend.

"I'm hopeful that no one gets COVID from the result of last weekend's maskless, thoughtless rager in Boulder," Polis said. "But sadly, given where we are with the virus, that's unlikely."

"We're not out of the woods yet," Polis continued. "I know our college students want to party. They will be able to soon enough. But not today, not this week. Hopefully around graduation time."

Presence of COVID variants in Colorado

Polis was joined by Dr. Rachel Herlihy, state epidemiologist for Colorado Department of Public Health and Environment (CDPHE), who focused on the presence of the B.1.351 variant first discovered in South Africa.

So far, three cases of this variant have been discovered in the state as of Sunday, and they are the first cases discovered in Colorado, Herlihy said.

The cases were associated with the Colorado Department of Corrections in Buena Vista, including one case that was an incarcerated person, and it does not appear any of the infected had a history of travel, Herlihy said.

One case appears to be a reinfection, and none of the three people who got sick were vaccinated, according to Herlihy.

The state lab is hoping to increase its capacity to test variants to 5% of all tests in the state, and Herlihy said she is hopeful that will happen in the coming weeks.

Changes to the phases of distribution were recently announced, including new information about Phase 1B.3 and 1B.4.

Phase 1B.3 includes about 958,000 people who became eligible to receive the vaccine on March 5.

The Phase 1B.4 group is much larger and includes an estimated 2.5 million Coloradans, including those 50 and older, who could become eligible to receive the vaccine as early as March 21, officials said Friday.

Polis said that people should continue to adhere to COVID-19 precautions, such as wearing a mask, staying 6 feet apart from others, washing hands frequently and avoiding interacting with anyone outside their household when possible.

Those precautions, as well as an increased supply of the vaccine, may lead to an end of pandemic regulations by summer.

"I'm confident that by summer we’ll be very close to normal based on these vaccine predictions that we have today," Polis said.

RELATED: 'Summer will be very close to normal': An epidemiologist's take on Polis' bold prediction

There are 311 patients currently hospitalized with COVID-19 in Colorado as of March 8, and the seven-day, moving average positivity rate decreased slightly to 3.27%, according to the latest data from CDPHE.

CDPHE reports 437,187 people have tested positive for the disease caused by the novel coronavirus, COVID-19, as of March 8.

How to sign up for a COVID vaccine in Colorado

Polis announced last week that those 60+ became eligible for the COVID-19 vaccine on March 5, along with some frontline essential workers, such as grocery store employees, as the state nears its goal of vaccinating 70% of those 70 and older.