A week after Gov. Polis announced the state would receive far less doses from the feds, his office announced Monday it wants to take a calculated gamble. 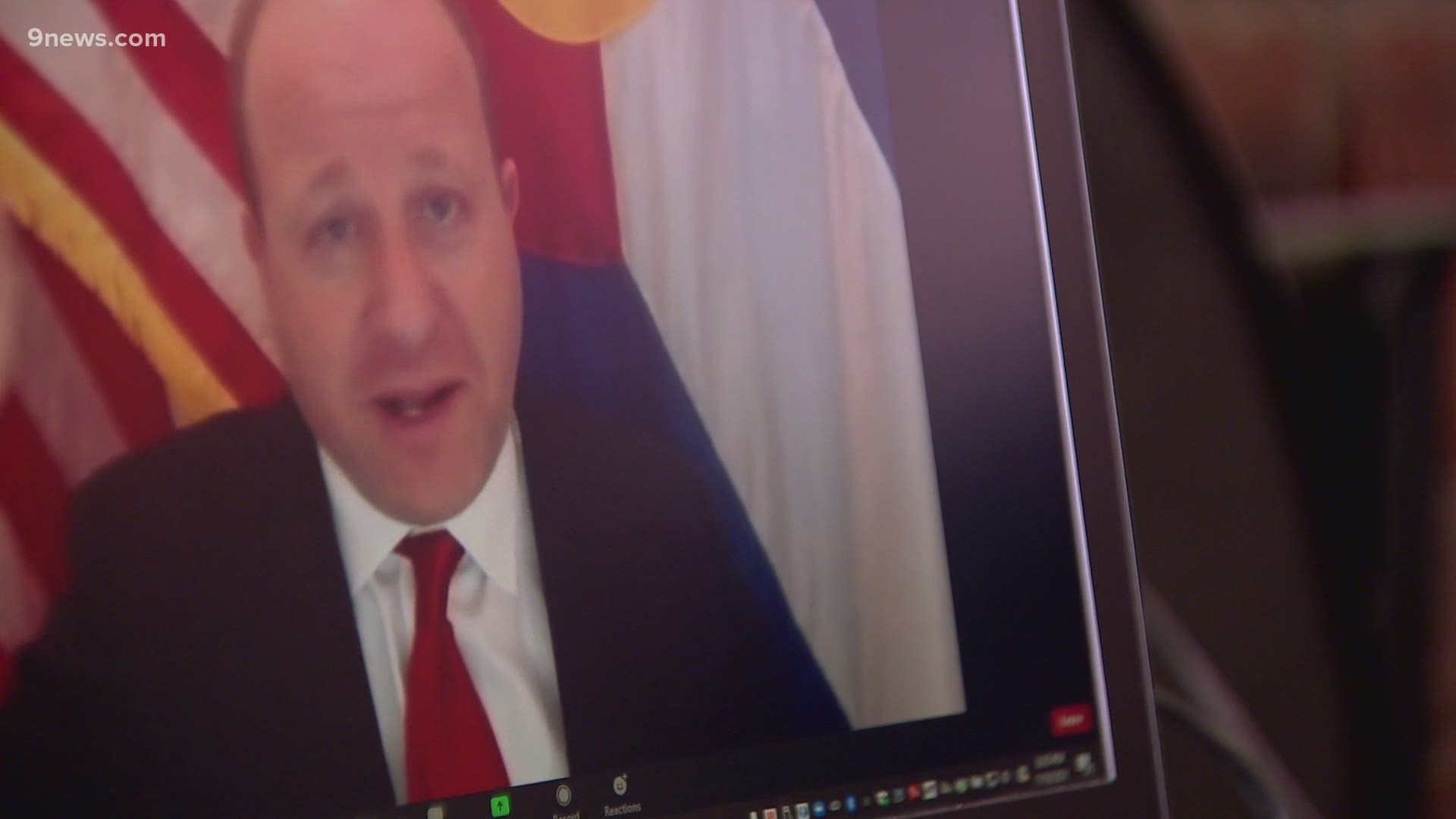 DENVER — Calling this an “extraordinary time,” Gov. Jared Polis (D-Colorado) on Monday called on vaccine distributors to immediately release tens of thousands of doses of COVID-19 vaccine that, as of now, are sitting on shelves awaiting injections for people in need of second doses.

The unusual move would put distributors in a vulnerable position of having to go “week to week” in their efforts to vaccinate but, according to the governor, should not immediately jeopardize the availability of second doses for those who have already received a first.

Those set to receive a second dose this week will not be impacted by the request, as Polis said distributors should “retain only enough second doses that are required for this week.”

The move represents a calculated gamble by the governor’s office.  The shots, roughly 40,000 in all, are sitting in what amounts to a limbo stage. They are designated “second doses,” but – as of now – are not scheduled to be injected right away.

“This has created a situation where we have a choice to either let them sit on shelves until they are needed for second doses, or we can manage our supply in real time and get more first doses in arms now,” said Polis in a written statement.

“I ask you to begin to actively manage your supply on a week to week basis, and do not let any vaccines sit on shelves,” he added.

> The full letter can be viewed here.

RELATED: Polis says he is 'shocked' after learning there is no reserve COVID vaccine stockpile

Polis appears to be banking on the idea that vaccine dose distribution will ramp up, perhaps significantly, during the first week of February. If it happens, it will allow the state to resupply the lost “second doses.”

“But should the supply chain at any point falter,” said Polis, “we are prepared to direct “first dose” deliveries to be utilized as second doses as needed to maintain the CDC recommendation for the booster shot.”

In other words, if the state fails to see a ramp up, it will make sure those in line to receive the second-dose “booster” do not have to wait longer to receive that important dose.

The state still believes, even with this new recommendation, that it will take until the end of February to vaccinate anyone over the age of 70 who wants to receive the vaccine.

Both the Pfizer and Moderna vaccines require two doses in order to obtain full effectiveness.