The state is discussing a plan for one big prize along with the possibility of thousand-dollar daily giveaways, a source told 9NEWS. 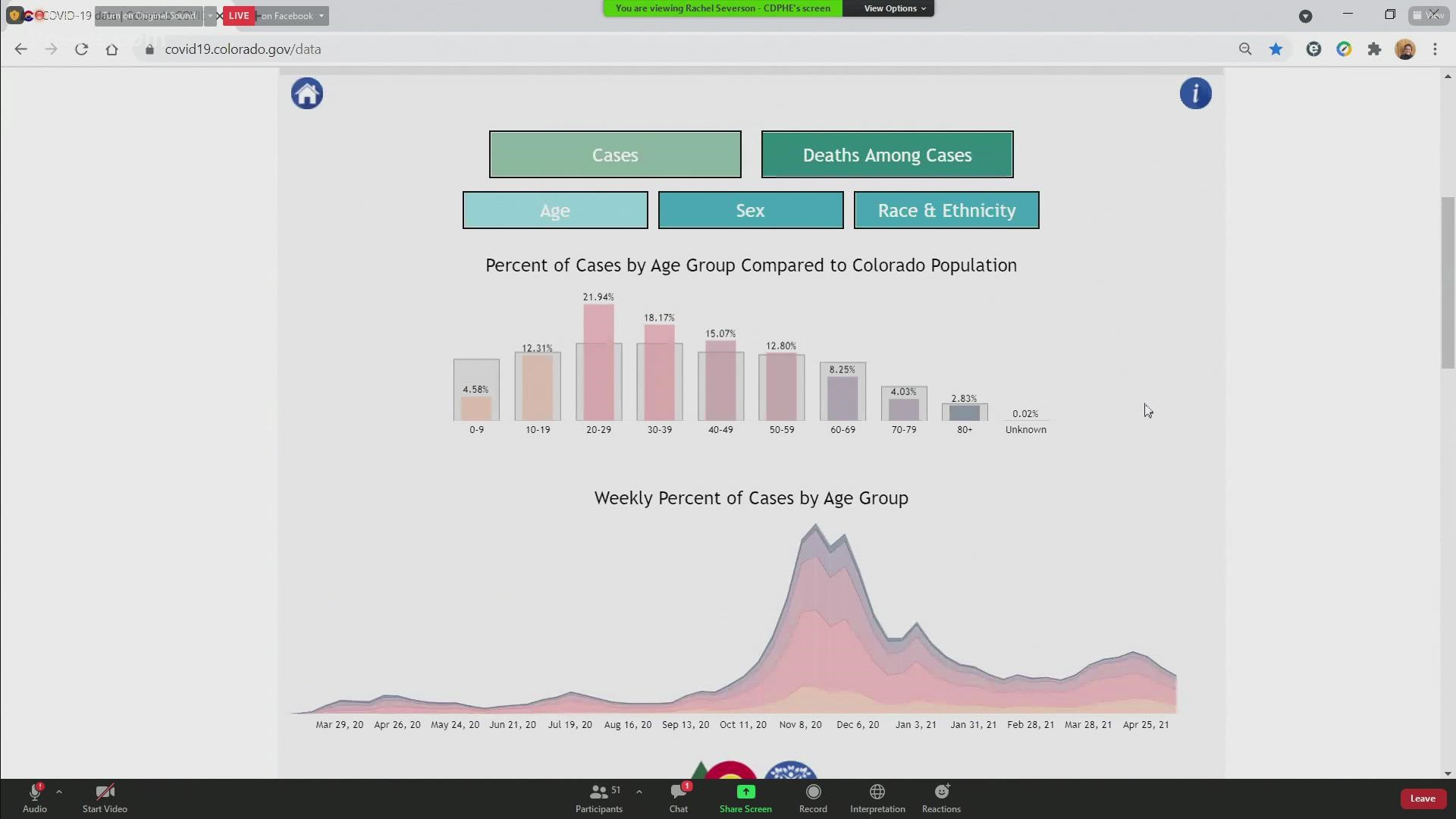 DENVER — The state of Colorado will use a sweepstakes to encourage people to become vaccinated for COVID-19, a source with knowledge of the process confirmed to 9NEWS.

The specifics have not yet been worked out, the source said, but details are scheduled to be announced Tuesday.

Gov. Jared Polis hinted at the possibility of taking such a measure when 9NEWS' Kyle Clark tweeted at him Thursday to ask what he thought of the idea. His response was, "Stay tuned."

I asked Colorado Gov @jaredpolis what he thought of vaccine incentive lotteries and this was his response. #9NEWS https://t.co/dN6sqdpbTA

As the state waits on a formal announcement, 9NEWS reporter Marshall Zelinger was told the sweepstakes will likely offer one large prize, as well as prizes of $1,000 per day for a designated number of weeks. We’re also told that, for legal reasons, the state has to classify this as a sweepstakes and not a “lottery.”

People would have to enter the sweepstakes, as the state does not have a database of names to use to determine eligibility. Anyone who wins would likely be asked to show a vaccination card, the source said.

Money will not come from the state budget, according to the source.

A spokesperson for the governor's office declined to confirm the report, instead offering the following statement:

“Colorado is currently considering a variety of options to encourage more people to get vaccinated. Additionally, Colorado is closely following what other states are doing to encourage vaccinations, including Maryland and Ohio’s statewide lotteries for vaccinated residents. Colorado has provided a few incentives to vaccinated individuals already, including partnerships with radio stations that give out free state park passes.“

About 2.9 million Coloradans have received at least one COVID-19 vaccine dose, according to the Colorado Department of Public Health and Environment.

RELATED: 70% of positive COVID cases in Colorado are variants

RELATED: Yes, businesses can require unvaccinated customers to wear masks even if there are no mandates