Gov. Polis assures second doses of COVID-19 vaccine will be available on schedule

Some Coloradans who received the first dose of the COVID-19 vaccine are worried about potential delays in getting their second shot. 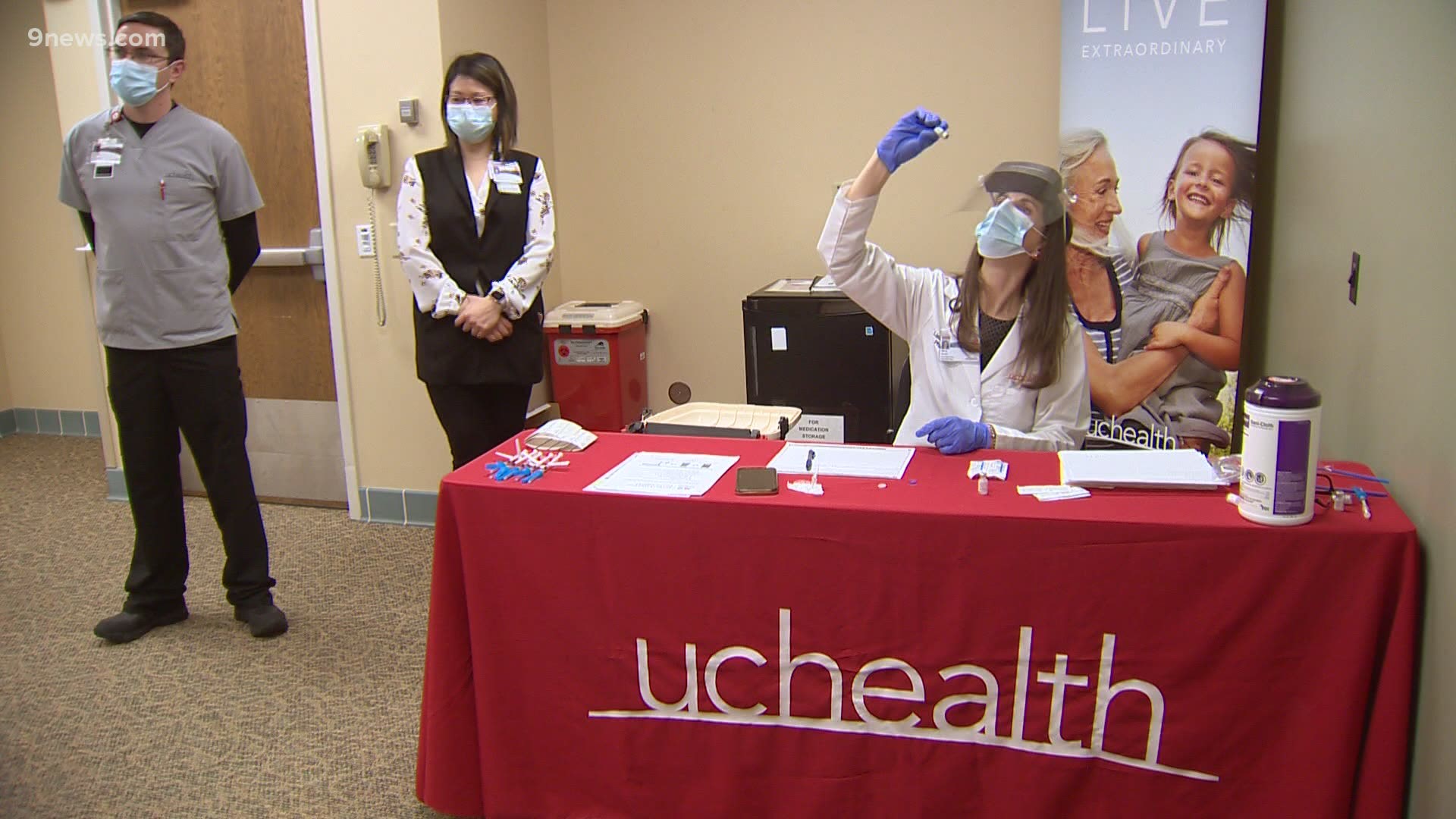 DENVER — Gov. Jared Polis on Tuesday said second doses of the COVID-19 vaccine should be available to Coloradans on time whether the state gets a boost in supply of the vaccine or not.

"The state is moving to real-time inventory management, meaning the week that you need a second dose, we will use the doses that are received that week," Polis said.

While the governor expressed confidence, some Coloradans are concerned about the supply of the vaccine and the effectiveness of a single dose if a second shot is delayed.

“Wouldn’t that mess up the efficacy of my first vaccine?" asked Barbara Henderson. “That’s my worry, and I think that’s the worry of all my friends, too."

"It concerns me," she said. "I don’t want to have to start over again.”

RELATED: 'We need more vaccine:' Polis says state doing all it can with limited supply

RELATED: Frustration grows trying to get parents over 70 'on the list' for COVID vaccinations

Dr. Thomas Campbell, chief clinical research officer at UCHealth, said he encourages people to get the second dose of the vaccine as soon as it's available to them.

Campbell said there's very little information on the efficacy for the Pfizer and Moderna vaccines if only a single dose is given.

“We know that there is detectable antibody that appears three to four weeks after the first dose of both vaccines, but we know that after getting the second dose, the level of antibodies goes up another tenfold," he said.

Getting a second dose is important, Campbell said, even if logistical issues in vaccine distribution lead to a delay.

“We do know from other vaccines that we commonly use in practice that a second dose can be given later than four weeks and still get that boost in antibodies," Campbell said. “But if it’s delayed by weeks or perhaps delayed even by months, we’d still expect that that booster effect would kick in.”

Polis said Tuesday the state needed more visibility of the supply chain from the federal government. Polis said 80,000 doses of the vaccine were delivered for the entire state this week, and he's hopeful the weekly allotment will increase.

"We hope it does, but the second dose does not rely on an increase," Polis said. "That can be supplied from the current flow, and we are optimistic that the number of vaccines delivered to our state will increase over time."

Like many Coloradans, Henderson is counting on the vaccine, and she hopes she'll get her second dose as scheduled.

“Because I want to live," she said.