Some Denver restaurants and bars requiring customers to be vaccinated

One Denver bistro requires vaccines one night of the week--Wednesday. What used to be one of their slowest nights is now one of their busiest. 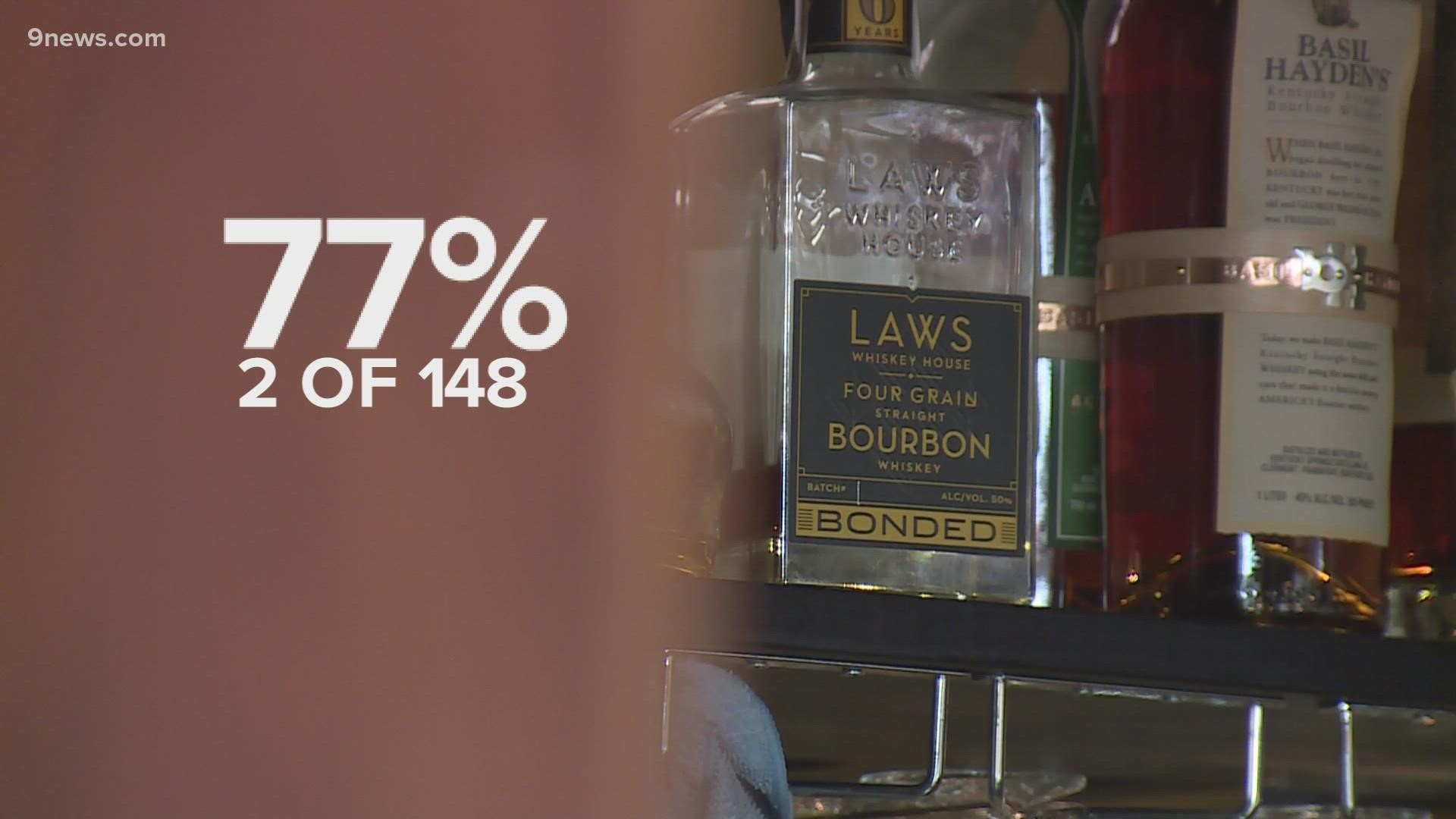 Now, customers of some Denver restaurants and bars also have to prove their vaccination in order to be served.

The amount of restaurants and bars requiring customers to be vaccinated is relatively small as of early August.

According to the Colorado Restaurant Association's most recent impact survey, which polled restaurants across the state in early August, more than 12% of restaurants were planning to institute mask or proof of vaccine requirements soon, "and wish there was a public policy or government mandate in place to support them."

Just two out of the 148 businesses that responded to that survey said they required customers to show proof of vaccination.

The association said they may update those numbers in a few weeks.

Some Denver-area restaurants and bars that have been mandating vaccines for months say it's helping more than just sales.

A change in atmosphere

At Triangle Denver, they've been requiring proof of vaccination before entering the bar since mid-August. They'll accept proof through the actual cards, pictures of the cards and more.

“We have guests that email or reach out to us on social media and actually let us know that they appreciate it and they actually feel safer when they come out," Triangle Denver co-owner Sean O'Grady said.

O'Grady said they try to get the word out about their mandate, and when they do turn people away at the door, it's typically people from out of state.

Every employee and performer also has to be vaccinated against the virus, according to O'Grady.

Overall, he said it hasn't changed their sales. In fact, their sales have remained consistently the same as before the mandate. But it has changed the atmosphere.

“I think we actually looked forward to it," O'Grady said. "When we were required to make sure people were sitting and to keep a mask on, before they lifted all the mandates, it was really awful. People were screaming at staff. People were just acting horribly."

O'Grady said now, those incidents are prevented at the door, when they turn away anyone who isn't able to show proof of vaccination.

"I think it's the responsible thing to do, to get vaccinated," he said. "If you're not vaccinated, we don't want to be the space or the cause of your infection. We don't want your family to lose you because you were out at a bar unvaccinated."

Over on Colfax Avenue, To The Wind Bistro instituted a vaccine mandate for its customers on one night a week: Wednesday.

What used to be one of their slowest nights of business is now one of their busiest, he said, crediting the mandate for driving in the business.

"That’s 99% of the reason they come in here. When they call and make reservations I remind them, and they’re like ‘oh yeah yeah – that’s why we’re coming that night,'" he said.

He said overall there's been positive feedback regarding the mandate.

“We get quite a few repeat customers on Wednesday nights," he said.

Credit: Taylor Schuss
To The Wind Bistro prepares for a busy Wednesday night.

Bonanno Concepts' long-awaited proof-of-vaccination requirement went into effect on Sept. 30. The restaurant group, which owns several restaurants in the area, initially required its employees to be vaccinated.

"Our staff was prepared, and we did a great job of preparing the guests," she said in a statement. "Many of the people who did show up without cards were able to pull them up from the My Colorado app, or, if that wasn’t possible, they agreed to come back a different time."

"Those who we did turn away were all friendly about it, and we also had a large number of reservations that came to the restaurants this last weekend because of the policy," she said. "These people were so happy to be with us, and it was such a pleasure to see that.”