How do you determine the success of a vaccine incentive contest? 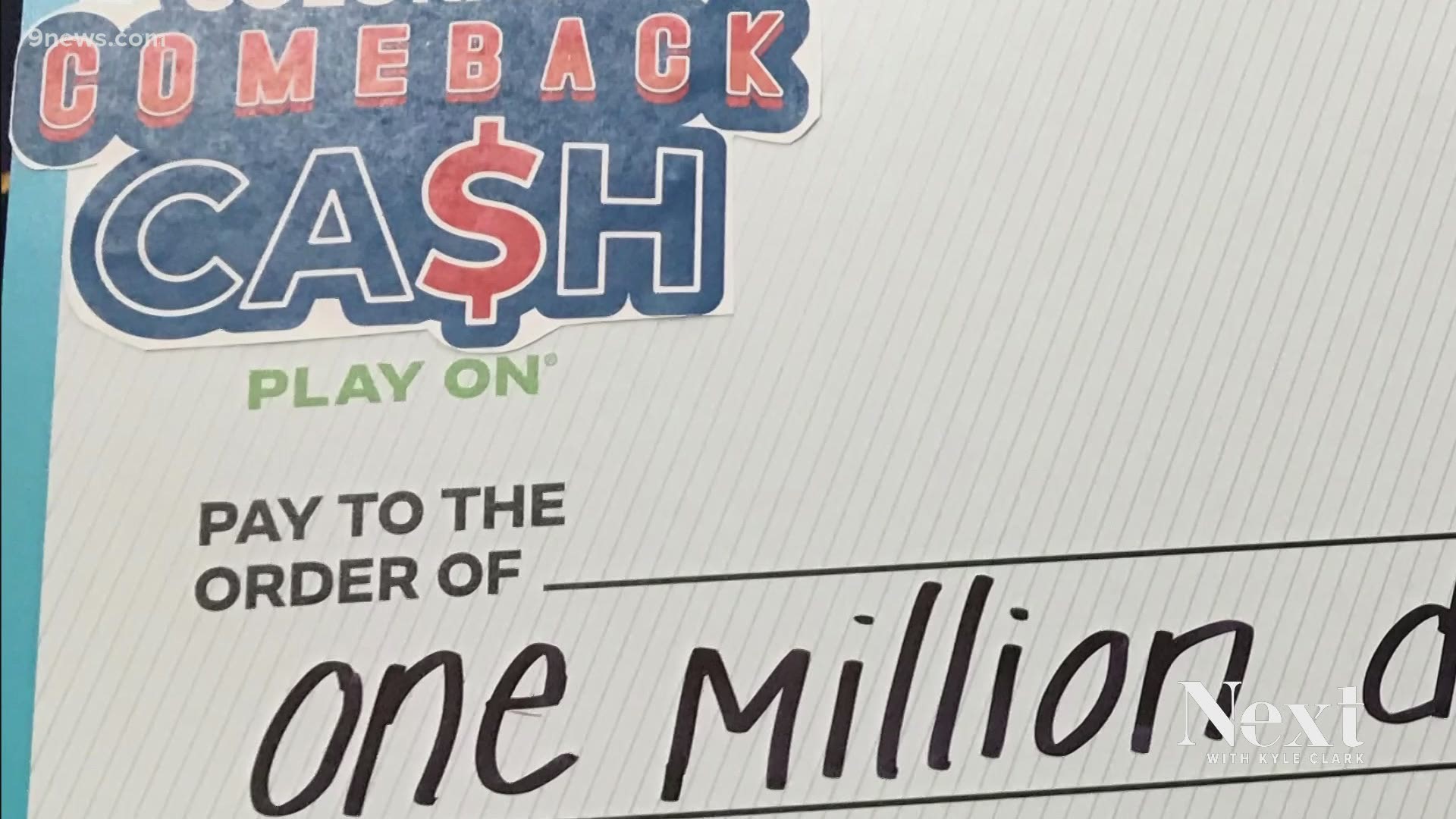 DENVER — He is a Colorado Rockies fan, so here is a baseball analogy.

All four of the winners of the $1 million vaccination incentive contest received their vaccines prior to the contest, which was meant to encourage unvaccinated Coloradans to get vaccinated.

"The vast majority got vaccinated because they wanted to be protected, they wanted to be safe. I wouldn't be shocked if all of the winners aren't from that broader category. This is designed to get a few percent more," said Polis. "You know to be at 70 [percent] on July 4 instead of 67 percent."

President Joe Biden had set a July 4 goal of getting 70% of the eligible population vaccinated nationwide.

According to a spokesman for Polis' office, the state is now at 69.23%.

"Our research shows that between 10 and 20 percent of the population that plans to get it, they say 'I'll probably get vaccinated. Not tomorrow. I work this week. I'm busy this weekend, I don't want to be sore the next day.' They're putting it off, putting it off. And so, this is designed to say, 'make a plan now and get vaccinated,' and absolutely, we can point to -- we think it's had a several percentage point increase in where we would be," said Polis.

"Really hard to tell that just by looking at the Colorado data all by itself," said Glen Mays, professor of public policy for the Colorado School of Public Health.

"Just by eyeballing it, it looks like the pace of decline slowed a bit during the initial weeks after the announcement," said Mays. "It's very difficult to, kind of, tease out the effects of the lottery, without comparing ourselves, Colorado, to other states that did not implement a lottery."

"It's not designed to change anybody's opinion. For those who are not, they are not going to get the vaccine, the chance to win $1 million or $50,000 is not going to get it," said Polis. "I hope that we have a winner that got vaccinated because of it, but most people are just doing the right thing to protect themselves, but yes, this will drive a few more percent to get it now rather than in September, rather than in October."

Knowing if the contest worked might never be known, since you cannot look at a Colorado in the same timeframe without the contest.

"I'm optimistic we can disentangle the effects with a more robust analysis using national data," said Mays. "It's just really hard to do in real-time."

Polis also hinted at additional incentives beyond the $1 million and $50,000 scholarships for those 12-to-17 years old.

"In addition to this piece, we're also looking into how we can do more around smaller incentives, that are actionable at the time," said Polis. "You know, $50 gift certificate, $100 gift certificate, ski pass, [Colorado] Parks and Wildlife Pass, so we're doing all those kinds of things and you'll see more of that also."

RELATED: How many vaccinated Coloradans have gotten COVID?