We asked our 9Health expert and an immunologist to walk us through the differences between the Pfizer, Moderna and Johnson & Johnson vaccines. 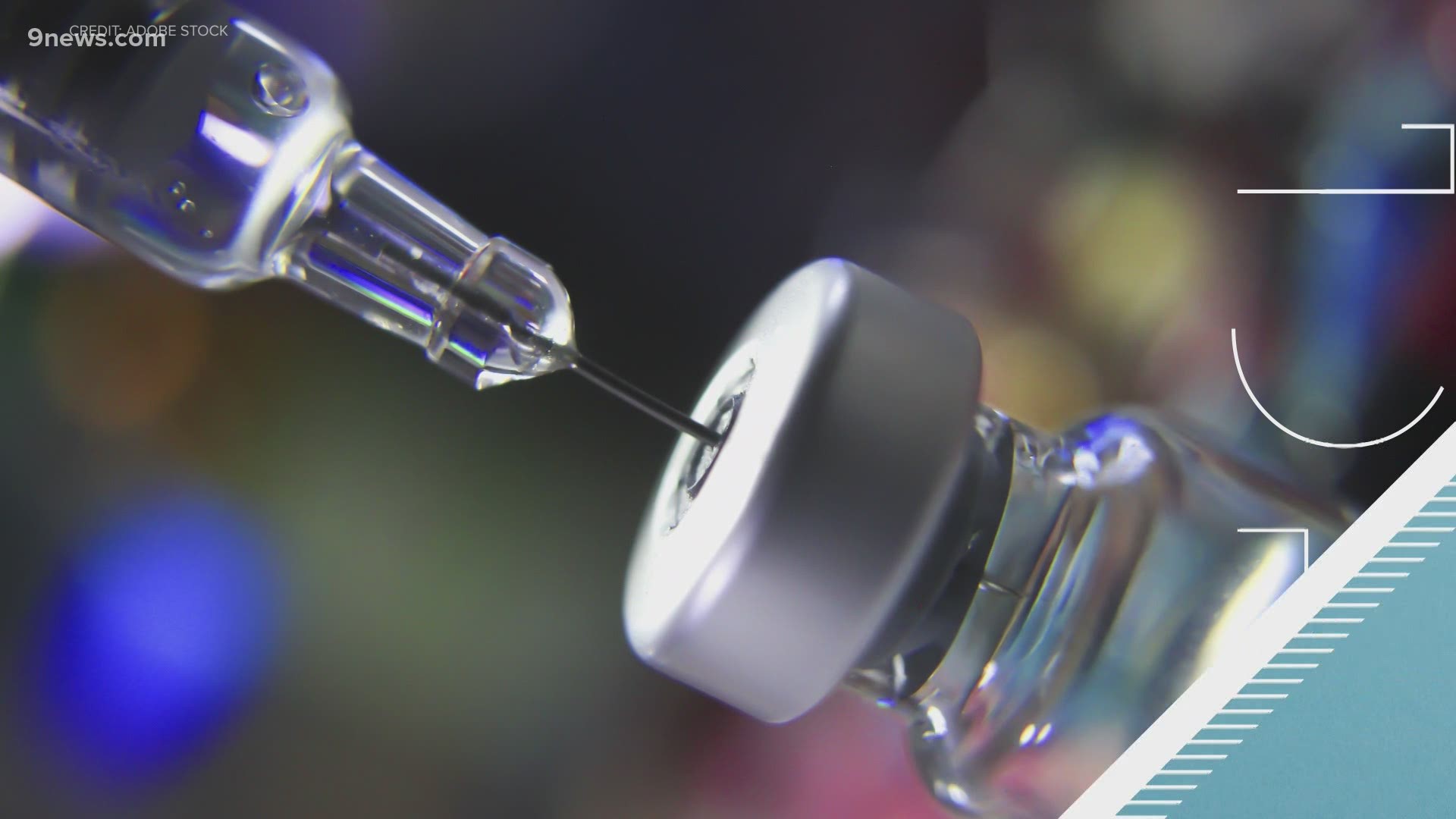 DENVER — In a review released Wednesday, scientists for the Food and Drug administration found Johnson & Johnson's (J&J) single-dose vaccine to be safe and effective.

The review paves the way for the vaccine to join those created by both Pfizer and Moderna with an emergency use authorization.

Scientists found the vaccine to be about 66% effective at preventing moderate to severe COVID-19 symptoms, and about 85% effective against the most serious illnesses.

In the United States, the shot was 72% effective at preventing moderate to severe COVID-19 cases.

J&J tested its single-dose option in 44,000 adults in the U.S., Latin America, and South Africa.

The Pfizer or Moderna vaccines tout efficacies above 90%, though it is difficult to compare the two mRNA vaccines with the single-dose J&J option for various reasons.

"I'm very concerned that if these numbers dissuade people from getting whatever vaccine is available to them that will have a significant negative impact on our returning to normal life,"  Dr. Ross Kedl, a professor of immunology at CU Anschutz, told 9NEWS.

"All three vaccines are excellent vaccines, and really the last thing I want people to do is hear a number and say, 'oh this is less efficacious and so I’m not going to get it' when it becomes available to them," Kohli said.

We asked the doctors to walk us through the differences among the vaccines and the impact the introduction of the J&J vaccine could have on our nation's path out of the pandemic.

How does the Johnson & Johnson vaccine differ from the Pfizer and Moderna vaccines currently in use?

Kohli: This is a DNA vaccine technology which is something that we’ve used before. It’s been around for a long time, and I think that’s something that some people would feel more comfort with as opposed to the messenger RNA vaccine where is a relatively newer technology.

Kedl: The vaccine platform is a little bit different. The other two are mRNA vaccines. The way in which those mRNA vaccines are designed, they're meant to try and mimic the invasion of a virus. It's sort of like biohacking your way into an immune response. They're packaged in a way that the cell takes them up similarly to a virus infection and then responds similarly in that regard. The J&J vaccine is actually an actual live virus that will infect your cell. It's replication-deficient, so it doesn't replicate once it's there, but because it infects the cell in a natural way, it engages all of the natural ways in which our immune response has evolved over the years to get rid of viruses. As a result, it generates a very strong immune response.

What about the differences in protection?

Kedl: There are some differences in the degree of protection from more moderate to severe COVID. I think that's one of the numbers that people are sort of looking at a little askance. But it gives very strong immunity. One of the advantages of the J&J vaccine is that it gives you a very balanced immune response. The mRNA vaccines will give you a very strong antibody response but there's another part of your immune system, your T cells, they don't generate quite as good T cell responses. In contrast, the J&J gives you really nicely balanced T and B cell immunity. That has a lot of benefits when it comes to durability, as well as the ability to protect against variants. So, there are some advantages to that. I think time will tell exactly how that plays out. For the time being, from an immunologist's perspective, these frequencies of protection are really, really exciting.

Kohli: All three vaccines are excellent vaccines, and really the last thing I want people to do is hear a number and say, 'this is less efficacious and I’m not going to get it' when it becomes available to them.

The J&J vaccine confers immunity upon you a lot faster than the Moderna or Pfizer vaccine. Really after two weeks, you start to have protection with the one shot, and we’ve seen that in the clinical trials. Whereas with Pfizer it takes four weeks and Moderna it takes six weeks.

If there's ever an option to pick a dose, what should people consider?

Kohli: Only those who have a hypersensitivity/reaction to any component of the other vaccines.

Kedl: The people set to best benefit from the J&J vaccine are those who previously had Covid. It has been shown that a single vaccine shot for Covid positive individuals gets their immunity as high and higher than those with 2 shots of the mRNA vaccines. 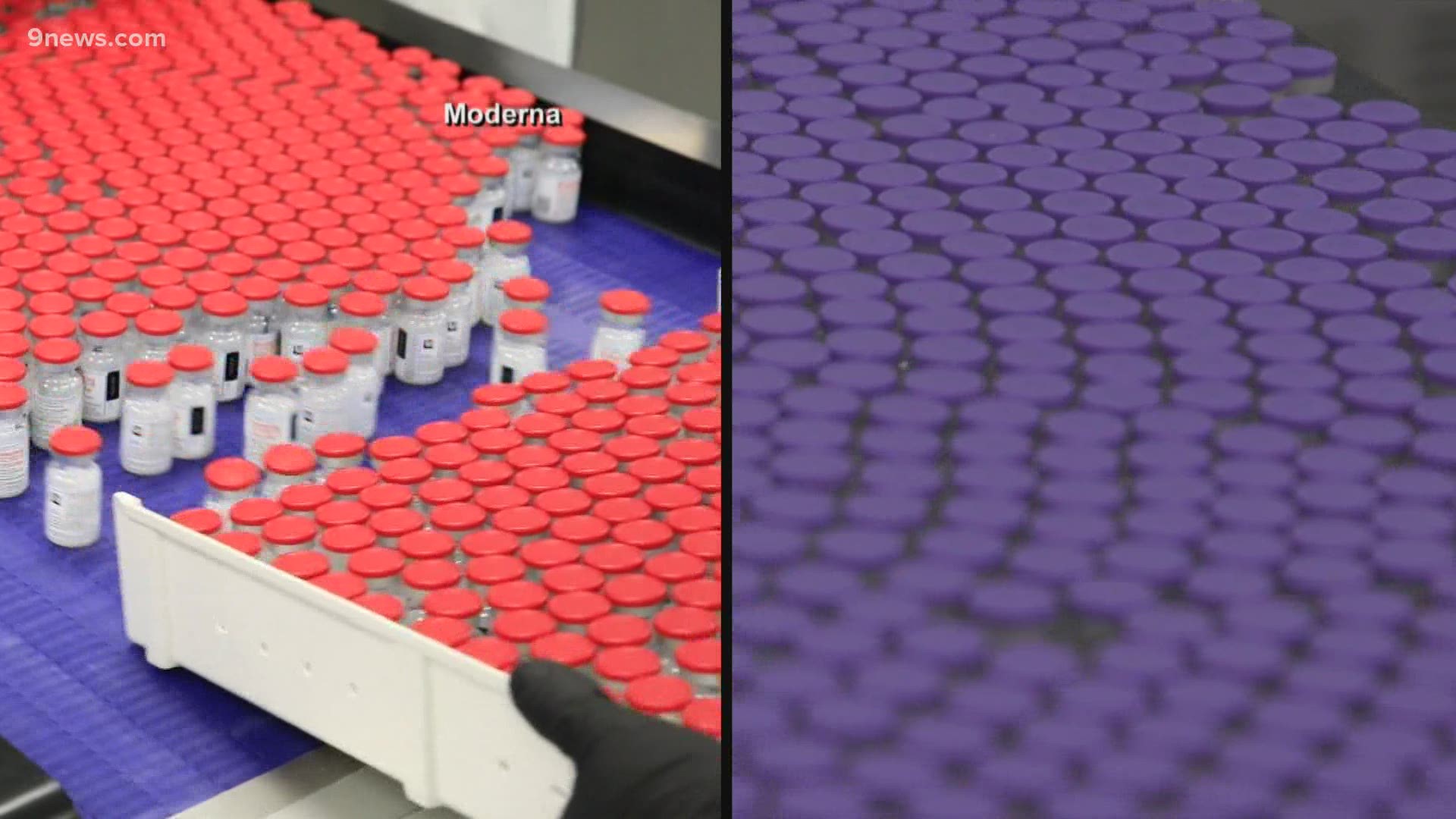 What's important to consider when the vaccines were studied?

Kohli: It’s a little like comparing apples and oranges when you do trials at two different time periods with two different opponents, so to speak.

With the clinical trials of the Johnson & Johnson vaccine, we see some differences based on geography because the amount of virus that’s circulating in different parts of the world. That’s why the efficacy varies, because it really depends not just on the intrinsic vaccine, but also on what is going on in the community. The Moderna and Pfizer trials were done when the original strain was circulating, and now we have more aggressive mutants that are more contagious and more virulent and so that may impact some of the numbers that we’re looking at.

What will the distribution process look like when it comes to the Johnson & Johnson vaccine?

Kohli: Getting it out is going to be a lot easier, because it’s able to be stored at average temperatures for several months as opposed to those messenger RNA vaccines which are much more sensitive to degradation

Kedl:  Once it becomes regularly available to anybody, will you be able to go to a place to get a vaccine and pick and choose which one you get? At the moment, you just show up where they tell you to go, and either they have the Pfizer or they have the Moderna. You’re not really given options. Where that will go from here is unclear to me. Certainly, the other benefits of the J&J vaccine, it really only takes one shot. People don’t like to come back for two. Especially, they don’t like to come back when it gives them a pretty good side effect. My second shot of the Moderna vaccine, that hits you like a truck. This J&J vaccine has very moderate side effect profiles. Very few people have any significant effects off of a single shot and then you’re one and done. Those are significant advantages particularly from a distribution and a public health standpoint.

What do we know so far about the Johnson & Johnson vaccine and transmission?

Kedl: We've never had vaccines this potent that didn't really robustly block transmission. Even though up until now we haven't been able to prove it, we pretty well knew that was most likely the case. I think the messaging that's been given is has been disincentivizing people to even getting a vaccine. I think this has been one of those examples where scientific leaders have to be pretty thoughtful about how they're messaging these things. A message of, ‘great news, we're just waiting on the final data but we're confident this information that it blocks transmission is coming down the road.’ That's a different message than the one I think that's been given. I would like to emphasize, it's on its way. Society is about to shift again. So, that’s good news.

How will an Emergency Use Authorization from the FDA of the Johnson & Johnson vaccine impact our nation’s path out of the pandemic?

Kedl: It just gets better and better. The more vaccines we have, the faster they're distributed, the quicker people are immunized, the more rapidly we'll achieve herd immunity and be able to kind of leave this phase of response to coronavirus behind us. The efficacy of this is very strong, it's very robust. It has a slightly different profile than the other two vaccines but still very powerful immunity that's generated. 100% effective at keeping you out of the hospital 28 days after the vaccine. So, good news and really robust activity against the variant strain in South Africa. There are also some very good data that it’s blocking transmission as well. We’ve been lacking that data. Anybody in vaccinology for the last 50 years would have looked at these vaccines and said, ‘for sure, they're going to be blocking transmission.’ Now we're getting real data on that and that's a huge advantage.

Kohli: We have not one, not two, but three really good candidates now hopefully here in the United States. I really do think by the end of the year if we can get most of us vaccinated, we are looking at hopefully some return to normality

Remember, two things have to happen for us to return to normality. We have to get vaccinated at least 70 percent of us, and the cases in the community have to go down. SO, keep making the effort to make sure both of those things become a reality before the end of the year.

RELATED: Q&A: Vaccine impact on transmission of the virus that causes COVID-19